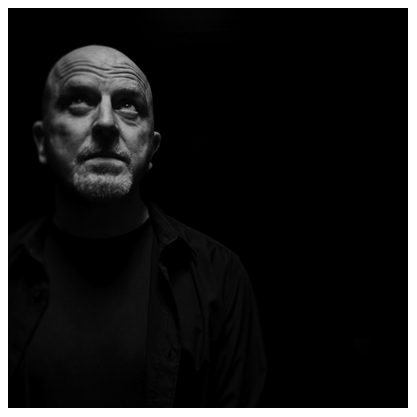 Brian Lustmord is a Welsh musician who currently resides in California. He is often credited for creating the dark ambient genre with albums recorded under the name Lustmord. As well as Lustmord he is also known for his sound design and film score work.

He started recording as Lustmord in 1980 before joining SPK in 1982. He has made field recordings in crypts, caves, and slaughterhouses. Some of Lustmord’s most notable collaborations are with Jarboe, John Balance, Monte Cazazza, Clock DVA, Chris & Cosey, Paul Haslinger and The Melvins.

Throbbing Gristle’s first album, “The Second Annual Report” released in 1977. At the time there were a lot of interesting (and not so interesting) things going on in music, particularly with punk and the impact that had, and while there are other albums that left a deep impression over time, it is this one that stands out as being the one that showed a different approach and pointed towards new possibilities. I was impressed enough to get in touch with Throbbing Gristle and former members Chris and Cosey remain close friends to this day.

(Trivia Note: Years later in the early 90’s I compiled a four CD collection of what I personally considered the best of live TG (Throbbing Gristle Live Volume 1-4) for Mute Records.

2.) HOW MANY HOURS DO YOU SPEND A WEEK RECORDING/PLAYING/CREATING?
I’m always working on something in one way or another.

3.) WHICH OF YOUR OWN CREATIONS IS YOUR FAVOURITE?
The album of my dub mixes of Puscifer: “D is for Dubby”.

4.) WHAT IS YOUR BIGGEST REGRET?
Some things I didn’t get to say to people that mattered.

5.) WHAT DO YOU DO TO RELAX?
Read, watch movies, hike, hang with friends etc.

6.) OTHER THAN FRIENDS AND FAMILY WHAT IS YOUR MOST CHERISHED POSSESSION?
I don’t have one possession that I value above all the others (my dog would count as family). I can’t think of something specific that I’d grab if I had to run out the house during a fire, other than photos and my hard drives.

7.) TELL ME THREE OF YOUR HEROES/HEROINES?
I’ve never been one to have heroes and don’t like seeing people being put on pedestals. I like people who are individuals, those who create something original rather than copy, and those that stand up to bigotry, hypocrisy and the general nonsense of life.

8.) WHERE IS YOUR FAVOURITE PLACE IN THE WORLD?
Next to Tracey, my partner of 32 years.

9.) IF YOU DIDN’T HAVE YOUR ART WHAT OCCUPATION DO YOU THINK YOU WOULD BE DOING?
I can’t imagine not doing what I do… it would have to be something creative.

10.) IF THERE IS ONE THING THAT YOU WOULD WANT THE WORLD TO KNOW ABOUT YOU THAT YOU HAVE NEVER CONVEYED IN AN INTERVIEW BEFORE WHAT WOULD THAT BE?
Interesting question. I’ve never felt that the world needs to know anything in particular about me.