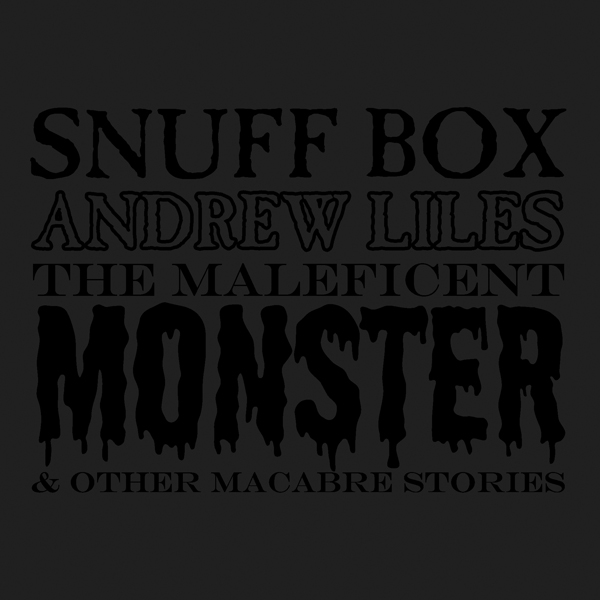 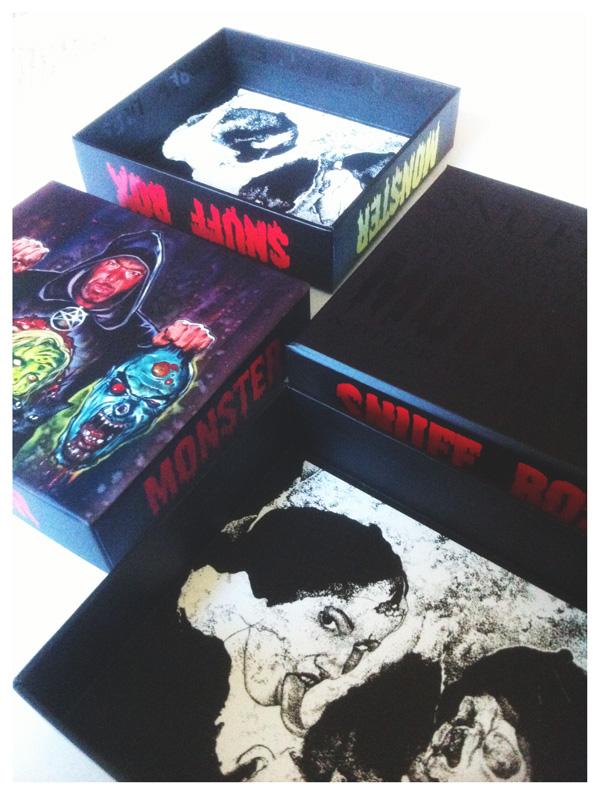 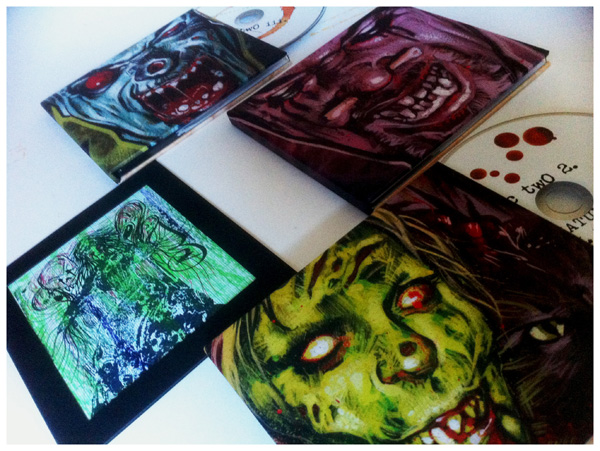 ‘Snuff Box’ is a deluxe 3 CD box set (Guinea Pig, Supernatural Cannibal Zombie and The Dnepropetrovsk Maniacs). All discs come in deluxe digipacks which are housed in an embossed and spot varnished box. Also included is a unique signed piece of original art by Andrew Liles. Released in an edition of 151 copies.

The amazing printed art on the inner sleeves comes from Marc Beattie and on outer covers from Graham Humphreys (the revered British designer and illustrator responsible for some of the best film posters of the 1980’s including Evil Dead, Nightmare on Elm Street and album covers for The Cramps and The Lords of the New Church).