Musician: Dragon Or Emperor, Songs Of Norway, Volcano The Bear 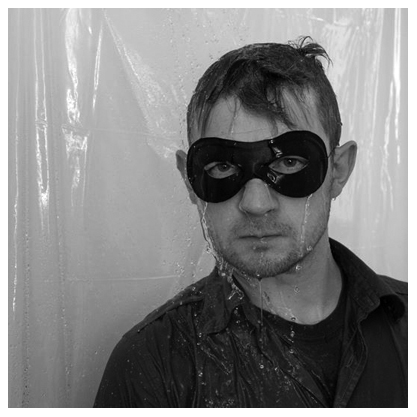 Aaron is an English multi-instrumentalist who now lives in Brooklyn. He was a founding member of the English experimental music group Volcano The Bear.

Liles appears on Aaron’s 2005 album ‘The Accidental’ and Aaron appears on the Liles albums ‘In My Father’s House are Many Mansions’ and ‘My Long Accumulating Discontent’.

2.) HOW MANY HOURS DO YOU SPEND A WEEK RECORDING/PLAYING/CREATING?
It depends what I’ve got coming up gig wise and recording wise. I’m not very prolific as I have a day job that eats up a lot of my time and energy. Around 10 to 20 hours a week.

3.) WHICH OF YOUR OWN CREATIONS IS YOUR FAVOURITE?
I’ve very fond of VTB’s album ‘Classic Erasmus Fusion’. I spent the last 2 and half years putting together a mammoth VTB box set called ‘Commencing’ – Perhaps that will be my favourite once I get passed my involvement in it and can hear it again with fresh ears. It’s a super varied document of a band I’ve been involved in for 20 years.

4.) WHAT IS YOUR BIGGEST REGRET?
Not giving up cigarettes.

6.) OTHER THAN FRIENDS AND FAMILY WHAT IS YOUR MOST CHERISHED POSSESSION?
My hands and my ears. I’ve currently got an ear infection and haven’t been able to hear in my right ear properly for over a week. Going deaf scares me more than going blind.

7.) TELL ME THREE OF YOUR HEROES/HEROINES?
I don’t think I have any actually. I don’t worship anybody though I admire many people.

8.) WHERE IS YOUR FAVOURITE PLACE IN THE WORLD?
My apartment in Brooklyn and my home town in Leicestershire.

9.) IF YOU DIDN’T HAVE YOUR ART WHAT OCCUPATION DO YOU THINK YOU WOULD BE DOING?
I’m a painter & decorator by trade. I’ve been doing it longer than I’ve been playing music. I still do it now so I can presume that that would be my occupation.

10.) IF THERE IS ONE THING THAT YOU WOULD WANT THE WORLD TO KNOW ABOUT YOU THAT YOU HAVE NEVER CONVEYED IN AN INTERVIEW BEFORE WHAT WOULD THAT BE?
I don’t consider myself an artist. I’m a creative person with an output but I’m not an artist. I see art as something that needs a meaning behind it, something to say. I don’t think I have anything to say through my music. I’m only interested in creating something new and challenging myself that way. I’m not really interested in art.