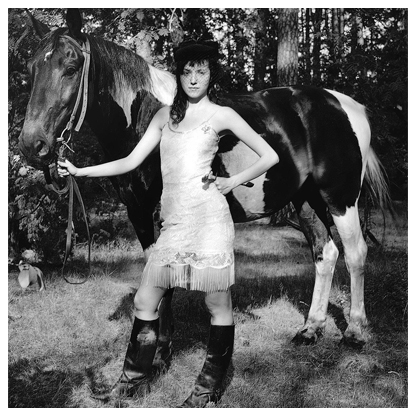 Aleksandra is a graduate of the Academy of Fine Arts in Warsaw. Her paintings include “nasty children” and “fantastic animals” which invade the canvas with their morbid figures and jarring symbolism. She creates a new Gothic style that meshes surrealist imagery, medieval mystery and fairy tale themes. She is also influenced by the Greek film director Athina Rachel Tsangari’s short movie “The Capsule”. 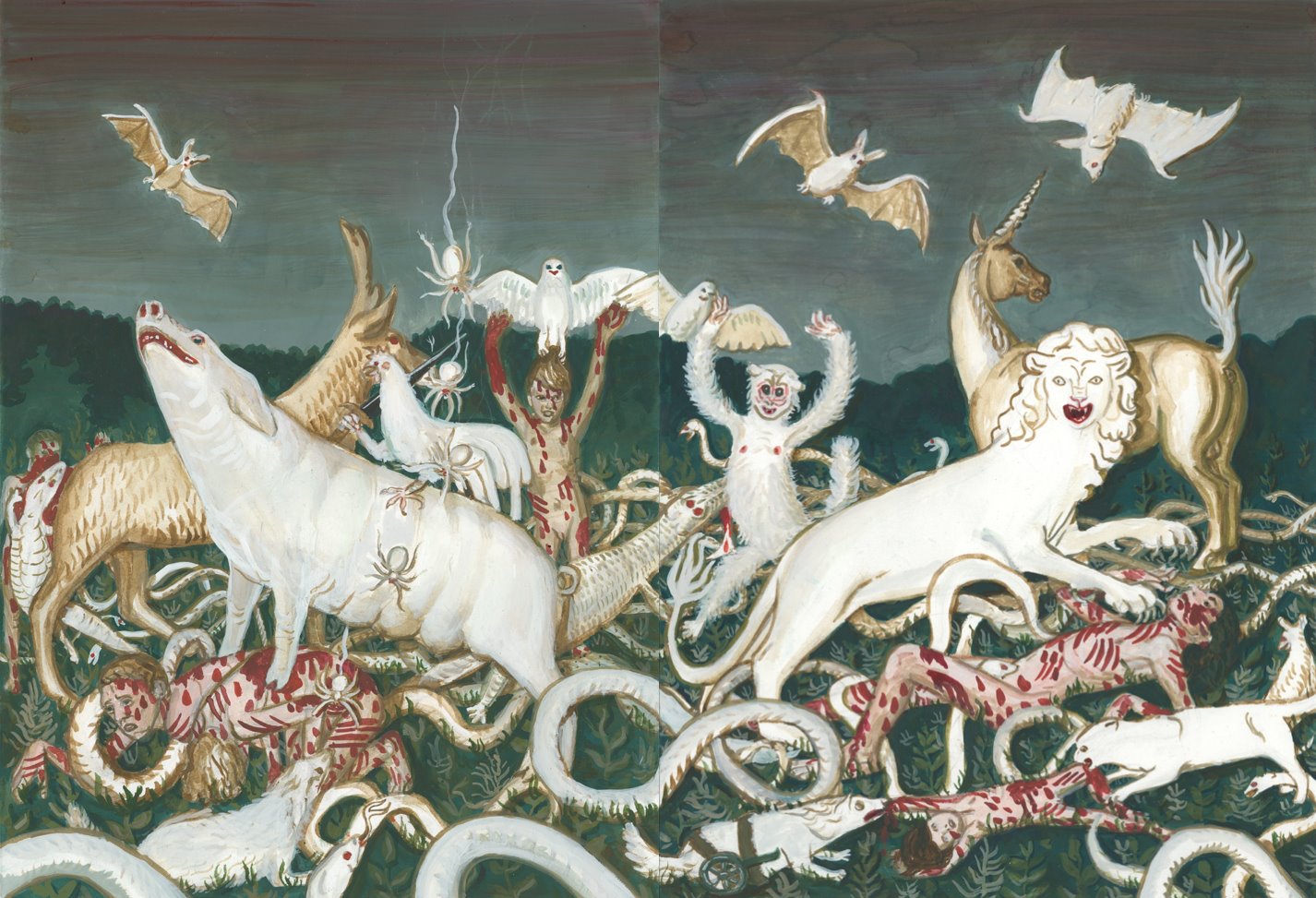 I would have to come back to my late elementary school/early high school time, as I don’t really listen to a lot of music at the moment. Mostly audiobooks and selected radio broadcasts. But then, I was very much into Big Black, The Fall, Killdozer, Devo and the like.

2.) HOW MANY HOURS DO YOU SPEND A WEEK RECORDING/PLAYING/CREATING?
About five hours a day, including weekends.

3.) WHICH OF YOUR OWN CREATIONS IS YOUR FAVOURITE?
I am most interested in the one I’m working on right now.

4.) WHAT IS YOUR BIGGEST REGRET?
Well, I have no idea. That there is no peace on earth? That it’s difficult to tame a lion?

5.) WHAT DO YOU DO TO RELAX?
Playing games. Sleeping.

6.) OTHER THAN FRIENDS AND FAMILY WHAT IS YOUR MOST CHERISHED POSSESSION?
I like my extensive supply of paints that could probably last for a lifetime. I’m not obsessed about objects in general. I purchase some cheap bits and pieces through auction sites that I just discovered.

7.) TELL ME THREE OF YOUR HEROES/HEROINES?
Heroes/heroines is not an appropriate term, but I feel inspired by, say, Gustave Flaubert and Theodore Gericault.

8.) WHERE IS YOUR FAVOURITE PLACE IN THE WORLD?
I don’t really like all the hassle of moving around, being in crowded places etc., but if I move, I tend to choose places like Ojców near Kraków, an ancient hide with forests, caves and bizarre rock formations.

9.) IF YOU DIDN’T HAVE YOUR ART WHAT OCCUPATION DO YOU THINK YOU WOULD BE DOING?
Maybe I would be a naturalist of sorts?

10.) IF THERE IS ONE THING THAT YOU WOULD WANT THE WORLD TO KNOW ABOUT YOU THAT YOU HAVE NEVER CONVEYED IN AN INTERVIEW BEFORE WHAT WOULD THAT BE?
I can’t think of such a question.