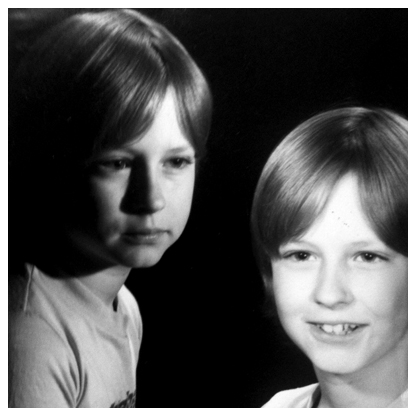 Ben is a rock and psych folk guitarist. His primary projects are Six Organs of Admittance (his solo psych folk project) and Comets on Fire (a psychedelic rock band). He has lent his talents to other projects such as Badgerlore, Double Leopards, Current 93 and Magik Markers both in live performance and on studio albums.

1.) WHICH RECORD HAS HAD THE MOST PROFOUND INFLUENCE ON YOU?
In terms of records that I think of as reference points, as music that makes it “ok” to play what I play, for my own brain, there might be a couple. Loren Connors’ Hell’s Kitchen Park would be one. Rudolph Grey’s Mask of Light is another. And probably Leo Kottke’s My Feet Are Smiling. I know you asked for one but I sort of approach acoustic and electric guitars from different angles so each has its own profound moment that split my head open. Kottke is fascinating because he’s so unhip that most people ignore him, in the underground anyway. He’s still pretty popular in his own scene. Sometimes people admit to liking the Armadillo record. I think maybe his quirky Americana turns underground people off. Also, they feel they need to take Fahey’s side over Kottke. It’s a false either/or. For me it’s great because Kottke becomes a wonderful resource that no one else gives a shit about. Rudolph Grey just totally deterritorialized the fretboard. Done. Begin again. And Loren taught me to take time with notes and to not care about an external clock time that music must adhere to. He let his music develop its own time. In a way, he’s sort of the Bergson of electric blues players – his time is of the duration, not the instant.

2.) HOW MANY HOURS DO YOU SPEND A WEEK RECORDING/PLAYING/CREATING?
I guess it depends on what is coming up. I can go a week without playing the guitar. There’s a Rangda tour coming up so I’ve been playing for a few hours every day the last month. I’m getting old though to where my fingers start to hurt if I play guitar for more than 4 hours a day. It’s a bummer.

3.) WHICH OF YOUR OWN CREATIONS IS YOUR FAVOURITE?
At the moment, probably this Hexadic System that I’ve been working on. It’s still being developed so it’s not quite over. It has a certain openness that allows others to add to it. It’s been great seeing it grow with other people. I love when people work with it and make music with it. People often talk about their records being their children, but the Hexadic system really is like my child: It’s out there, it’s growing, and I hope it doesn’t turn into a huge asshole when it’s older. You never know, though. Just gotta try to steer it in the right direction. So far it’s getting along well with others.

4.) WHAT IS YOUR BIGGEST REGRET?
Not pursuing my childhood dream of becoming an astronaut. Or at least an astronomer.

6.) OTHER THAN FRIENDS AND FAMILY WHAT IS YOUR MOST CHERISHED POSSESSION?
My books.

7.) TELL ME THREE OF YOUR HEROES/HEROINES?
Gaston Bachelard, Henry Corbin and Octavio Paz.

8.) WHERE IS YOUR FAVOURITE PLACE IN THE WORLD?
Probably in the middle of the redwood forest in Northern California on a summer day by a river, swimming with friends and nobody else around. The same forest is amazing in the dead of winter too, with the smell of wet, decaying leaves and the river too high to swim in but beautiful to watch.

9.) IF YOU DIDN’T HAVE YOUR ART WHAT OCCUPATION DO YOU THINK YOU WOULD BE DOING?
I’d like to say some sort of sustainable architecture/landscaping, like my friend Amy Hite does in Southern California. Something creative but actually good for the earth and people. The truth is I’d probably be begging for money with a tin can.

10.) IF THERE IS ONE THING THAT YOU WOULD WANT THE WORLD TO KNOW ABOUT YOU THAT YOU HAVE NEVER CONVEYED IN AN INTERVIEW BEFORE WHAT WOULD THAT BE?
I am not related to Kenny Chesney.