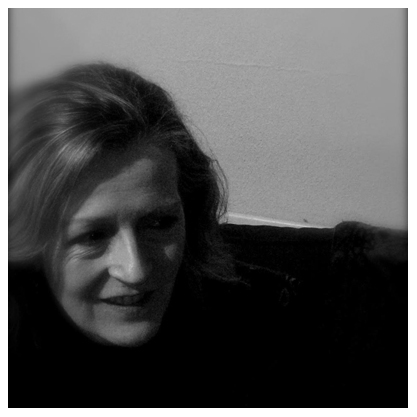 Clodagh has been in an on/off relationship with The Music Business since 1968 when she released her first single “Feelin’ High” at the age of 15, with the band she formed at school, Mellow Candle.  Over the years she has lived in Dublin, Rome, London, and New York and right now she lives in West Cork.  Since 2005 she has been busy persuading a fairly extraordinary cast of characters (including Brian Eno, Colin Potter, Roger Doyle, Julia Kent, Kate Ellis, Carter Burwell, Robert Fripp, Michael Begg, Laura Sheeran, Cora Venus Lunny – and the list goes on….) to aid and abet her recordings under the collective name of Fovea Hex.

Liles recorded the collaboration 7″ single ‘Gone Every Evening‘ with Fovea Hex in 2008. 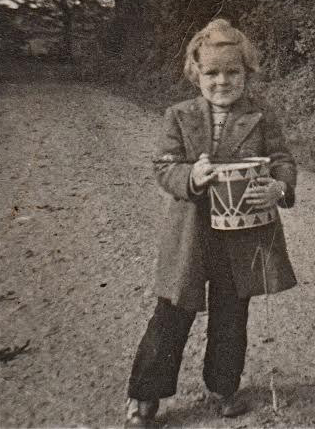 1.) WHICH RECORD HAS HAD THE MOST PROFOUND INFLUENCE ON YOU?
Da Doo Ron Ron and Ligeti’s Lux Aeterna were both game-changers. But the first record I ever actually owned was Johnny, Remember Me, which I won at a dog show. I was 8. The dog got some dog biscuits, I got a 45. I was thrilled. My big sister had quite a collection, but I’d never been able to afford one. Plus I already had a budding fascination with the whole idea of communicating with the dead, so it hit that spot very neatly. But Da Doo Ron Ron, which was 2 years later, transfixed me entirely. I had to start writing songs after that. No turning back from The Wall Of Sound. I am constantly arguing with Professor Potter who won’t let me drown everything in oceanic reverb. One day I WILL TRIUMPH. And he will be tied to a chair until after it’s released.

2.) HOW MANY HOURS DO YOU SPEND A WEEK RECORDING/PLAYING/CREATING?
As many as I possibly can. But it varies wildly – there are good weeks and bad weeks. A bad week = less than 10. A good week = more than 30.

3.) WHICH OF YOUR OWN CREATIONS IS YOUR FAVOURITE?
My favorite is always one of the ones I haven’t finished yet.

4.) WHAT IS YOUR BIGGEST REGRET?
One quite big regret would be that I didn’t do science at school. I had to make an either/or decision at around 12 whether I would do Arts & Languages or Maths & Science. I liked them all pretty much equally – and I was doing fine in all of them – but I didn’t like the Maths teacher, so that decided it. Later when I began swooning around anybody who talked science, and started devouring books on neurophysiology with a zeal that was hopelessly mismatched to my capacity to actually comprehend what I was reading, I realized I may have made the wrong decision. Clearly, there was a deep down feeling that Something Was Missing From My Life. Carter Burwell was a fantastic source – I think I drove him mad when we were in a band together in New York – I’d get him to talk about fractals and string theory, and sit there, glazing over. Occasionally asking completely unanswerable, off-the-wall, idiotic questions. He was very patient. Later I fell madly in love with a Geologist who knew James Lovelock, and saw everything on a timescale of aeons, with mountains and ocean beds as moving, shifting things. Now I’ve got a nephew who’s a neuroscience graduate, and there’s a bit of a vicarious thing going on there I think. We send each other links to strange articles – mostly about brains and sound. He’s also a gifted musician. But I guess he copped on early that if he wanted a “career”, music wasn’t going to be the best choice. Sensible lad. Mind you, I guess Carter went the other way – switched from science to music, and he just got Oscar-nominated. Oh well.

5.) WHAT DO YOU DO TO RELAX?
I would have a bit of a thing about just looking at the sky. It slows me down and makes it easier to drop everything. Just taking it in for a few moments seems to help me unwind. Eating and drinking with friends and loved ones is pretty reliable too, though I do tend to get a bit over-excited, so I’m not sure it’s ‘relaxing’, strictly speaking. Of course, there are also the many and varied advanced meditative techniques I learned from my 8-year spell in a Himalayan monastery. (J O K E).

6.) OTHER THAN FRIENDS AND FAMILY WHAT IS YOUR MOST CHERISHED POSSESSION?
Well, I don’t regard either friends or family as my possessions, cherished or otherwise……but the answer would be a no-brainer, my Bluthner. My lovely late brother-in-law Peter who died far too young, left me some money, saying he hoped I might spend it on “something to do with music”. So I did – I had dreamed since the age of 18 of owning a Bluthner one day. It’s a 1938 upright, and a gem. I am so grateful to him, so often. 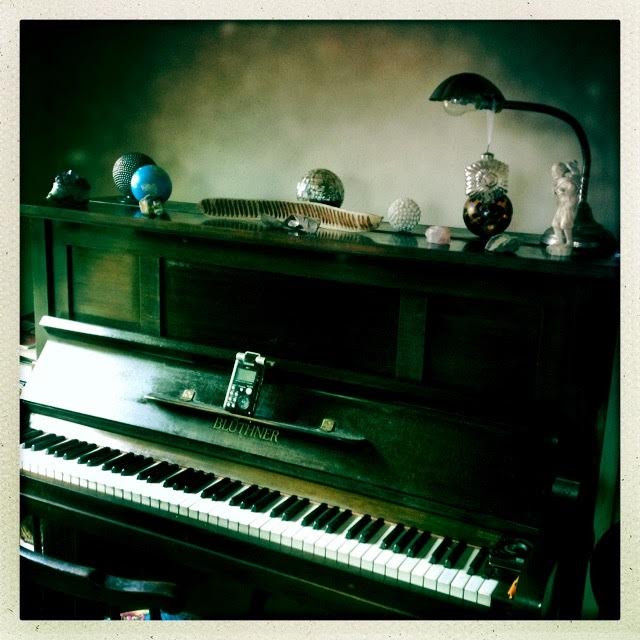 7.) TELL ME THREE OF YOUR HEROES/HEROINES?
I’m not quite sure why, but I can’t seem to answer this question. There are plenty of people I have huge admiration for, or feel extremely grateful towards, for all kinds of reasons – but I wouldn’t describe any of them as heroes or heroines.

8.) WHERE IS YOUR FAVOURITE PLACE IN THE WORLD?
Well, I’m going plural here. New York. Luxor. Georgia. Sitting in front of my Bluthner. And I really want to go back to Ethiopia, I was there for 24 hours once and it made a huge impression on me. And obviously I love West Cork, otherwise I wouldn’t be living here. And the bog road between Clifden and Roundstone, in Connemara – it just does something to me. And I have a big attraction to woods and forests, proper ones.

9.) IF YOU DIDN’T HAVE YOUR ART WHAT OCCUPATION DO YOU THINK YOU WOULD BE DOING?
Maybe writing. Or possibly something to do with food or cooking. I’ve also been through Gardening Obsession – I was growing and selling seedlings at one point, and I really enjoyed that. I’ve done so many different jobs over the years – one favorite job was when I worked as a cleaning lady for a couple of years in New York. I had about 5 clients, who were all disproportionately grateful to me – so I felt massively appreciated, which was fantastic. The fact that they were all pretty clean anyway (mostly rather high-powered single New York businesswomen) made a difference, I’m sure. it was a really satisfying job, I never wondered how I was doing because I didn’t have to – the results were 100% visible. I didn’t have to talk rubbish all day – no need to adopt some kind of weird “job” persona. And I certainly never lay awake at night worrying about it – once you were done, you just closed the door behind you and that was it. And it was better paid than many other jobs I’ve done. It was pretty much the perfect job – you didn’t even have to think while you were doing it, you could do it on total auto-pilot, so you spent almost no mental energy – you could be contemplating Ibn Arabi. I loved it. You might think I’m joking but I’m not. I was thinking about taking it up again just lately. I’m absolutely serious.

10.) IF THERE IS ONE THING THAT YOU WOULD WANT THE WORLD TO KNOW ABOUT YOU THAT YOU HAVE NEVER CONVEYED IN AN INTERVIEW BEFORE WHAT WOULD THAT BE?
I wouldn’t mind in the slightest if “the World” knew nothing at all about me, to be honest. I’ve probably already said too much. I’m planning to get a blue rinse once I’ve got just a bit more white hair. Will that do? I never said that.