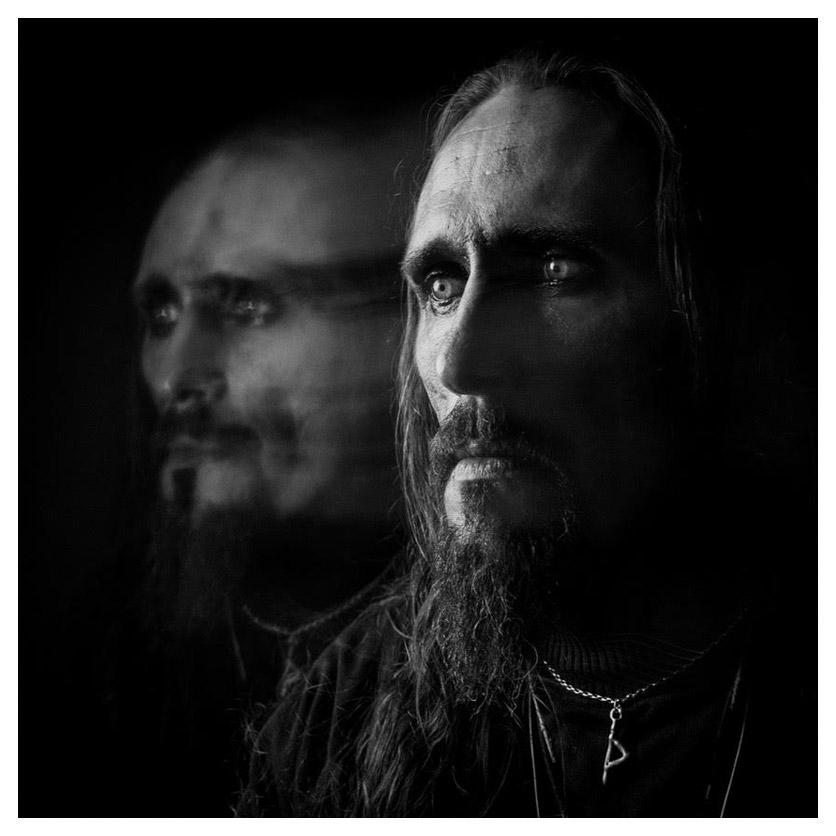 He is best known as the former frontman of Norwegian black metal band Gorgoroth. He is also the founder and lead vocalist of Trelldom and Gaahlskagg. Since leaving Gorgoroth he has been involved with God Seed, Wardruna and Gaahls Wyrd.

I have no idea. You kind of never know what influences you because there are so many branches or roots that you nourish from. Within the extreme music, the first wow album for me was Hellhammer Triumph of Death but of course I was way younger than I am now, it was an important input to plug in my interest. It is just energy and passion and that’s why I think it can speak to you, but I’m not very good at listening to music anyway.

The best concert I ever saw was David Bowie in I think it was ’97, and I didn’t like David Bowie at all before and when I saw him live, I thought wow, this is fantastic. It was at a festival in Oslo, the rain was pouring down and this strange object entered the stage and completely captured me. I don’t know if any of his records have been profound for me, even though I have my favourites amongst his pieces. Things always change, you’re never in the same situation that you have been, there is nothing that is certain, so therefore I don’t think there is a single album that has been more important than any other.

2.) HOW MANY HOURS DO YOU SPEND A WEEK RECORDING/PLAYING/CREATING?
Anything from zero to 24 hours a day, at least the creative part of it, but it depends very much on the situation.

3.) WHICH OF YOUR OWN CREATIONS IS YOUR FAVOURITE?
Hopefully what I create next. I am pleased with all of them, everything has its own value. Sometimes we need to drink coffee instead of eating bread.

4.) WHAT IS YOUR BIGGEST REGRET?
I don’t spend time regretting, so nothing I can think of.

5.) WHAT DO YOU DO TO RELAX?
I think I relax almost always. Mainly by breathing. I can’t stand stress so I rarely rush anything. I’m awake 21 hours a day, so you kind of need to be at a slow pace. I wake up when I wake up so that’s after 3 hours.

6.) OTHER THAN FRIENDS AND FAMILY WHAT IS YOUR MOST CHERISHED POSSESSION?
I think my mind would have to be my most prized possession.

7.) TELL ME THREE OF YOUR HEROES/HEROINES?
I don’t collect heroes or heroines, I kind of don’t put anyone up there. There are so many qualities to different characters, it would be completely wrong to pick one out. And normally things that you know at a distance, it’s not necessarily complete, so you can be on good terms with the ideas that some project but that doesn’t necessarily mean they would be complete if you connected to them.

8.) WHERE IS YOUR FAVOURITE PLACE IN THE WORLD?
I usually prefer the places where I am at, there’s no specific place, things always change, it depends on your own mood but of course I’m extremely comfortable with being back home. I’m not much of a city person, even though cities have their qualities. It’s not necessarily where I would choose to be, but I make the best out of it, you have to be adaptable.

9.) IF YOU DIDN’T HAVE YOUR ART WHAT OCCUPATION DO YOU THINK YOU WOULD BE DOING?
No idea, I’m lucky enough to just be so it is difficult to kind of put oneself into that situation. I’m stubborn enough to just do what I choose, so I could be anything.

10.) IF THERE IS ONE THING THAT YOU WOULD WANT THE WORLD TO KNOW ABOUT YOU THAT YOU HAVE NEVER CONVEYED IN AN INTERVIEW BEFORE WHAT WOULD THAT BE?
Well I’m a private person so I actually have nothing to add to it.