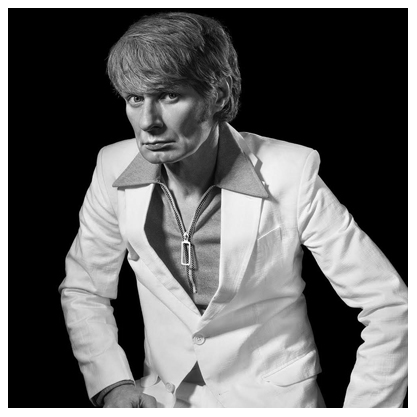 JG Thirlwell is a composer/producer/performer based in Brooklyn, NY. He was born in Melbourne, Australia, where he studied art at Melbourne State College for two years before moving to London in 1978. After working with experimental group Nurse With Wound, Thirlwell started making his own records in 1980, initially releasing them on his own “Self Immolation” label. He was inspired by the post-punk explosion of creativity in the UK which engendered the accessibility of DIY, as well as the writings of John Cage and systems music, among other things. Thirlwell’s discography is extensive, covering a 30 year oeuvre that stretches the gamut from orchestrations, big band, cathartic noise-rock, abstract electronics, sound sculpture, chamber music, professional scoring and imaginary soundtracks.

When pondering this question I was thinking that to cover the spectrum of “profound influence”, such a record would be something classical which would maybe encapsulate my ambitions and the fact that I work beyond my wherewithal and capabilities, and maybe something punk rock or post punk, as that movement influenced me with the ethos of DIY and the fact that you don’t have to be a virtuoso on a instrument to create something, it’s about ideas. (although punk rock music per-se hasn’t had much of a resounding impact on me musically.)

In the end I’m going to settle on “It’s Gonna Rain” by Steve Reich, which entranced me for so long with its simplicity – two instances of one tape loop going slowly out of phase with itself, creating many counter rhythms and drawing the ear to other places. I have listened to it endlessly. I used it as my intro tape for a long time.

2.) HOW MANY HOURS DO YOU SPEND A WEEK RECORDING/PLAYING/CREATING?
Depending on my deadlines anything between 15 and 60 hours.

3.) WHICH OF YOUR OWN CREATIONS IS YOUR FAVOURITE?
All of my creations are flawed but probably –

Manorexia – Dinoflagellate Blooms, the 5.1 version.
For Foetus, maybe the album LOVE followed by HIDE and HOLE.
For Steroid Maximus, Ectopia.

4.) WHAT IS YOUR BIGGEST REGRET?
I know you are not supposed to have regrets, as you are exactly where you are supposed to be, but that doesn’t stop me having them. I have so many, but don’t want to get too candid.
A non-salacious one would be that I didn’t keep working on the Butterfly Potion E.P. and turn it into an album.

5.) WHAT DO YOU DO TO RELAX?
I do watch a lot of films, that ends up being research too. Relaxation, that’s a difficult word for me to swallow. I don’t sleep long at night but I’m a big advocator of naps.

6.) OTHER THAN FRIENDS AND FAMILY WHAT IS YOUR MOST CHERISHED POSSESSION?
I know it should be something like my childhood teddy bear or Bataille’s Story of the Eye, but I’d have to say that if I my house was on fire, I would grab my laptop.

8.) WHERE IS YOUR FAVOURITE PLACE IN THE WORLD?
My loft in Brooklyn.

9.) IF YOU DIDN’T HAVE YOUR ART WHAT OCCUPATION DO YOU THINK YOU WOULD BE DOING?
Maybe renovating buildings.

10.) IF THERE IS ONE THING THAT YOU WOULD WANT THE WORLD TO KNOW ABOUT YOU THAT YOU HAVE NEVER CONVEYED IN AN INTERVIEW BEFORE WHAT WOULD THAT BE?
I would actually prefer to retract everything I have ever said.