Musician, Comedian: Kunt and the Gang 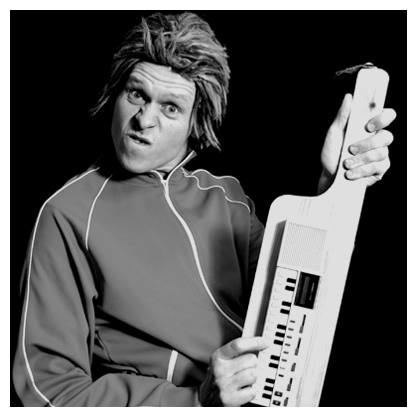 Based in Basildon, Essex, Kunt and the Gang began his career in 2003, performing at a number of pubs and gaining the attention of various national magazines. In 2010 Kunt first reached chart success, when his single “Use My Arsehole as a Cunt (The Nick Clegg Story)” reached number 66 in the UK Christmas singles chart. The following year, another single, “Fucksticks”, also entered the charts, this time at number 63.

1.) WHICH RECORD HAS HAD THE MOST PROFOUND INFLUENCE ON YOU?
Madness’ Baggy Trousers. It came out when I was 8 and I realised recently it has probably shaped everything I’ve ever liked or done since. It is such a joyful, simple, effortless record, like a lot of Madness’ stuff. Looking back I think it also done me the favour of ruining any chance of me ever really taking seriously any of the whiny angsty 90’s bands when you know how proper cheerful music can be.

2.) HOW MANY HOURS DO YOU SPEND A WEEK RECORDING/PLAYING/CREATING?
It varies, some weeks well over 40 hours, other weeks less than 15, but I normally jot down ideas a few times a day so when I have to pull an album together I’ve got a load of stuff ready rather than having to sit there looking at a blank sheet of paper with ‘ideas’ written at the top.

4.) WHAT IS YOUR BIGGEST REGRET?
Not keeping that AT-AT that I sold to Mark Hollanders at school. I saw one going on eBay for nearly a hundred quid.

5.) WHAT DO YOU DO TO RELAX?
Read about serial killers or have a big wank (but, contrary to popular opinion, NOT both).

6.) OTHER THAN FRIENDS AND FAMILY WHAT IS YOUR MOST CHERISHED POSSESSION?
My ever growing collection of Operation Yewtree autographs.

7.) TELL ME THREE OF YOUR HEROES/HEROINES?
They Might Be Giants and The Fonz.

8.) WHERE IS YOUR FAVOURITE PLACE IN THE WORLD?
Benidorm. I’ve yet to find anywhere else in the world where you can see a 70 year old woman do a conjuring show from her minge.

9.) IF YOU DIDN’T HAVE YOUR ART WHAT OCCUPATION DO YOU THINK YOU WOULD BE DOING?
I’d like to be just sat there drawing little cartoon cocks all day on pictures of politicians and the Royal Family but I’m not sure whether I could make a proper living off it.

10.) IF THERE IS ONE THING THAT YOU WOULD WANT THE WORLD TO KNOW ABOUT YOU THAT YOU HAVE NEVER CONVEYED IN AN INTERVIEW BEFORE WHAT WOULD THAT BE?
I’m not mucking about or being ironic, I really would like to actually have it off with Pippa Middleton.