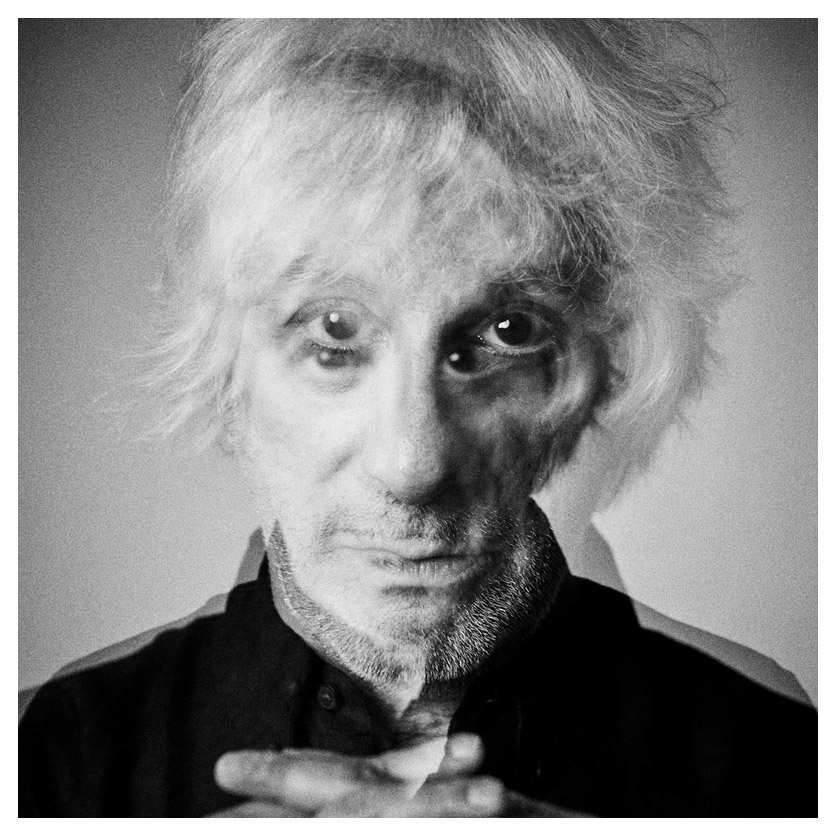 He is probably best known as a founding member of Sonic Youth.

He was voted number one in the greatest guitarists of all time in SPIN 2012.

Liles mastered his In Virus Times recording which is available HERE

1.) WHICH RECORD HAS HAD THE MOST PROFOUND INFLUENCE ON YOU?
Wow this is a hard question, as there have been many over the years. The introduction to my obsession with rock music, in particular, started with the Beatles. My father brought home the first couple of US singles and then the first album, Meet The Beatles (as it was called in the USA)—and with that I was off and running, so it holds a great significance. Later, Dylan’s Bringing It All Back Home, The White Album, Live Dead, After The Gold Rush, Songs of Love and Hate and Joni Mitchell’s first albums were all hugely significant.

In the late 70s both Talking Heads ’77 and Marquee Moon really turned my head around, and sent a new energy through me, which led to a whole other wave of favorites, from Eno and The Raincoats to Black Flag and The Minutemen. Pavement’s Slanted and Enchanted knocked me out, and, more recently, Circuit des Yeux’s Reaching for Indigo. But there are too many, in too many other genres as well, that also hold great significance – too many! Miles’ Bitches Brew, Bali: Golden Rain (gamelan music-hugely influential!), John Cage Sonatas and Interludes for Prepared Piano, Stockhausen’s Gesang der Junglinge/Kontakte – this list could go on and one. Happily it is both records from my earliest days as well as some being made today that hold profound influence.

2.) HOW MANY HOURS DO YOU SPEND A WEEK RECORDING/PLAYING/CREATING?
This is hugely variable – and made more so by the current pandemic. When lockdown hit in early March 2020 I had just launched a new album (Names of North End Women) which took an incredible amount of time and energy to create, with my partner Raul Refree – both in New York and Barcelona. We worked like madmen! Mostly because we were having so much fun!

Once lockdown hit, and touring and all plans were put on hold, I don’t think I picked up an instrument for months – everything was too uncertain and I was deflated. I’m back slowly working on things again – and recently finished a long ‘covid composition’, In Virus Times that is the first thing I’ve worked on in a concentrated manner in a while.

I’m finding that this break, from both performing, traveling and composing, is a good thing – hopefully as I gear up again there will be a new perspective, and new emphasis on what I feel is the most important things I’d like to accomplish.

3.) WHICH OF YOUR OWN CREATIONS IS YOUR FAVOURITE?
Again, impossible to say! Shall I remark on Daydream Nation or Goo, or Electric Trim or Names of North End Women? All of these are hugely significant, and the experience of making each of them were major events in my life. But it’s a hard question to answer – I feel like I give my all with every release, so it’s hard to single any one out – they are all like postcards sent from along the route, all part of the journey.

4.) WHAT IS YOUR BIGGEST REGRET?
I don’t really feel like I have much cause to regret that much – I’ve been lucky in life and in love. Everyone has petty regrets along the way, that’s natural, I have them all the time – should’ve got my haircut, should’ve bought that guitar, should’ve kissed her, etc. Here’s one: wish I’d taken better care of my ears along the way. I’ve been relatively lucky, and have learned to take precautions, but I hope young musicians today – especially those involved in hi-volume or hi frequency investigations – treat their ears deferentially, so they last a lifetime!

5.) WHAT DO YOU DO TO RELAX?
This one is pretty easy – I am an avid cyclist and it is my relaxation, my meditation, a centering thing for me. Long road bike rides keep me sane, and hopefully healthy too.

6.) OTHER THAN FRIENDS AND FAMILY WHAT IS YOUR MOST CHERISHED POSSESSION?
Another hard question, the answer of which (like ‘favorite record’ etc) could change daily/weekly. I have a small Martin parlor guitar from 1929 that would be one, and an original from a print edition by artist Robert Smithson, who’s work I have a great affinity with, that would be another.

7.) TELL ME THREE OF YOUR HEROES/HEROINES?
Smithson, mentioned above, a towering artist of the 20th Century, would be one. Dylan would certainly be another. Joni Mitchell. Nina Simone. Sylvia Plath, and Allen Ginsberg. The writer Raymond Carver has been a huge inspiration and influence.

8.) WHERE IS YOUR FAVOURITE PLACE IN THE WORLD?
Favorite places (besides New York City!): Paris. Brasil. Puglia (Southern Italy).

9.) IF YOU DIDN’T HAVE YOUR ART WHAT OCCUPATION DO YOU THINK YOU WOULD BE DOING?
I have no idea, I was a good student but not sure what else would have sustained me in my life, besides the arts – music, visual arts, literature. Maybe something in a science field? I really don’t know!

10.) IF THERE IS ONE THING THAT YOU WOULD WANT THE WORLD TO KNOW ABOUT YOU THAT YOU HAVE NEVER CONVEYED IN AN INTERVIEW BEFORE WHAT WOULD THAT BE?
I’ve done so many interviews that I think most things have been covered somewhere or other, for anyone who wants to dig. I’ve tried to be pretty transparent over the years.