Musician: The Caretaker, The Stranger, V/Vm 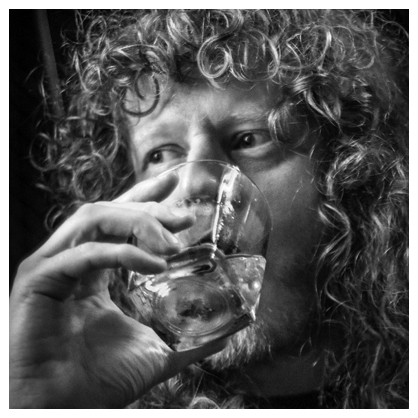 James is a multidisciplinary experimental musician born in England. He has been active since 1996 under a wide range of aliases, most notably V/Vm, The Caretaker and The Stranger. Originally based in Stockport, England and later in Berlin, he now operates out of Krakow.

His latest recording ‘Everywhere at the End of Time’, the first instalment in his 6 part series that concludes his project The Caretaker can be found here – The Caretaker

It was a kids’ album called ‘All Aboard’. I loved the worlds it opened for me as it’s the first one I remember playing religiously when young. I still love it now. Sparky’s Magic Piano was on it as well as Benny Hill and Bernard Cribbins.

2.) HOW MANY HOURS DO YOU SPEND A WEEK RECORDING/PLAYING/CREATING?
If I’m not throwing arrows I’m always at it.

3.) WHICH OF YOUR OWN CREATIONS IS YOUR FAVOURITE?
I don’t have one personally but The V/Vm – Pig record became useful as my late Uncle Ernie, who is on there, developed dementia in his later years and used to play it to remind himself of when he owned and ran his pig farm in Rixton just outside of Warrington.

4.) WHAT IS YOUR BIGGEST REGRET?
The fact that I’ve never owned a Ford Capri 2.8 injection with Recaro bucket seats.

5.) WHAT DO YOU DO TO RELAX?
I like to go to my local bar in Krakpot, Bar Propaganda, and drink double-double whiskies whilst playing darts with friends every Thursday night.

6.) OTHER THAN FRIENDS AND FAMILY WHAT IS YOUR MOST CHERISHED POSSESSION?
Time.

8.) WHERE IS YOUR FAVOURITE PLACE IN THE WORLD?
I’m still trying to find my Winchester Club.

9.) IF YOU DIDN’T HAVE YOUR ART WHAT OCCUPATION DO YOU THINK YOU WOULD BE DOING?
I’d be a low end dart pro trying to scrape by on the circuit.

10.) IF THERE IS ONE THING THAT YOU WOULD WANT THE WORLD TO KNOW ABOUT YOU THAT YOU HAVE NEVER CONVEYED IN AN INTERVIEW BEFORE WHAT WOULD THAT BE?
That I had a meeting in the British Library archives with Domino a couple of years ago about working on an album for them using the 78rpm archive. Though the meeting went well I still felt keeping things more independent and low key was the way to go so never followed up or pushed for it to happen.