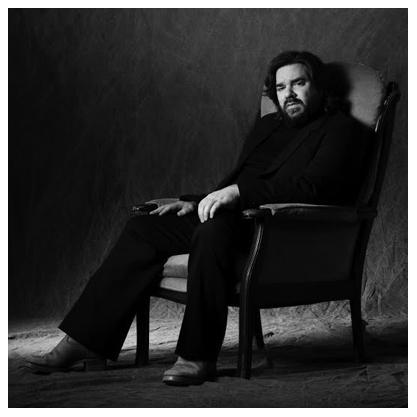 Matt Berry is a BAFTA award-winning English actor, writer, and musician. Berry is perhaps best known for his acting role as Douglas Reynholm in The IT Crowd, he is also well known for his appearances in Garth Marenghi’s Darkplace, The Mighty Boosh and the title character in the Channel 4 sitcom Toast of London. He also starred in and composed AD/BC: A Rock Opera.

Matt’s new album The Small Hours is out on 16th September 2016. www.themattberry.co.uk

1.) WHICH RECORD HAS HAD THE MOST PROFOUND INFLUENCE ON YOU?
Tubular Bells because the composer played all of the instruments featured on the album himself and when I was 14 years old I saw that as a challenge that I had to achieve. The album itself is like no other before or since due to the ability and state of the composers mind at the time.

2.) HOW MANY HOURS DO YOU SPEND A WEEK RECORDING/PLAYING/CREATING?
It depends on how many ideas are on the go or floating around. If I’m on a roll I can be in the studio for days on end and not notice time. I can also walk past it for weeks and not go in. I don’t treat, or think it as an office where I have to, or feel I should, do a certain amount of hours. It’s there to only function when you’re in the zone.

3.) WHICH OF YOUR OWN CREATIONS IS YOUR FAVOURITE?
I have affection for Witchazel and Toast Of London. Both were very personal projects that ended up pretty damn close to the image I initially had in my head.

4.) WHAT IS YOUR BIGGEST REGRET?
Many. Most of them sexual or personal so I can’t really go into detail.

5.) WHAT DO YOU DO TO RELAX?
Look at the river or jigger.

6.) OTHER THAN FRIENDS AND FAMILY WHAT IS YOUR MOST CHERISHED POSSESSION?
My stuffed badger which is possibly older than America.

7.) TELL ME THREE OF YOUR HEROES/HEROINES?
My Mum, my Dad, my Uncle Steven and work wise Vic n’ Bob.

8.) WHERE IS YOUR FAVOURITE PLACE IN THE WORLD?
My Bed.

9.) IF YOU DIDN’T HAVE YOUR ART WHAT OCCUPATION DO YOU THINK YOU WOULD BE DOING?
I dread to think.

10.) IF THERE IS ONE THING THAT YOU WOULD WANT THE WORLD TO KNOW ABOUT YOU THAT YOU HAVE NEVER CONVEYED IN AN INTERVIEW BEFORE WHAT WOULD THAT BE?
Last year someone/thing clapped behind me when I was alone in my flat.