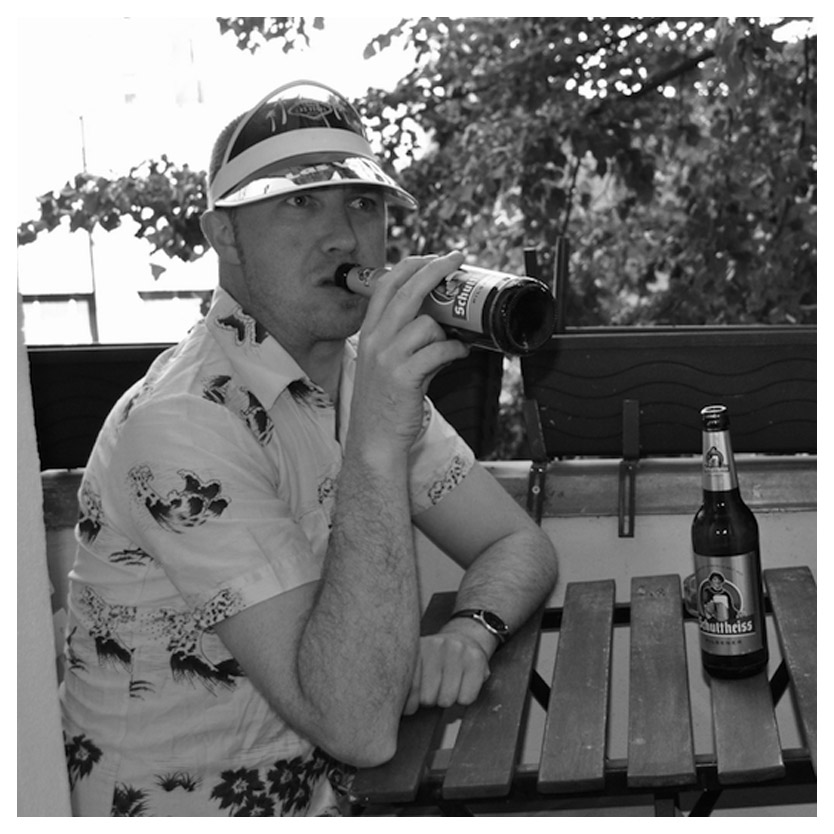 Sam Shackleton, better known by his stage name Shackleton, is an English electronic producer and founder of the record labels Skull Disco and Woe to the Septic Heart!

Shackleton’s musical style includes a variety of genres including Dubstep, Garage, and Techno. His music has been noted for its “intense atmospheric gloom” and sense of “tension and paranoia”.

1.) WHICH RECORD HAS HAD THE MOST PROFOUND INFLUENCE ON YOU?
Probably Godflesh’s Streetcleaner.

2.) HOW MANY HOURS DO YOU SPEND A WEEK RECORDING/PLAYING/CREATING?
Probably something similar to a standard working week.  35-40 hours perhaps.  Sometimes I do not make anything tangible and sometimes I get lots done all at once.

3.) WHICH OF YOUR OWN CREATIONS IS YOUR FAVOURITE?
I rarely listen back to the music once it is released but when I think of the following pieces of music, I feel content;

4.) WHAT IS YOUR BIGGEST REGRET?
Where do I start?!  Ha ha!  Being nasty to people and hurting people’s feelings, especially when not motivated by a greater good but rather the desire to show myself to be right.  Also the times when I have associated with people who bully and have gone along with that kind of behaviour out of cowardice or self doubt.  When I think about it, these things that I regret the most in my adult life are pretty much manifestations of the stupid hierarchy games I learned at secondary school which became entrenched habits and which I have spent my almost my whole life trying to get rid of but with only partial success.  In general though, it is probably best to learn from our mistakes so perhaps regret would be the wrong word to describe it.

5.) WHAT DO YOU DO TO RELAX?
I do not really know how to relax properly. Even when I am on holiday, I need to have something to do. I do read a lot of books but not really of the relaxing type.
I think making the music is a kind of therapy so perhaps I do not need to relax so much in the sense that it is commonly understood, ie. lying on a beach, playing video games or whatever.
When I am tired though, I go to bed.

6.) OTHER THAN FRIENDS AND FAMILY WHAT IS YOUR MOST CHERISHED POSSESSION?
Good question.  I have a lot of stuff (too much really) but can not really say anything is that important to me.  Perhaps photos of my grandparents.

7.) TELL ME THREE OF YOUR HEROES/HEROINES?
Strawalde, Andreas Gerth and Ian Hicks.

8.) WHERE IS YOUR FAVOURITE PLACE IN THE WORLD?
My studio.

9.) IF YOU DIDN’T HAVE YOUR ART WHAT OCCUPATION DO YOU THINK YOU WOULD BE DOING?
I have done all manner of jobs from unskilled labour to teaching and the whole range in between.  Having pleased myself for so long with the music, it is hard to imagine working for an institution again so being a window cleaner again would be tempting but I suspect that my tolerance for physical work has also diminished over time so I might be better suited to something else.  I hope never to have to think about this but I am sure it will happen sooner rather than later.  That said, even if I was working in a proper job, I would still make the music.

10.) IF THERE IS ONE THING THAT YOU WOULD WANT THE WORLD TO KNOW ABOUT YOU THAT YOU HAVE NEVER CONVEYED IN AN INTERVIEW BEFORE WHAT WOULD THAT BE?
I try to avoid interviews as I do not want the world to know anything about me and also because I suspect that I will be disappointing for the reader due to being a miserable curmudgeon, not because I am some enigmatic clever clogs or whatever!  I make an exception in your case because you are are an acquaintance of my dearest friend.