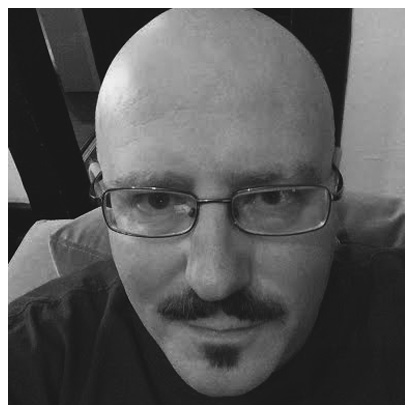 Band Of Pain began as a side project of Splintered, the band which included Steve Pittis. After several vinyl and CD releases and two John Peel sessions, Steve felt it was time to break away. Before long, Band Of Pain became his main concern, and Splintered split at the end of 1996. Since then Band Of Pain has released numerous records and CD’s. Steve also scored the soundtrack to controversial film director, Nigel Wingrove’s movie “Sacred Flesh”.

Band of Pain’s ‘Apathy in the UK (Blast# 3)’ appears on the Andrew Liles remix album IN MY FATHER’S HOUSE ARE MANY MANSIONS. Andrew Liles plays guitar on the latest Band of Pain 7″ single STILL FALLS THE RAIN.

1.) WHICH RECORD HAS HAD THE MOST PROFOUND INFLUENCE ON YOU?
It won’t be apparent to anyone’s ears but if it has to be one, I’d say (rather predictably, I know) the first Faust LP. If I’m allowed another however, I’d say John Carpenter’s soundtrack to “The Thing”.

2.) HOW MANY HOURS DO YOU SPEND A WEEK RECORDING/PLAYING/CREATING?
As many as possible. Not nearly enough for a few years now, but ideally at least 20.

4.) WHAT IS YOUR BIGGEST REGRET?
Getting mugged off by Universal Studios over providing the music for “Red Dragon” when I was told it was a done deal. I still have the fax confirming it, can’t bring myself to sling it away.

5.) WHAT DO YOU DO TO RELAX?
My way of relaxing is more about what not to do, than what to do. I’ll try to explain. I have a strategy, it’s not complex, in fact it’s very simple but it is detailed. I’ll outline it for anyone reading that wants to give it a go: Make sure that you cannot hear anything by Sting, no matter what. So, even if it’s mid-summer, close all the windows and doors – you never know, somebody could drive past with the windows of their Ford Focus down, blaring out “Walking On The fucking Moon” or something. This will make you grind your teeth and you will not be at all calm. Then, when you are certain that Sting, or any of the horrible groups he’s been in, can’t invade your lug holes, just lie down and reassure yourself that you cannot be disturbed. Do this over and over again until you start to feel sleepy, then have a little sleep – doesn’t matter what time of the day this is, do it when it takes your fancy. Finally, avoid treading on Lego without shoes. Calmness awaits you.

6.) OTHER THAN FRIENDS AND FAMILY WHAT IS YOUR MOST CHERISHED POSSESSION?
My signed DVD of “Withnail & I”, Paul McGann refers to me as a “terrible cunt”.

7.) TELL ME THREE OF YOUR HEROES/HEROINES?
Sorry, it has to be four: Duncan Sanderson, Russell Hunter, Paul Rudolph and Larry Wallis.

8.) WHERE IS YOUR FAVOURITE PLACE IN THE WORLD?
The Den, South East London (but only on a good day).

9.) IF YOU DIDN’T HAVE YOUR ART WHAT OCCUPATION DO YOU THINK YOU WOULD BE DOING?
Manufacturing records and CDs for people, oh hang on…

10.) IF THERE IS ONE THING THAT YOU WOULD WANT THE WORLD TO KNOW ABOUT YOU THAT YOU HAVE NEVER CONVEYED IN AN INTERVIEW BEFORE WHAT WOULD THAT BE?
That I can burrow through an elephant.