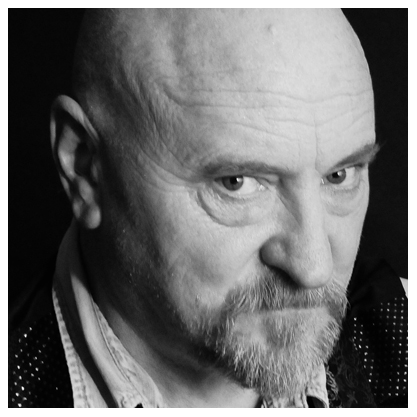 Steve Zodiac is a rock guitarist who gained recognition in the early 1980s as the frontman of New Wave Of British Heavy Metal band Vardis. Zodiac was known for playing concerts barefoot and bare chested. His work has contributed greatly to the modern heavy metal sound and he has inspired many bands including Metallica.

1.) WHICH RECORD HAS HAD THE MOST PROFOUND INFLUENCE ON YOU?
Hendrix’s Star Spangled Banner. I skived off school to see the Woodstock film when it first came out and Star Spangled Banner was a revelation, from that moment I was destined to make music. It brought home not only that performance and music could be indivisible, but that they should be.

2.) HOW MANY HOURS DO YOU SPEND A WEEK RECORDING/PLAYING/CREATING?
I suppose every day I do a little bit. I have no control over when it happens and it’s always there in the background, so I couldn’t pin down any number of hours. I sometimes have to stop myself thinking about it to get other things done.

3.) WHICH OF YOUR OWN CREATIONS IS YOUR FAVOURITE?
Naming favourite tracks is like naming favourite children, impossible. At the moment the ‘Quo Vardis’ album is something that I am enjoying playing and re-working again.

4.) WHAT IS YOUR BIGGEST REGRET?
I’m not one of those people who takes the time to regret things in life. But if I had to name one, it’d be allowing maturity to prevail and denying myself the satisfaction of punching one or two deserving bastards in the face.

6.) OTHER THAN FRIENDS AND FAMILY WHAT IS YOUR MOST CHERISHED POSSESSION?
Well guitars come under friends and family to my mind, so the caps my Granddad earned playing rugby for England.

7.) TELL ME THREE OF YOUR HEROES/HEROINES?
My wife Irene, George Best and Tony Benn.

8.) WHERE IS YOUR FAVOURITE PLACE IN THE WORLD?
The Greek island of Kalymnos, where my wife is from. I’m more relaxed there than anywhere.

9.) IF YOU DIDN’T HAVE YOUR ART WHAT OCCUPATION DO YOU THINK YOU WOULD BE DOING?
I told the Careers Officer at school I was either going to be a guitar player or a footballer, so naturally he put me forward for an apprenticeship as a mechanic. I suppose I’d either be a footballer or a mechanic!

10.) IF THERE IS ONE THING THAT YOU WOULD WANT THE WORLD TO KNOW ABOUT YOU THAT YOU HAVE NEVER CONVEYED IN AN INTERVIEW BEFORE WHAT WOULD THAT BE?
I never assume the truth, but always pursue it.