Musician: The Glove, Siouxsie and the Banshees 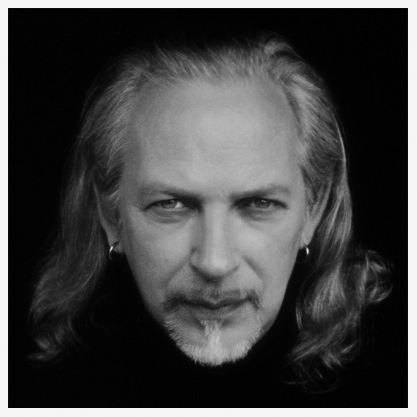 Steven Severin is a musician, film composer, bassist and founder member of Siouxsie and the Banshees and The Glove with The Cure’s Robert Smith.

After the split of Siouxsie and the Banshees in 1996 he began a solo career. He often creates and performs contemporary compositions to classic silent films.

SINGLE: – Virginia Plain by Roxy Music coming out of my transistor radio under the bed covers (FAB 208) and…
ALBUM: – Monster Movie/Soundtracks by CAN. A schoolfriend had an elder brother in the army who was stationed in Hamburg, became a junkie and came home with these albums. Nothing was ever the same after I listened to them back to back one Sunday afternoon in 1971

2.) HOW MANY HOURS DO YOU SPEND A WEEK RECORDING/PLAYING/CREATING?
It’s all one and the same. I don’t compartmentalise my life like that. I try to make the work, play and vice versa. Don’t see the point otherwise. Everything feeds into everything else. I’m lucky enough to be the master of my own devices for the most part so I just try to take advantage of the time that affords me.

3.) WHICH OF YOUR OWN CREATIONS IS YOUR FAVOURITE?
Don’t have favourites either. Things work or they don’t – next. Actually, Next is my favourite.

4.) WHAT IS YOUR BIGGEST REGRET?
No regrets, more like “what ifs?”. I guess the biggest what if would be “What if the original Banshees had stayed together beyond 1979?”

5.) WHAT DO YOU DO TO RELAX?
I’m not great at “relaxing” in a traditional sense. I’m learning to enjoy going away with the family. Switching off or rather switching channels.

6.) OTHER THAN FRIENDS AND FAMILY WHAT IS YOUR MOST CHERISHED POSSESSION?
A telegram to me signed by John Cage.

8.) WHERE IS YOUR FAVOURITE PLACE IN THE WORLD?
The Greek island of Santorini although I’ve yet to visit Mad Ludwig’s castles. I can’t imagine anything topping that.

9.) IF YOU DIDN’T HAVE YOUR ART WHAT OCCUPATION DO YOU THINK YOU WOULD BE DOING?
If my life hadn’t intersected with the Sex Pistols just before Xmas 1975, I might have stayed on the course I was on: – to become a professional photographer. In later years I have often daydreamed my life as an architect or the nose of prestigious perfume house. I can honestly say that at no point did I want to be a fireman or a rozzer!

10.) IF THERE IS ONE THING THAT YOU WOULD WANT THE WORLD TO KNOW ABOUT YOU THAT YOU HAVE NEVER CONVEYED IN AN INTERVIEW BEFORE WHAT WOULD THAT BE?
The world knows quite enough about me already, thanks. I loved my time as a round pop musician in a square pop world but I loathed the invasion of my world outside of that.