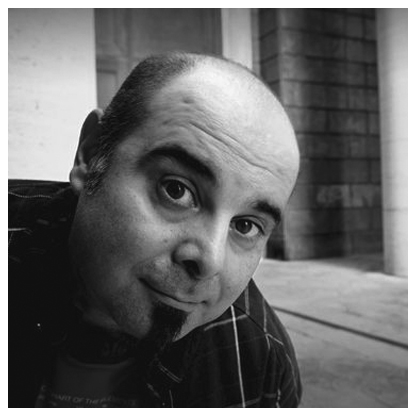 Teho Teardo is a musician, composer  and sound designer. He has collaborated with, among others, Blixa Bargeld, Lydia Lunch, Cop Shoot Cop, Wire and Mick Harris. He is also renowned for his scores to many Italian films which include Gabriele Salvatores’ Denti or Paolo Sorrentino’s The Family Friend and Il Divo.

There are several albums which have meant very much to me over the years, I can’t hold just one, or they simply disappear when I try to focus  on one. Same with films, I can’t stick to one film or book. Well, maybe the book would be Celine’s Voyage Au Bout De La Nuit, a true masterpiece. For some reason The Pearl by Harold Budd and Brian Eno still talks to me in such a special way, always different. I bought it when it came out, the shop sold washing machines, fridges and had a vinyl section. When I listen to it then I need to listen other records right away, the first one that ends up on the turntable is Nosferatu‘s soundtrack by Popol Vuh. But then I think of the movie and then I need to listen also to the amazing Wagner piece when Bruno Ganz walks through the mountains. It’s a chain reaction that may be endless. A few days ago I met Liliana Cavani, the director who made Night Porter, one of my favourite films, she told me that I should have a film that stands above the others, that I have no excuses and I should pick one. Probably because I told her her coffee was great and Night Porter too. I gave her a kiss. She’s 83 now and she said: Teho, ‘I wish I was thirty years younger now’.

2.) HOW MANY HOURS DO YOU SPEND A WEEK RECORDING/PLAYING/CREATING?
It’s a 24/7 situation, some sort of a never ending process, a continuous shifting from a piece to another. It’s a river. But I work also when I’m not at the studio, I keep thinking what I could do when back.

3.) WHICH OF YOUR OWN CREATIONS IS YOUR FAVOURITE?
I don’t have any, when I release something it’s because I think it’s the best I can offer in that moment. It pushes me to do more, better. Longing for something to come, that’s my fuel.

4.) WHAT IS YOUR BIGGEST REGRET?
One afternoon Man Ray called, he was still in Boulevard Voltaire waiting for me, I was in a record store looking for a Coil & Dino Valente  L.P. titled The Endless Nose and the lady at the desk played it to me, I could not leave the store. When I got there he was gone and his cell phone was switched off. Then Man Ray appeared to me in a dream and he just said: 40! So I decided to find 40 guitarists to play the last piece of the album when I play live.

5.) WHAT DO YOU DO TO RELAX?
I try to remember my dreams, I spend time with my children, Giacomo and Iris, they have always funny stories. I like stories. I read a lot. My friend Enda Walsh writes unbelievable stuff that I’m always eager to read.

6.) OTHER THAN FRIENDS AND FAMILY WHAT IS YOUR MOST CHERISHED POSSESSION?
I have nothing, I don’t need anything. Things are just things, who cares.

7.) TELL ME THREE OF YOUR HEROES/HEROINES?
I don’t have any, but I guess I have an idea of how an hero could be, a few years back I was at the premiere of a documentary about partisans I made music for. We were in a small public hall in the middle of the alps of Friuli. Someone was talking and we were standing in front of the audience, then a really big scorpion with an enormous spine came towards us. It was scary. One of the old partisans grabbed it with his fingers like it was harmless and threw it out of the window. His hands were callous, farmer’s hands. The women who feed and helped them were heroines, they risked their own life to bring food to the partisans in the alps.

8.) WHERE IS YOUR FAVOURITE PLACE IN THE WORLD?
I like the space between places, the possibility to connect a city to another. Connected by thoughts, not necessarily trains.

9.) IF YOU DIDN’T HAVE YOUR ART WHAT OCCUPATION DO YOU THINK YOU WOULD BE DOING?
I would be a painter, but I am terribly bad at it, I can’t draw an apple.

10.) IF THERE IS ONE THING THAT YOU WOULD WANT THE WORLD TO KNOW ABOUT YOU THAT YOU HAVE NEVER CONVEYED IN AN INTERVIEW BEFORE WHAT WOULD THAT BE?
In 1989 on the Circle Line I saw Steven Stapleton walking on the platform. I tried to say hi from the window but he didn’t notice me. That’s the last time I saw him. Once I had breakfast with Marc Almond, we both had salmon. Two old English ladies kept looking at us all the time, they must have been at least 80 years old. Salmon is good. I also have a ghost story, last summer I was in Piacenza, but maybe next time.