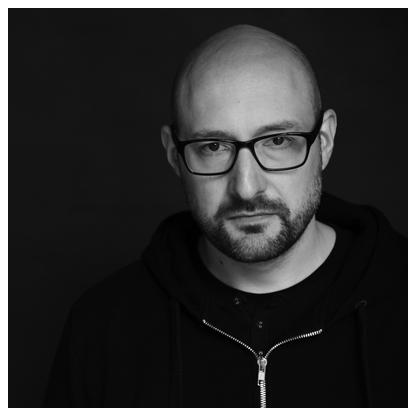 Tim Benjamin is a successful composer best known for opera including the critically acclaimed RIP and Silent Jack (2015), Madame X (2014) and Emily (2013), along with music for film and TV and the concert hall. He is also well regarded as an opera director, writer, and public speaker.

Liles collaborated on the project ‘Nocturne’ with Tim, it can be downloaded here – NOCTURNE

1.) WHICH RECORD HAS HAD THE MOST PROFOUND INFLUENCE ON YOU?
Hong Kong Garden by Siouxsie and the Banshees. My school library had a tape of it (how cool?) and I dug it out on a whim having never heard them before. Actually, it was Once Upon A Time (the singles collection) and HKG was the first track. Just one of those electric, epiphany moments of musical listening that I now know happens extremely rarely.

2.) HOW MANY HOURS DO YOU SPEND A WEEK RECORDING/PLAYING/CREATING?
Recording, writing, playing – that’s easy to measure. However, “creating” goes on endlessly in my subconscious. I’ve come to learn that when I have “an idea”, no matter how strong I think it is and how quickly I want to start working on it, I have to leave it to brew for a good while before it’s truly ready to start entering the wider world. For me, this is the actual composing, trusting my subconscious. The sitting down and writing and recording is a much more mechanical creativity for me, and sometimes it’s frankly weird to discover at that point what my reptile brain has come up with, what connections it has made.

3.) WHICH OF YOUR OWN CREATIONS IS YOUR FAVOURITE?
Ah, this is like asking which of my legs is the best one. But, I must say that the operas do stand out; the ones that I have directed as well as written – there’s something particularly special about working for weeks with a great cast on your own music, about working in theatres in general, which I love. It has a feeling of “real” that you can’t get in a studio or alone with manuscript paper, or even on hearing a performance in a concert hall. But I’m also terrible at going back and fixing things. The current/next project is always the one that gets all my passion and attention.

4.) WHAT IS YOUR BIGGEST REGRET?
Honestly, I have none beyond the trivial. Every time I get all regretful about some life choice or other I look at what I have now and think would I have had that? Better than that? Or more likely, worse than that? So there’s no point in regret.

5.) WHAT DO YOU DO TO RELAX?
Cooking. The patience, diligence, chemistry, surprises and final reward (hopefully) of trying out obscure recipes. And the great outdoors. There’s nothing for clearing the mind like getting out there and undertaking some physical challenge or other.

6.) OTHER THAN FRIENDS AND FAMILY WHAT IS YOUR MOST CHERISHED POSSESSION?
It’s a small rickety pine table that we had as our family table when I was a toddler. Somehow it survived through redecorations, house moves, school, university, 20 years since. It’s been my writing table for at least a decade, and the wonky/wobbly angle of the worktop is just right for that, useless as it would be to eat off. I like the connection it has to my past and to my childhood in particular.

8.) WHERE IS YOUR FAVOURITE PLACE IN THE WORLD?
A place called Solalex, in Switzerland. There’s a cliff called the “Miroir d’Argentine” (silver mirror) hanging above the secluded valley; 400m of smooth, near-vertical rock. I climbed it once. It was terrifying. The stunning landscape seared itself into my mind; I’ve walked there only a few times, but I always want to go back. It’s a kind of paradise, whether covered in snow or in broad summer sunshine, or anything between.

9.) IF YOU DIDN’T HAVE YOUR ART WHAT OCCUPATION DO YOU THINK YOU WOULD BE DOING?
Astronaut, or lion tamer. Definitely not an accountant.

10.) IF THERE IS ONE THING THAT YOU WOULD WANT THE WORLD TO KNOW ABOUT YOU THAT YOU HAVE NEVER CONVEYED IN AN INTERVIEW BEFORE WHAT WOULD THAT BE?
No. What happens in Tim’s room, stays in Tim’s room.