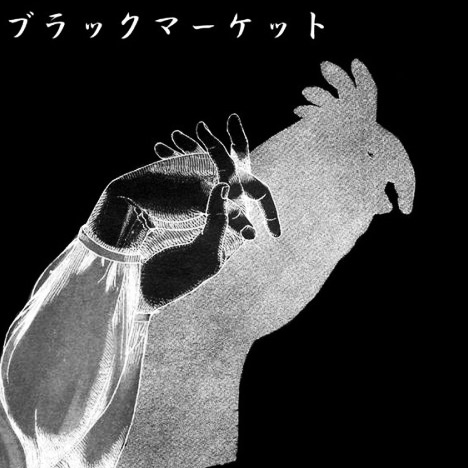 BRAINWASHED
Written by Matthew Amundsen
Sunday, 05 August 2007
Another bewitching album to waltz from the Vortex Vault, this one evokes cinematic imagery if only because there is less of a focus on vocals here and more emphasis on atmosphere. One of the best things about Liles’ music is how it sparks the imagination beyond the scope of intention, and Black Market is no exception.
Liles’ use of the sustained piano is a common thread running through many of the entries in the Vortex Vault, and his use of it in the opener “Malcolm” could be an invocation of the rest of the series. The piano also figures prominently on a couple of other tracks, including “He Always Worked, He Never Hit Me,” the wistful melody of which reveals a little more emotion than some of his other solo piano works.
“Robotic Monkey” especially made me think in cinematic terms as it could easily be the soundtrack to a long-lost David Lynch outtake with garbled, guttural speech underlying a mystery-laden jazz score. Equally intriguing is “A Little Adventure After Dark,” in which an appealing rhythm made from what could be the striking of high-tension wires and additional reverb clanks around for a while until a light keyboard melody arrives to complement the movement and is eventually joined by horns for the finale. I was also captivated by “Taking Bumblebee to France for the Afternoon,” a gossamer fugue that ends with the sound of an airplane flying away, as well as “Time Waits For No Man,” a droning instrumental with sinister undertones. Since I am both allergic to bananas and lactose intolerant, I have to admit a fondness for the title, “Matthew Doesn’t Like Bananas In His Ice Cream.” Thankfully, the song itself is much more enjoyable than my own boring trivia as its heavy, wavering tones are eventually relieved by a hallucinatory airy passage. Liles ends the album on a different note altogether from which it started with “Black Grass.” Here he unleashes his krautrock impulses in a slowly unfolding hypnotic rocker that’s one of the album’s longer tracks. There are only two songs on the album with discernable vocals, and both are effective counterpoints to the instrumentals that populate the rest of the album. The first is “36-23-33 1/2,” with numerical narration by Alexander Thynn, the seventh Marquess of Bath, who also provided narration on Mother Goose’s Melody. On “Anhedonia (Part 3),” Tony Wakeford contributes world-weary vocals over the top of Liles’s sparse, brooding piano.
While there are certainly some similarities among the different entries in the Vortex Vault series, each one has its own unique share of surprises. One of the great qualities of these recordings is that Liles can go from moody abstraction to playful structured material and make the transition seem natural, if not inevitable. His juxtaposition of different styles and the confluence of radically divergent ideas make his work vital, no matter what form it may take.