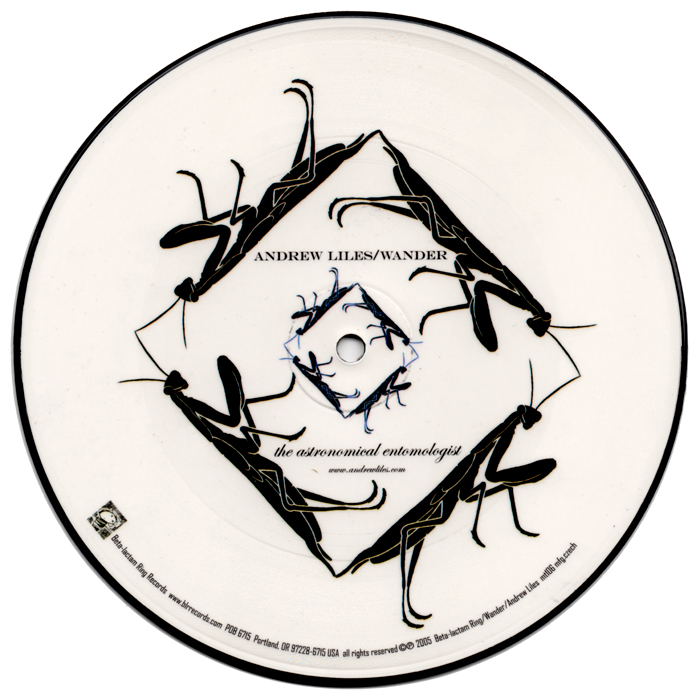 All tracks by Wander are Untitled. 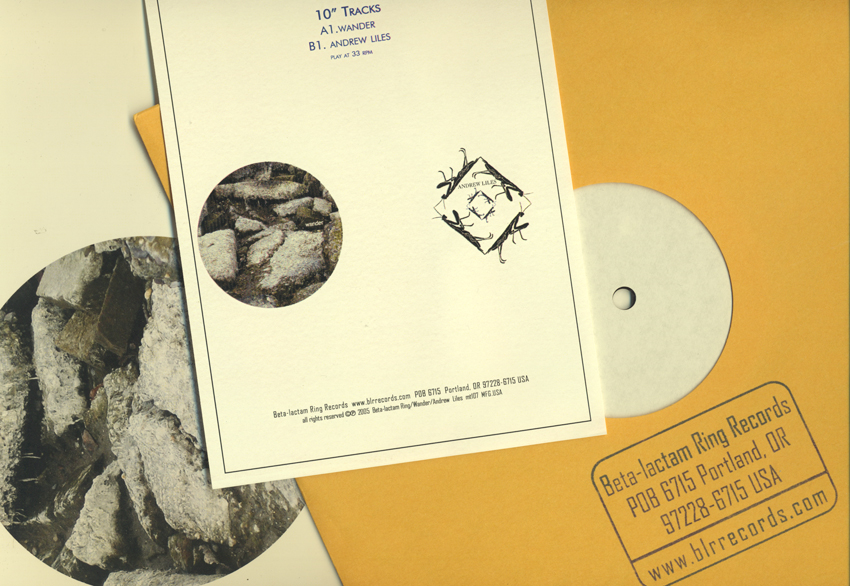 Both Liles tracks can be heard on the expanded download version of ‘The Gilded Age’ .

VITAL WEEKLY
Wander does not [need] another introduction here of course. But this 7″ may need scrutiny: not the usual drone music, but a synthesizer sequence to which other synths have been added. Strangely reminiscent of seventies german synth gods like Tangerine Dream and others really. And quite funny. The other side seems to be a collaboration with Andrew Liles, I am guessing he is playing along with the Wander recording. And this is even more fun: the synth sequence is overruled by a drum computer beat to which guitars are added in several, mostly rhythmical ways. Reminiscent of early eighties punk/rock like nothing I have heard before. Very refreshing this little disc! (MR)