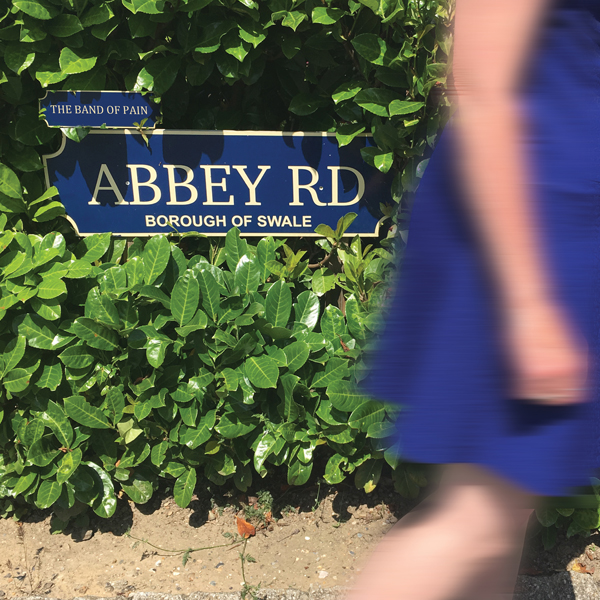 SIDE ONE
Intro
Still Falls The Rain
Tuinal Chaser
Winter

L.P. VERSION:
This record was pressed in audiophile 180 gram black vinyl and limited to 500 copies exclusively for Record Store Day 2017.

CD VERSION:
Originally issued as a long sold out limited vinyl LP for RSD 2017, Very Friendly Records now present the CD release of Band Of Pain’s Abbey Rd, with a twist. One side is a 2-minute piece that is a vinyl record, of a previously unreleased track “Skellems”, the other a full-length CD. The package comes with the necessary adaptor you need to play the vinyl side.

Along with Band Of Pain mainstay, Steve Pittis there are also appearances from Nurse With Wound’s Steven Stapleton and Andrew Liles among others. Many of the tracks have been re-mixed and/or altered from the vinyl version and it’s been superbly mastered by Noel Summerville.

The set is packaged in an interactive gatefold mini-LP sleeve; the removable adaptor is part of the artwork. released in an edition of 500.

N.B. This disc must not be used with a “slot-in” CD player.