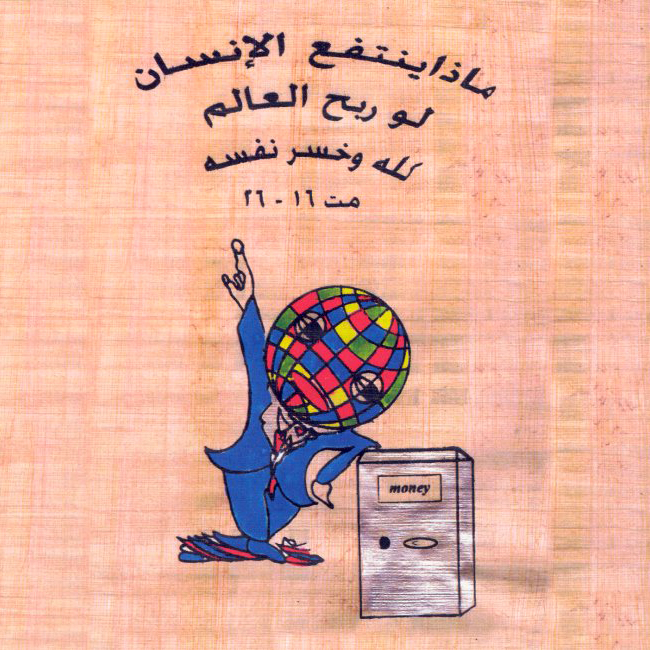 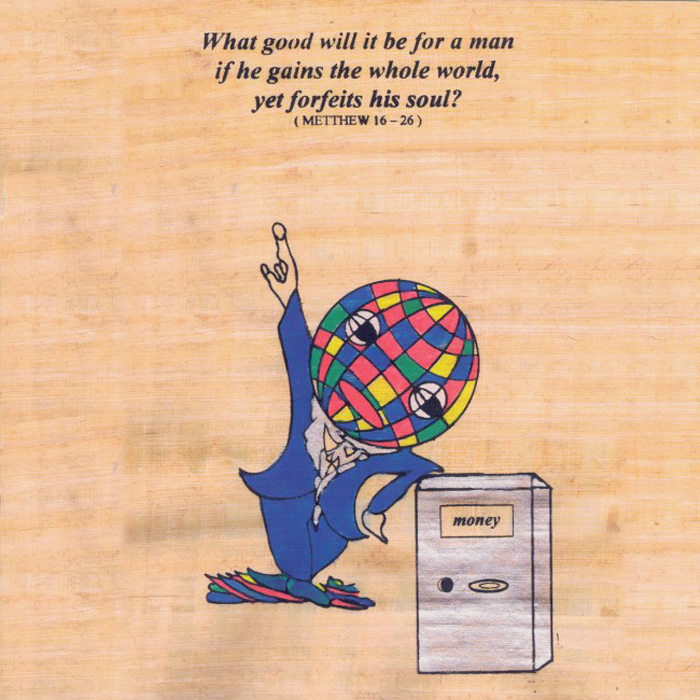 Just over two years after the release of Black ships ate the sky, Current 93 have reformed their line up and present here four new tracks with a pared down four piece of David Tibets vocals, Keyboards of Baby Dee, Whistling from Rob Sands and the mix and extra audio from Andrew Liles.
The sound is stark and minimal compared to their recent live shows which at times have bordered full-on prog-metal. In fact it’s even more minimal than the recent Black ships opus and reminds one of their classic statement of muted melancholy Soft Black Stars. I looked to the Southside of the door has Tibets voice doubled against Baby Dee’s simple repetitive piano melodies. The lyrics are classic Tibet featuring all of his staple motifs of resurrection, Catholicism, cats, apocalypse, Ect. Liles twists and warps Tibets voice and it’s occasionally joined by yelping little high pitched Tibet voices. Apart from this and a few minimal studio tricks the track maintains it’s stately beauty throughout.
She took us to the places where the sun sets is a far more bizarre encounter than the first. The piano melodies have a drama and urgency about them and after an intro of distant clocks ticking Tibets voice lurches shrouded in a horrific overdrive distortion that pannes and doubles his apocalyptic rant across Baby Dee’s almost mortified piano. Seriously scary stuff from the man who loves his noddy.
The Nylon Lion Attacks as Kingdom uses a similar but less aggressive distortion on Tibets voice and the piano has less doom about it. Some light keyboards are present along with a more complex mix of piano and voice that causes the melodies to swirl as if falling slowly into the maelstrom.
Suddenly the living are dying is a short revisiting of the melodies of the first track as if bringing us full circle. It ends with a little sound collage of horses hooves, screeching metallic drone and static noise from Liles.
Startling EP from the band who judging by the live shows seemed to be heading in less idiosyncratic direction. Not the case though, they have produced a frighteningly intense melancholic works that seems to combine the best of many different C93 eras. The forthcoming album is highly anticipated.
Duncan Simpson

Announcing the arrival of the next chapter in the ever-evolving cycle of life that Current 93 progress along are the delicate and immediately captivating keys of ‘I Looked Southside Of The Door’, the opening track to their much anticipated ‘Birth Canal Blues’ EP. After drawing a close to the majestic ‘Black Ships Ate The Sky’, this EP marks the introduction of what could be the defining moment in C93’s career, the forthcoming ‘Aleph At Hallucinatory Mountain’ album. Acting as a pre-echo, or a prequel if you will, to this album, ‘Birth Canal Blues’ contains four tracks (or even one track in four segments), clocking in at round 19 minutes, which according to the Durtro website, won’t appear in this form on ‘Aleph…’
Arriving so quickly after ‘Black Ships…’, it would appear that Tibet is in full creative swing, and this EP echoes this sentiment perfectly, as it delivers the Current 93 that we have all come to know and love, but with a sound and atmosphere that has been refined and has progressed somewhat. Reflecting the influences, ideas and concepts that shape Tibet’s world, the band’s sound, whilst still being recognisable as Current 93, is somewhat different in parts from what they have produced previously, and as such it delivers a wonderfully diverse and compelling exploration into this newest chapter of one of today’s most innovative, influential and talented groups.
Opening with ‘I Looked Southside Of The Door’, you can’t help but be moved by the hauntingly beautiful keys that introduce this track. They have a wonderful simplicity but touch the very soul of the listener with their emotionally filled sentiment and the atmosphere that it produces. You almost feel like the music alone makes this as near perfect as it needs to be. However, once this is accompanied by Tibet’s own devilishly unique vocals that are delivered with a heartwarmingly emotive passion, the intensity of the track’s sound increases tenfold. This divine coupling of vocals and keys is occasionally joined by the slightest interjection of subtle yet still hugely noticeable washes of noise, occasional sounds and spectral reverberations of samples that paste a fragile layer to the track’s sound and presentation.
As an introduction to not only a new cycle of Current 93’s work but also newly recorded material from this seminal group, it’s about as perfect as it could be, and is an absolute joy to behold time and time again. Inviting comparisons to the aesthetic and overall sound that C93 produced on their wondrous ‘Soft Black Stars’ album, ‘I Looked…’ demonstrates immensely well why Tibet is so revered by the legions of fans that adore his recordings and the music of Current 93. You couldn’t ask for a better introductory track for ‘Birth Canal Blues’, although it sets the bar unfeasibly high for the remainder of the EP to keep up with. Yet somehow, Tibet and co. still manage to outshine this remarkable track with the remaining three pieces that follow.
‘She Took Us To The Places Where The Sun Sets’, is the second track on the EP and perhaps the most diverse and non-conformist in a Current 93 sense, not that Current’s work is conformist in any way, it’s just that it differs somewhat from what you may have been expecting, and shows a new side and slightly differing sound to Tibet’s work. With passionately stark piano accompaniment and what sounds like the distorted chimes of bells, you’re introduced to an overtly dark presence that slowly creeps forth, yet this is highly eclipsed by the torrent of guttural vocals that Tibet unleashes. Harsh, distorted and full of rage, it has a venomous vigour and unsettling malevolence that’s breathtaking. These vocals with their piano accompaniment produce a harrowing conflicting intensity that carries you along in silent awe. It’s difficult to try and explain exactly what Tibet has done here, but it seems like his friendships with the likes of Sunn 0))), Skitliv and Om have helped him formulate a more doomy, almost black metal vocal delivery that he executes amazingly well.
Even as I type this, I know my description of this track doesn’t sound quite right or give justice to what Tibet has achieved with it, but it really does shoot down like a bolt from the blue, and whilst it will startle many C93 fans, it will no doubt impress equal if not higher numbers.
If this is a new direction that Tibet is fusing into ‘Aleph At Hallucinatory Mountain’, then this album shows tremendous promise already, with the wonderfully differing sound that it will contain. And judging from the explosion of harsh noise that draws a close to this EP, as well as the distorted vocals that accompany the starkly beautiful piano of its third track, ‘The Nylon Lion Attacks As Kingdom’, this certainly looks to be the case.
Drawing a close to the proceedings is the sublime ‘Suddenly The Living Are Dying’, which mirrors somewhat the structure of the EP’s opener, in that it primarily consists of Tibet’s delicately delivered vocals sung over a bittersweet piano musical backing that makes your eyes swell and a lump rise in your throat. It truly is beautiful, and a triumphant ending to this all too brief glimpse of what we can expect in the near future.
Current 93 (who on this occasion are Tibet, Baby Dee and Andrew Liles) are without doubt my favourite band out there, and whilst not every facet of their work is untouchable by any stretch of the imagination, ‘Birth Canal Blues’ perfectly demonstrates why I have such a passionate love for their music. It touches me, stirs my emotions and keeps me transfixed throughout. Even with multiple listens, it only sounds better and seems to mature with each play. If their forthcoming album only has a quarter of the charm, emotion and presence of this EP, then it’s guaranteed to be a truly phenomenal album and perhaps the high point of Current 93’s career so far.
God Bless them all. Each and every one of them.

As the world of Current 93 is in the midst of rumblings announcing the forthcoming album Anok Pe: Aleph at Hallucinatory Mountain, this new CDEP was released at recent shows, both a stopgap and a preview of future iterations. The good news for those who weren’t bowled over by Black Ships Ate the Sky is that Birth Canal Blues is quite different indeed, and represents a new direction for David Tibet and company.
One of the most immediately noticeable changes is the stripped back personnel that comprises Current 93 for this release. Instead of the huge and unwieldy collective of musicians used on Black Ships, this EP recalls Soft Black Stars or Sleep Has His House in its limited instrumental palette and group; this time out it’s only Baby Dee on keyboards, Tibet on vocals and Andrew Liles inhabiting the usual Steven Stapleton role, producing and mixing. Hearing someone other than Maja Elliott tickling the ivories for Current 93 is an interesting change: Baby Dee’s style is less impressionistic, more traditionally melodic, tracing beautifully symmetrical piano figures informed by popular music or church playing. In some sense this is appropriate, as Tibet’s lyrics become increasingly focused upon Biblical prophecy. In another sense, it seems utterly at odds with the apocalyptic visions being related, creating an unorthodox hybrid of gentle pop and ferocious, unhinged teleological visions.
Andrew Liles’ production contributes to this unorthodox quality, splitting Tibet’s vocals between the left and right channels, and placing them slightly out of sync for the first track, “I Looked to the South Side of the Door.” The lyrics are typical for Current 93, and yet longtime fans will notice a certain evolution in Tibet’s text. Gone are the extremely personal confessions, replaced instead by vaguer and more cryptic prophetic visions: “Adam stands on ascetic mountain/The woman’s face is full of stars/And in the words of The Book/And with the lips of The Book/And the trumpet and the seal/And the candlestick that lights up your bed with seeds and flowers/And the lion on your rug that’s roaring like a lamb/On the rack and on it’s back/I call the martyrs on wheels/To this piss-poor mess/With the blood spreading like flies/Under the table and the gable breathing like curtains of eyes/That shift uneasily.” Tibet’s vocals are punctuated with mimetic sound sculptures, the sound of trains arriving and animal noises.
“She Took Us to the Places Where the Sun Sets” is something else entirely, with a dramatic multitracked piano part that forms the bed for Tibet’s vocals, which are mutated to sound like the monstrously distorted, satanic, wintry howls of a Nordic black metal vocalist, affected with delay that bounces between the stereo channels. As such, it is pretty much impossible to hear what Tibet is saying, but no matter, as the track is deadly and effective, chilling the bone like precious little Current 93 music in recent memory. When, at the very end of the track, Tibet screams quite audibly: “I will murder you!” I felt like I was back in the days of Dogs Blood Rising or Imperium, when Current 93 was unproblematically a gothic/industrial project, still quite capable of scaring the shit out of me. “The Nylon Lion Attacks as Kingdom” uses another outré vocal distortion, one which makes Tibet’s vocals sound more tortured and morbid than usual.
“Suddenly the Living Are Dying” ends the EP on a lighter note, reminiscent of something from Soft Black Stars, but with a bit more psychedelic fuckery, especially as the track fades out into piercing crescendos of atonal electronic drone, and the apocalyptic galloping of horse hooves, climaxing in an explosion of Merzbow-esque noise. The generic appellation of “apocalyptic folk” for the music of Current 93 has rarely seemed more appropriate than here.