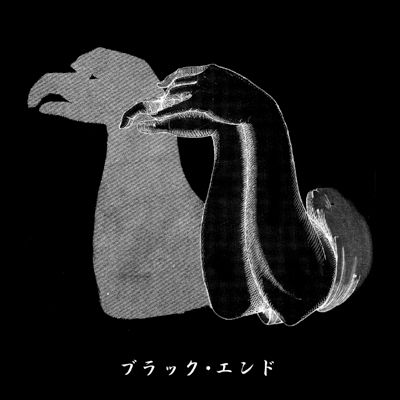 A thousand curtsies and twice as many thanks to Steven Stapleton who appears on ‘Ohm’, R K Faulhaber who narrates on track 2 and Matt Waldron who sings and plays guitar on track 3.

Brainwashed
Andrew Liles shuts the door on the Vortex Vault with this final installment which includes contributions from Steven Stapleton, R.K. Faulhaber, and Matt Waldron. It’s an atypical entry in the series and one of the most intriguing if only be cause of its spectacular finale.
Stapleton is listed as contributing to the first track, “Ohm,” but it’s unclear exactly what he does. The atmospherics the song delves into toward the end sound more like his style than does the voice that repeats the title as if i n a mantra devoid of mysticism. It’s a somewhat disappointing track given the personnel. More amusing is “As On a Dung Hill,” in which R.K. Faulhaber lists se lf-deprecating traits such as “I am filthy/I am riddled with lice/Dogs, when they look at me, vomit/My skin is encrusted with the scabs and scales of leprosy an d covered with yellowish puss.” Its playful organ and drums make it one of the more accessible pieces from the entire series and one of its most humorous. Matt Waldron’s vocals and distorted guitar provide the backbone for “Kojack Witho ut the Hat,” but the song is a little too repetitive without much of a payoff, and its novelty wears off after repeated listens.
While those three songs aren’t without their charms, the real jewel is the nearly 40-minute “Kay-Loong-Meu-Tuk,” which sprawls haphazardly in continuously cross-fading 8- to 34-second increments over 95 tracks, cycling through a variety of musical styles in the process. Parenthetically subtitled “(The Beginning of the End of the End of the Beginning of the End),” some sections hint at elements that may have been culled from previous Vault material. Yet it’s no retread either. Other than the ending passage lifted from the recurring “Anhedonia,” I can’t pinpoint any specific tracks that may have been used, only general i mpressions. Either way, this song is wholly its own with high-tension drones, rattling machinery, rushing water, sparkling pianos, and a harrowing choir, among many other elements, that make it such a bizarre cinematic treat.
As an ending to the album and the Vortex Vault itself, this track may not be an echoing boom, but the haunting impression it leaves is no less subtle. It has been a fantastic run, and this sweeping epic seals the Vault shut unforgettably.
Written by Matthew Amundsen
Monday, 10 March 2008

Classical Drone
The last volume, Black End, goes even further off the deep end. Liles shows his penchant for black metal (a “black” phrase that somehow didn’t get used for a title in the series) in the track As On a Dung Hill, a truly morbid poetry reading by R. K. Faulhaber recalling the lyrics of the more obsessed black metal artists. Liles has expressed a love of metal in interviews, and we also get some deranged surf guitar (played by irr. app (ext.)’s Matt Waldron) of Kojack Without The Hat. Most bizarre is the last item on the disc, a thirty-nine minute excursion entitled Kay-Loong-Meu-Tuk (The Begining of the End of the End of the Begining of the End) [sic], which is divided into 95 tracks ranging in length from … well, it’s hard to say. For the two shortest tracks, iTunes reports the time as “not available” and reports the two longest tracks at more than 15 hours. There’s some serious f***ery going on in the CD’s table of contents. Also notable is that Black End is the only Vortex Vault CD that is not available at emusic, Amazon, and iTunes. The piece itself is quite lovely, moving through watery field recordings, drones, a minor-key melody looped on the cello that segues into Auld Lang Syne on bagpipes, sampled choirs and orchestras, power tools, all combined in a fitting epic to close the suite.
What comes across through the three Vortex Vault albums that I’ve heard is a dissatisfaction with any individual genres, but a healthy curiosity and exploration, a refusal to get pinned down in any single area of music. I come away from this set with the highest admiration for Liles, and I look forward to hearing more of his music in the future.