SIDE ONE
Fast Forward Through Time

SIDE TWO
Reversing Through Time 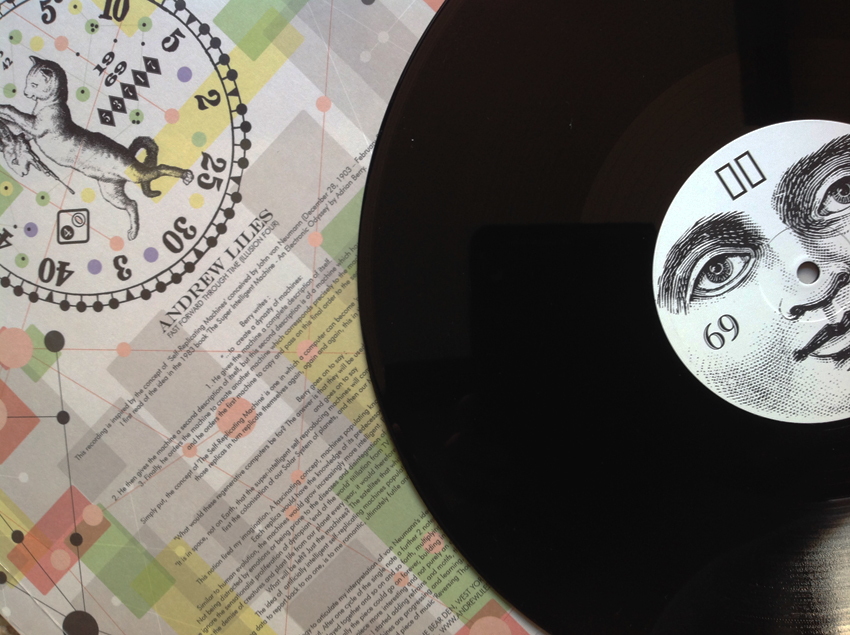 The first vinyl release on United Dairies in over 20 years! Pressed on 180 grm vinyl.

The ‘Through Time’ series is based on ideas around the concept of time, the passage of time, time travel and also in part on the writings of John von Neumann, specifically his ideas on the self-reproducing universal constructor and his lecture ‘The General and Logical Theory of Automata’. More about von Neumann can be read here.

This is the fourth and final part of the ‘Through Time’ series.

NORMAN RECORDS
Andrew Liles’s new album is a concept piece involving piano loops, a kind of mathematical musical experiment inspired by the idea of self-replicating machines. The idea is that a looped piano note is joined by two more, which then doubles to six, and so on, so the music goes from ambient Harold Budd-ish minimalism to fraught and chaotic expressionistic key-hammering and towards the end even a violent raking of the piano strings themselves.
Over on the other side the loops are stacked in reverse order, so while the music itself isn’t playing backwards, it begins with the closing chaos and ends with a single note. It’s an interesting concept and an effective one too – simple and strangely visual, like watching a timelapse film of a huge tree growing and dying and rotting away. Really interesting stuff, a strong concept thoughtfully executed to create an piece of music which is both thought-provoking and listenable.