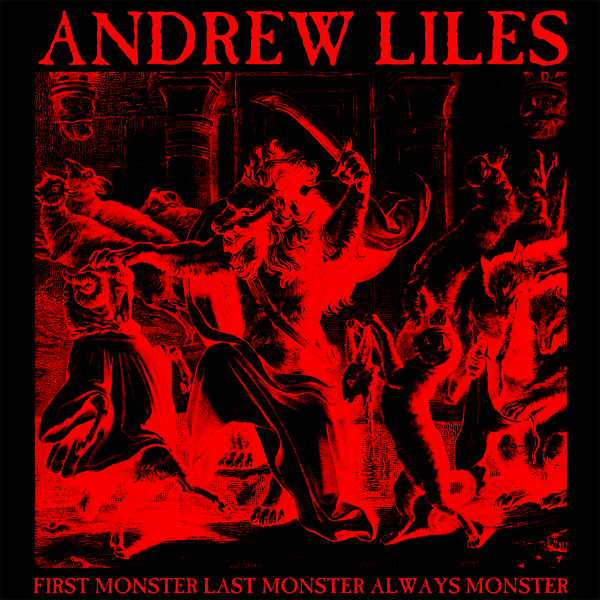 There are a number of records that I sentimentalise, rightly or wrongly, regardless of their musical importance or wider artistic significance. They mark transitions in my personal or emotional life, or they are simply a soundtrack to a moment locked in time.

On my birthday, March 11th 1985 one such ‘personal’ album was released. The Sisters of Mercy L.P. ‘First and Last and Always’.

30 years later to the exact day I released my version of ‘First and Last and Always’ as ‘First Monster Last Monster Always Monster’. Another instalment in the MONSTER set of releases. ‘First Monster Last Monster Always Monster’ is an instrumental, electronic adaptation of the entire Sisters album. My version to some may be a travesty, deemed a novelty recording, even considered sacrilege by others, the devil may care but I don’t mind, those opinions do not concern me. This is my heartfelt homage to a moment in time and a wonderful album.

I have also compiled (as far as I am aware) a complete collection of original versions of songs that The Sisters of Mercy have covered. The sardonic and ironic adaptations by The Sisters have always amused and bemused me. The last track on this compilation is my version of The Sisters of Mercy song ‘Body and Soul’. It can be played by clicking below or going to the the Mixcloud site here – MIXCLOUD.

THEY ARE NOT DEPARTED OR GONE by Andrew Liles on Mixcloud

FREQ
Andrew Liles, the second Duke of Burgundy, third in line to the old French throne and now a broken-hearted (re)publican millionaire (his fortune in bacterial warfare, a subsidiary of Pershing), scores when he wants.
He spends his time at his Bavarian recording castle, chasing peasants, scaring locals and recording recording recording. There’s Liles smears everywhere, even if you think you don’t own one of his records you’d be wrong. Look deeper, one of the Monster things will be there. He kicks around with Nurse With Wound, of course, and plays occasionally with Current 93‘s gnostic mass; but these two releases, with Andrew on his own (apart from all the cover girls, that is) sees him doing what he does best; ploughing a lone furrow, doing what the hell he wants.
First Monster is an instrumental, electronic cover of the first Sisters Of Mercy album. It needed to be done, I think, and to these ears works better than the original (I only really got into Peak Goth around the time Patricia Morrison joined and they got bass; First and Last And Always seems to miss bass, or miss the opportunity for bass, perhaps because Andrew Eldritch was so stuffed full of amphetamines his ears were tuned only to low treble).
Liles’s version tinkles, sounds in parts like it’d make an effective soundtrack to Audrey Rose or one of those Flowers In The Attic films. It also lacks bass; being decidedly light (or maybe my ears have gone, I’ve not listened to anything other than these albums today) and quite bouncy (in fact it got me to go back back and listen to the original and that’s more bouncy than I remembered it too — practically Balaam and The Angel or Gene Loves Jezebel glam).
Do you need this? Perhaps, if you liked the original and you wanted to spin out your friends at the Goth Club. I’d recommend a few chunks of hash, maybe some speedballs to counter, perhaps a little acid (don’t take it yourself — Freq could never suggest that — but give it to your goth friends, we all have them, and sit them in a quiet room and put this on and talk to them about the old days; remember when Eldritch came out at The Forum in that all-white suit! Remember when Nicola broke her leg stage-diving, when you tried some frottage out on that panda-eyed girl and she punched you clean out of your eyeliner?) and, and… there’s some fun to be had. Bits sound like New Model Army demos and maybe you’ve been looking to get your clogs out? Other bits remind me vaguely of the Teutonic medieval-stomp classicisms of Will, who were somehow associated with Front Line Assembly (I could look it up, I suppose but… this isn’t that kind of review), though this is gentler than either of those suggests…
I’m enjoying it, I think. The artwork is beautiful and dark and scary.
Loki.