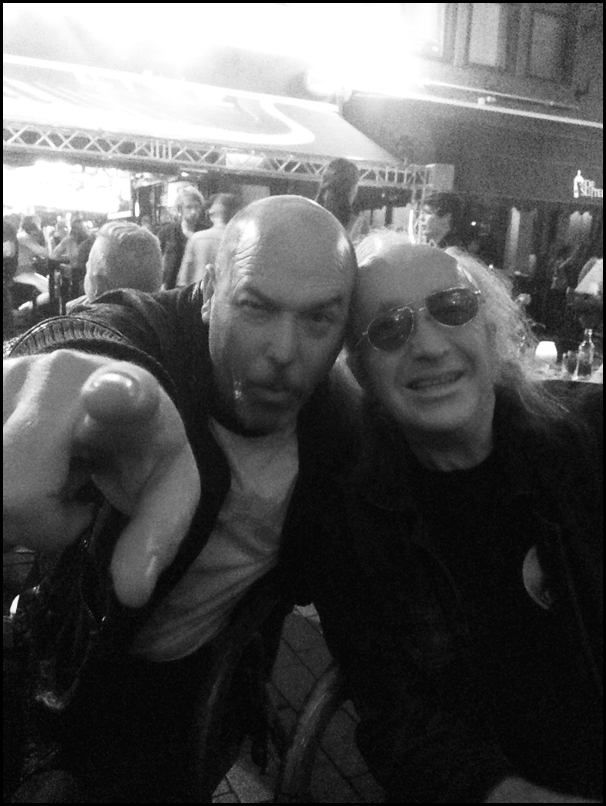 In 1971 when ‘Split’ was originally released, there were {a few} guitar pedals, mainly wah-wah, overdrive & chorus (with  a bit of phasing or ‘flanging’). I had an Arbiter and a sound early octave pedal but I was keen to find ‘new’ sounds, like ring modulation. Some of the 70’s bands have re-done their most popular albums but I never thought I could improve on Split, with Martin Birch engineering at De Lane Lea studios, it had it all!
When Andrew Liles (regarded by some to be the funniest man) told me he’d like to re-do Split I thought he was having a laugh, but he has done what I would have IF I’d had the modern pedals.
Andrew has done me a great service by bringing my recordings into the 21st Century.
Tony (T.S.) McPhee – 2015

The first 500 copies of the album are packaged in a stunning mirror laminated digipack.

WAS IST DAS
Andrew Liles remixing The Groundhogs 1971 blues-rock classic really isn’t something that you would expect to happen nor would you expect it work except it happened and it blew socks off. Just as the classic disco re-edits extended classic funk and soul songs with extra effects, Liles does the same honours for Groundhogs, making it sort of sound like someone sent them some guitar FX pedals back in the TARDIS to help them with the recording. There’s also some vintage synth sounds in there giving it just a little hint of the Hawkwind too. You’d have to be a stubborn, twisted kind of purist not to dig it.