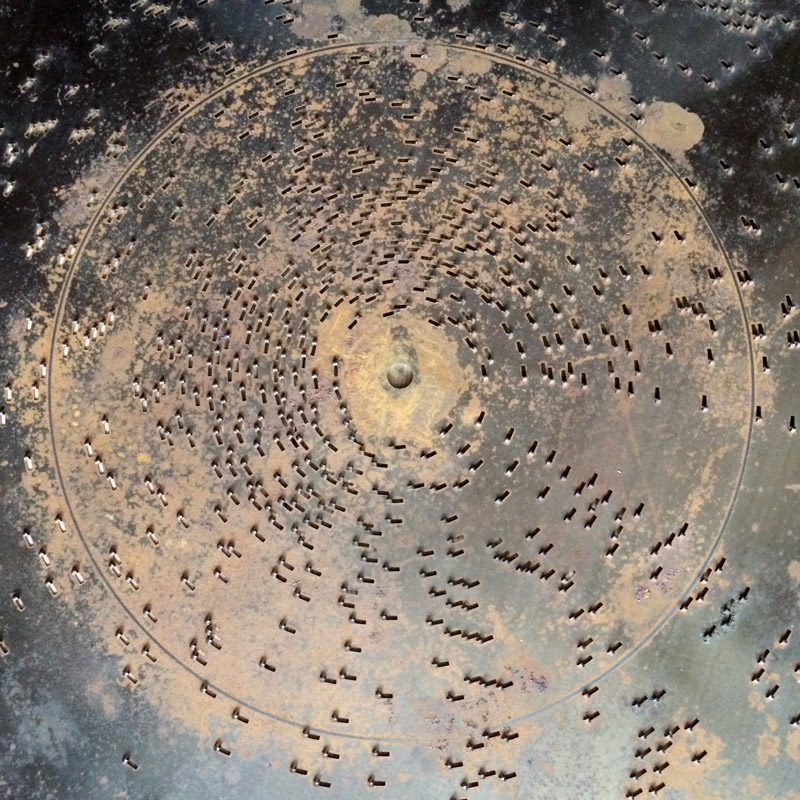 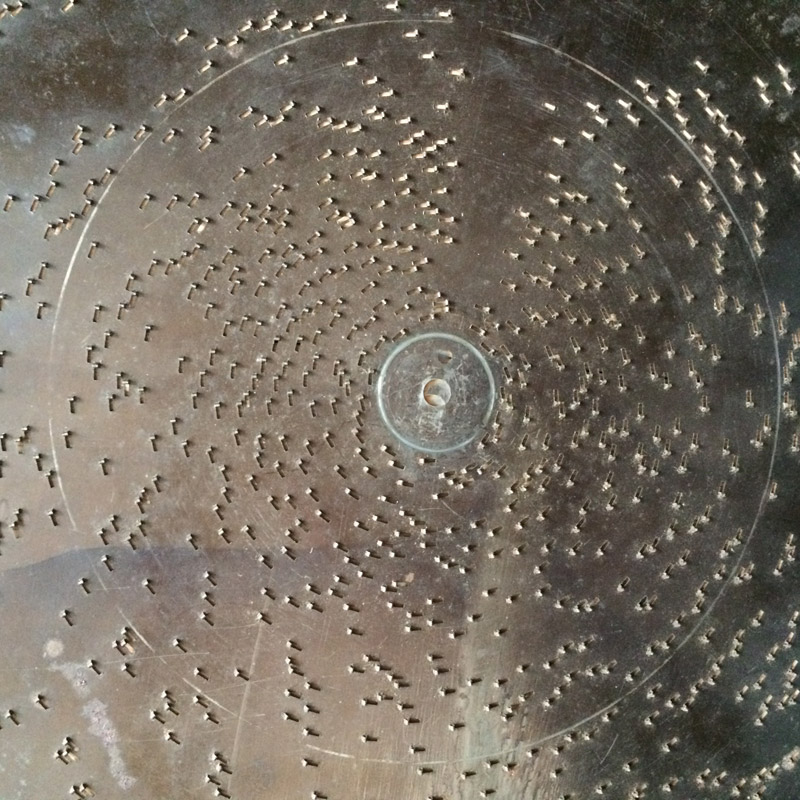 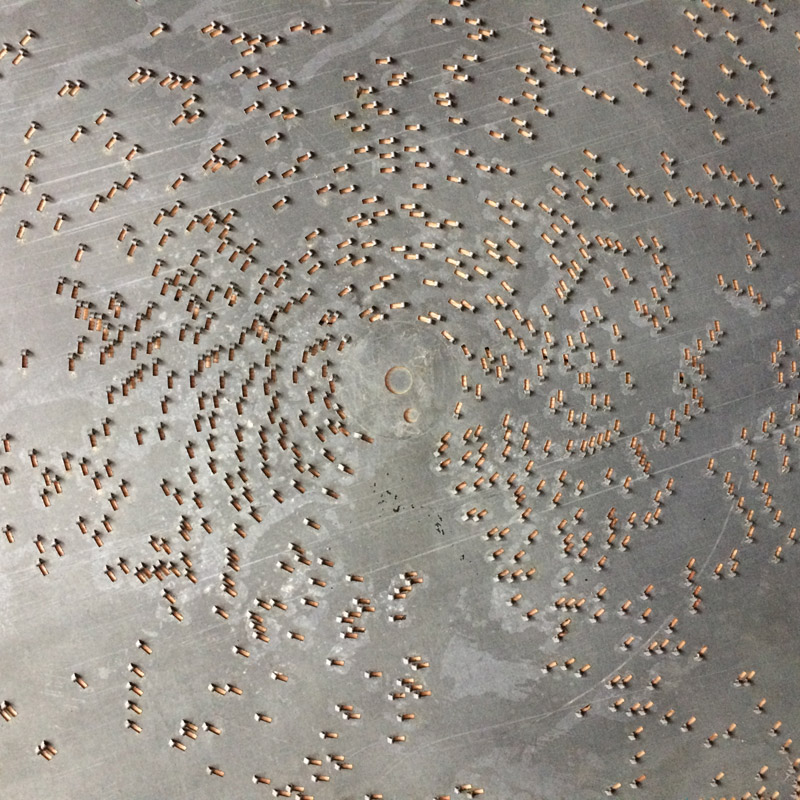 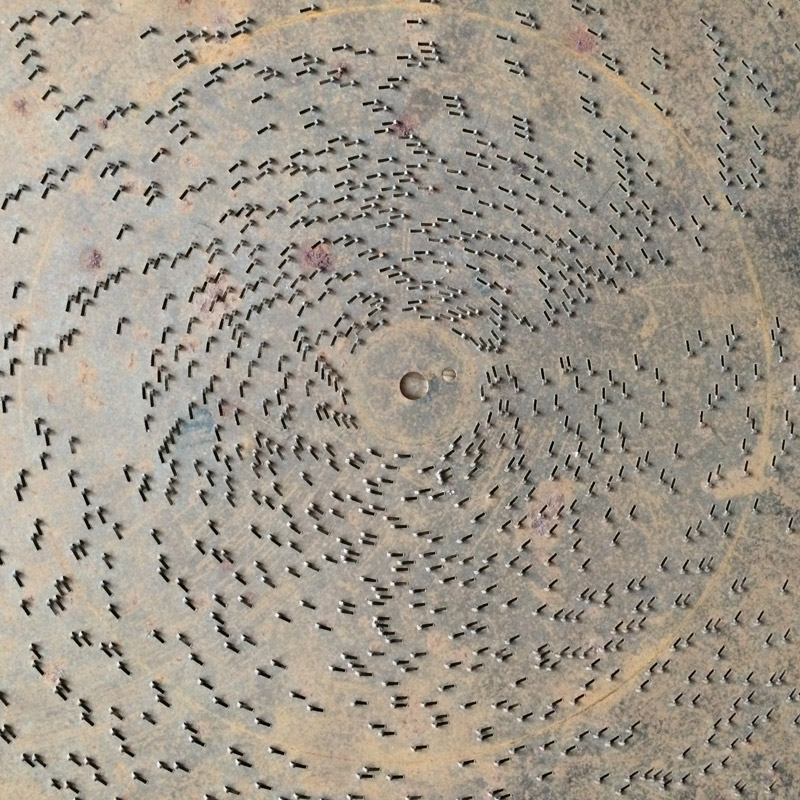 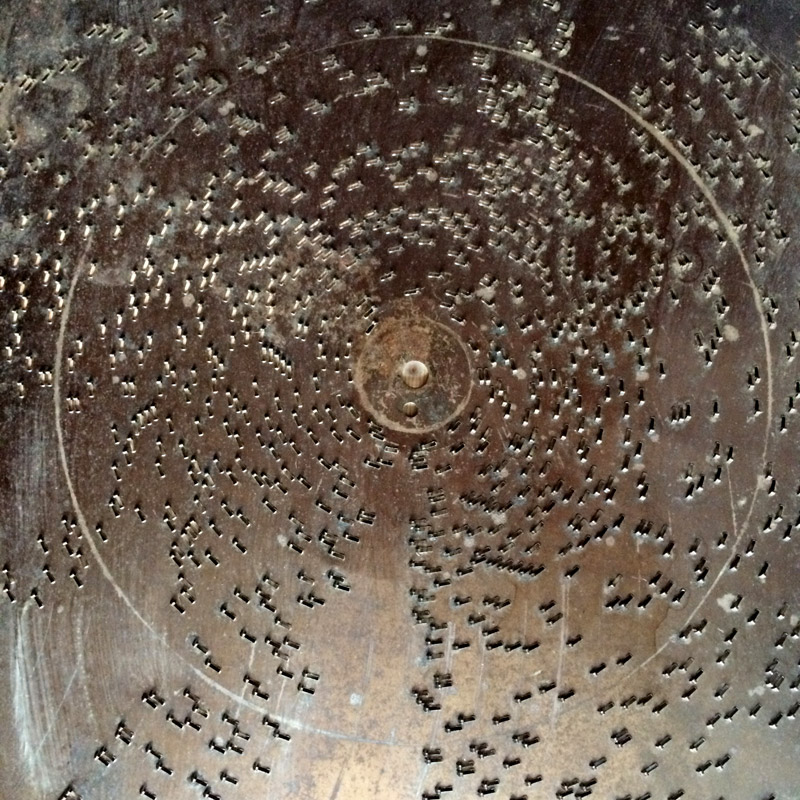 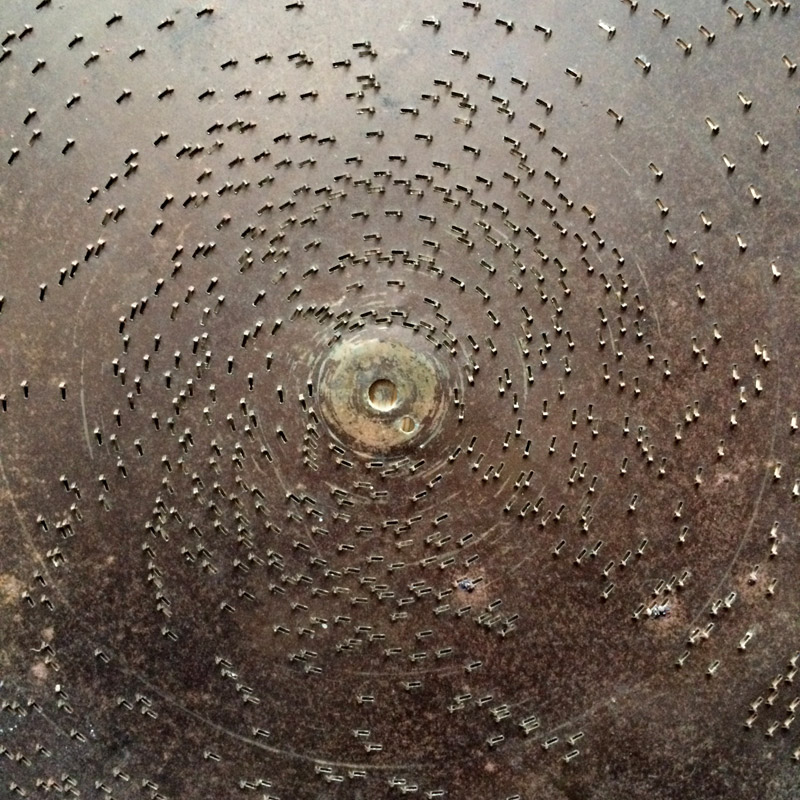 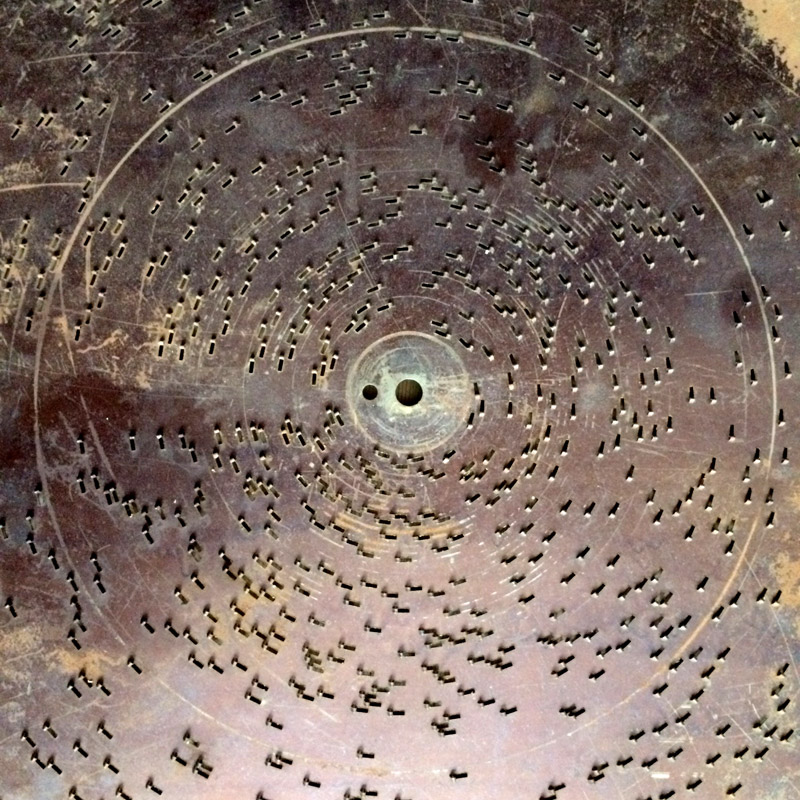 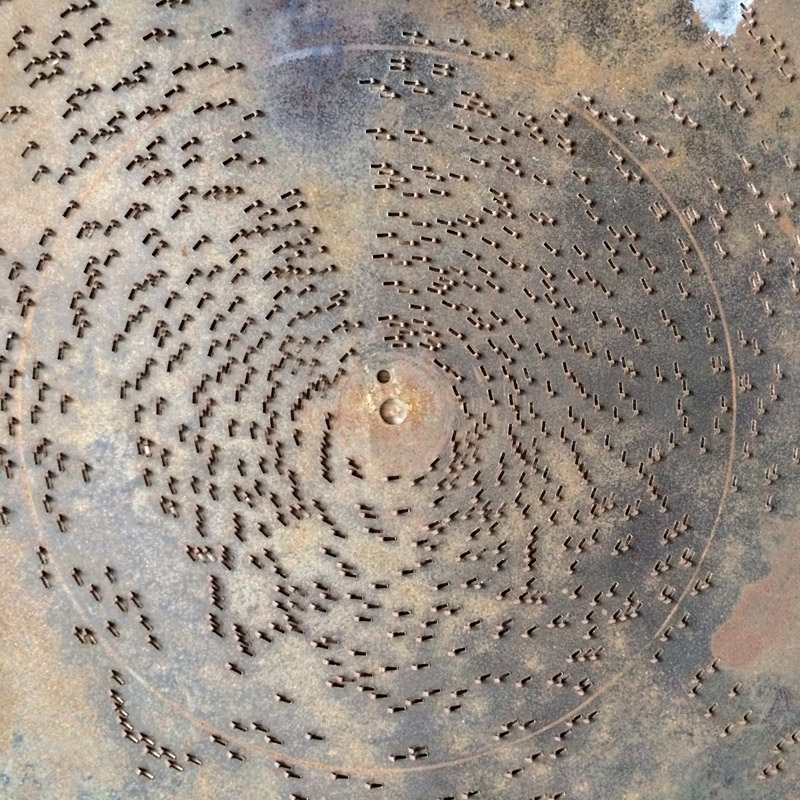 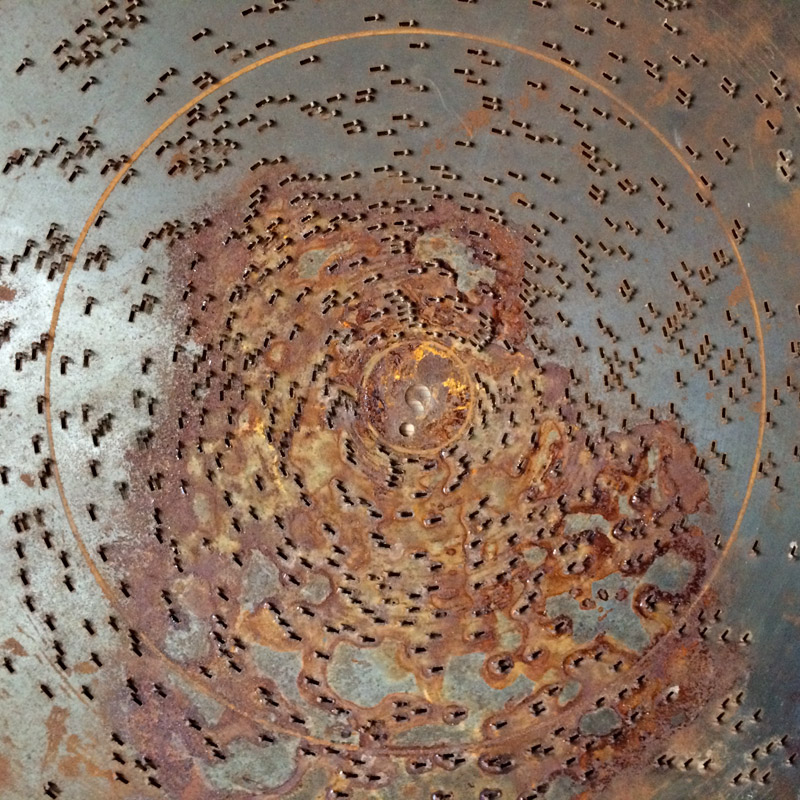 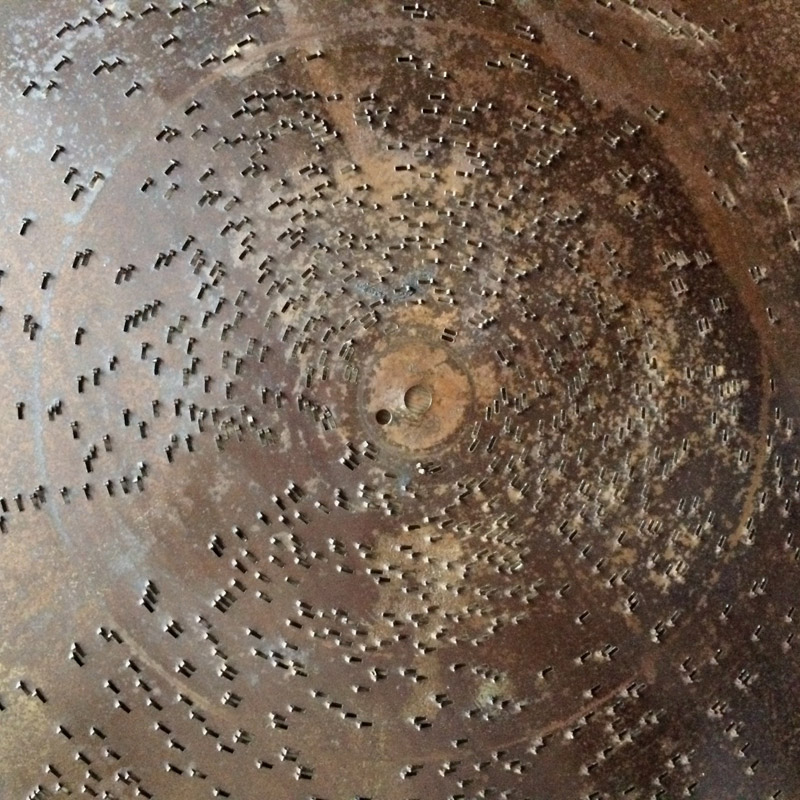 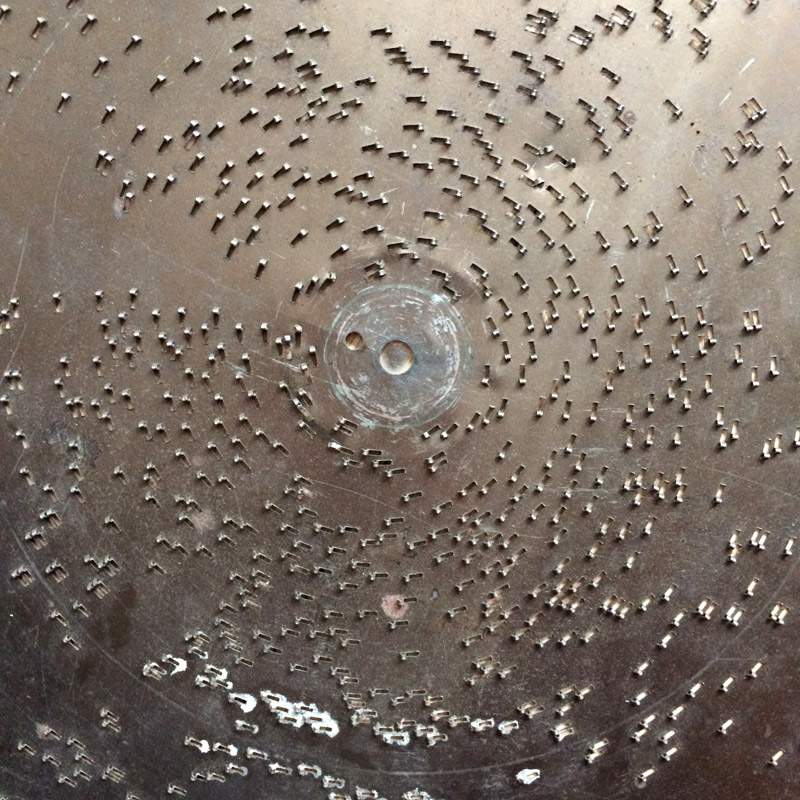 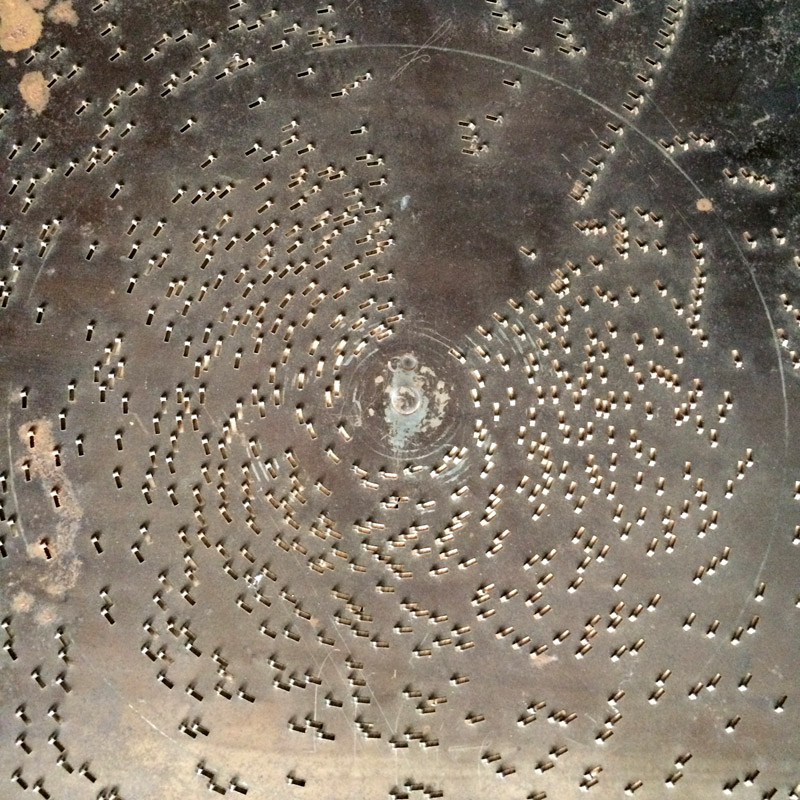 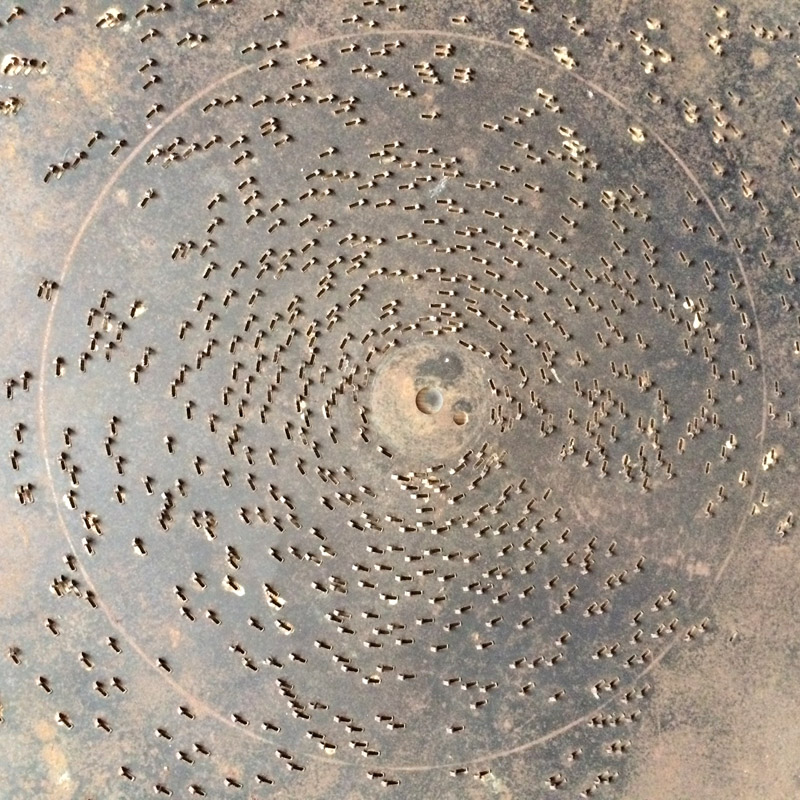 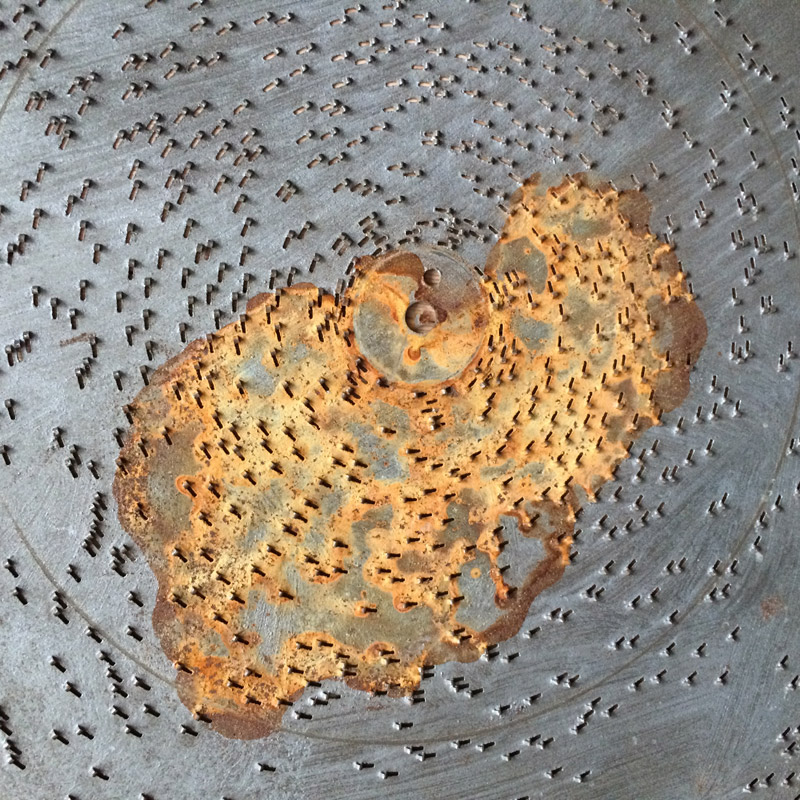 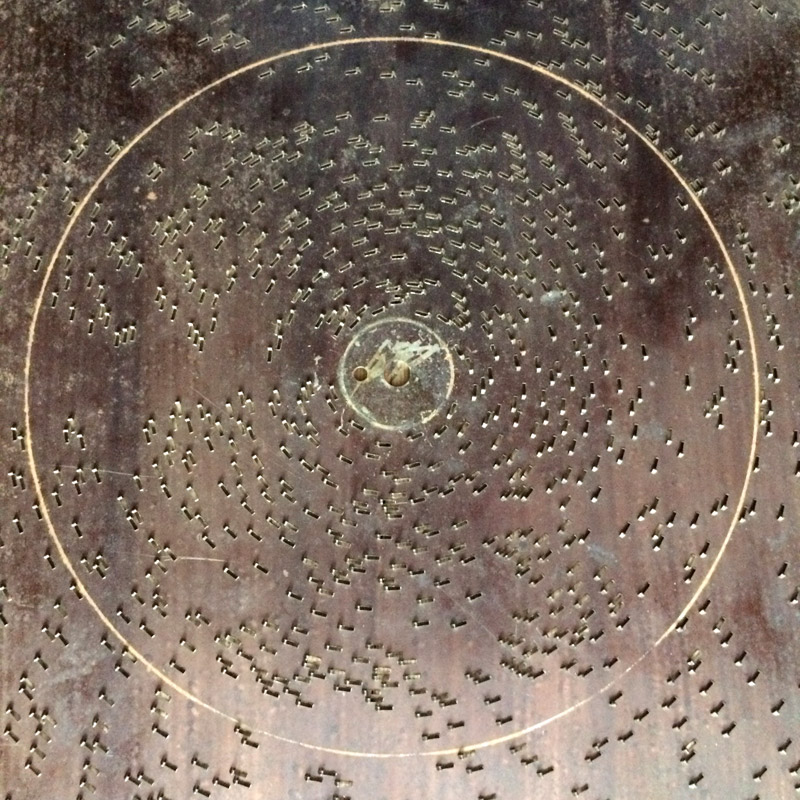 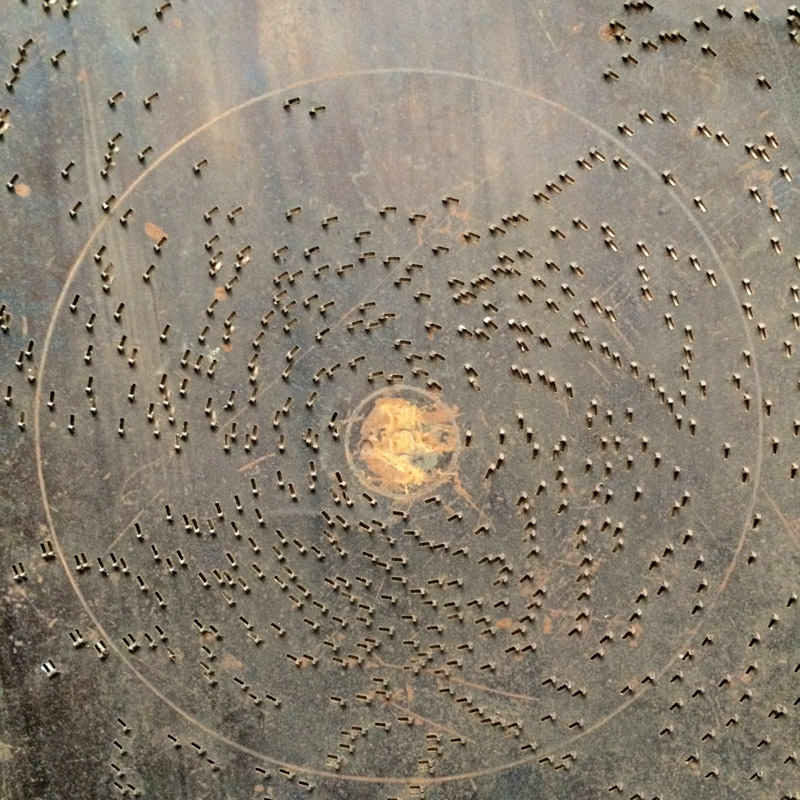 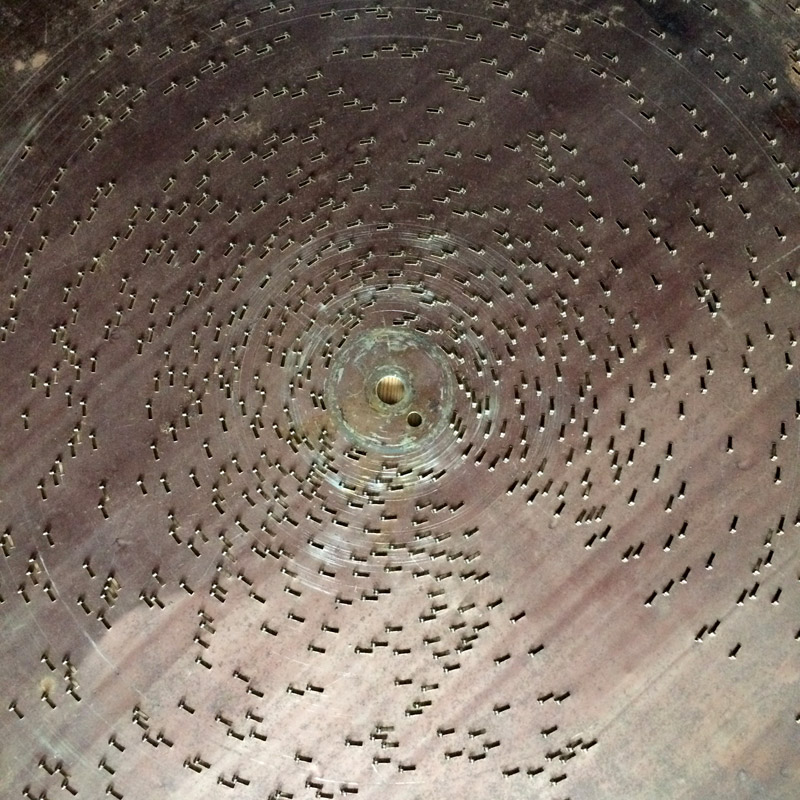 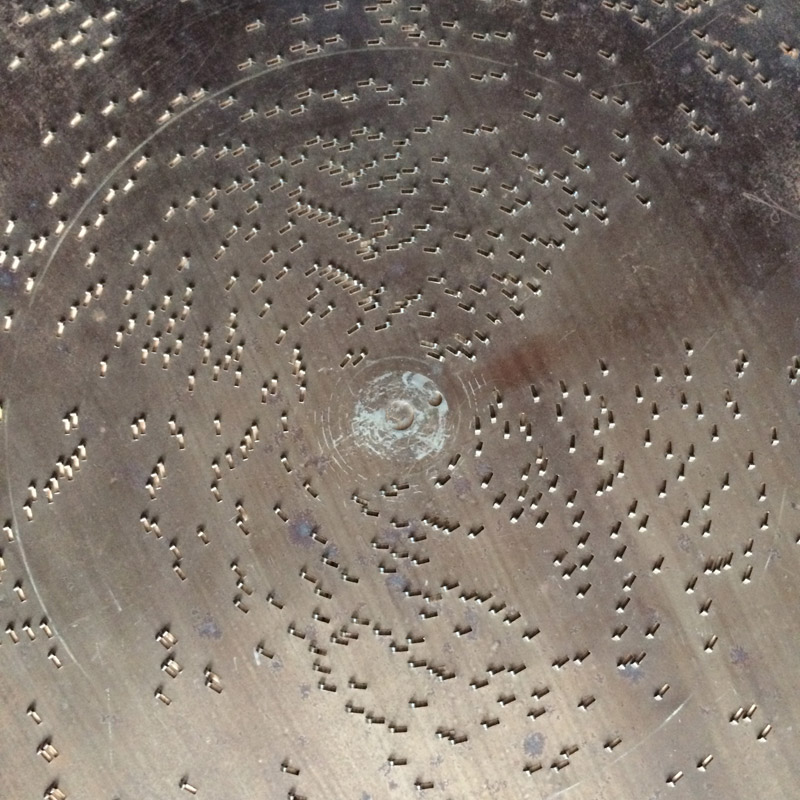 The music on this recording was created using photographs of 20 Polyphon discs.

The photographs were imported into i2sm which converts digital image files into music. It analyses the brightness, colour and saturation of pixels in the image and converts them into MIDI. The MIDI generated was then further adapted. Instrumentation, samples and incidental events were added and transformed for aesthetic and musical continuity.

A Polyphon is a disc-playing music box, a mechanical device first manufactured by the Polyphon Musikwerke. Invented in 1870, full-scale production started around 1897 and continued into the early 1900s. More about the Polyphon can be read here – POLYPHON

IDIOPATHIC RENAISSANCE is released in 3 editions –

ii. DOWNLOAD + CDR: EDITION OF 30 COPIES
Professionally pressed CDR housed in hand-numbered printed sleeve. The CDR contains all the download tracks plus an extra track, ‘0170’. This track will not be available for download.

iii. DOWNLOAD + 2 x CDR + ANTIQUE POLYPHON: EDITION OF 20 COPIES
Contains the CDR mentioned above plus a further CDR, a 40 minute remix of Symphonium Star Wheel which originally appeared on the 2009 album OUARDA (THE SUBTLE ART OF PHYLLORHODOMANCY). This bonus CDR will ONLY be available to customers who buy the Polyphon edition.

The package also includes an original Polyphon disc. The Polyphons are 39.5cm discs which will also play on a Regina Musical Box of the same size. They were made c.1900. The discs are in various conditions consistent with their age. No attempt has been made to clean the discs and their playability may be variable. 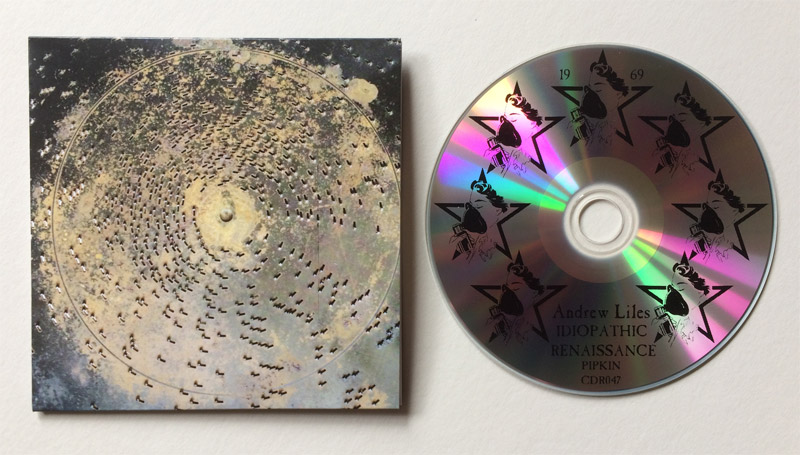 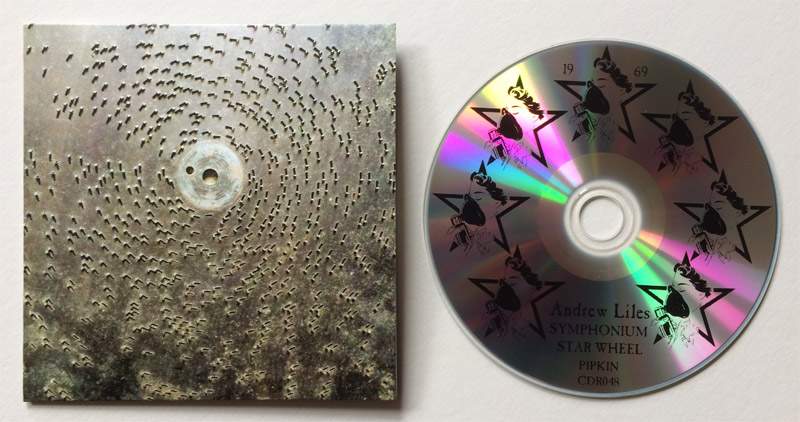