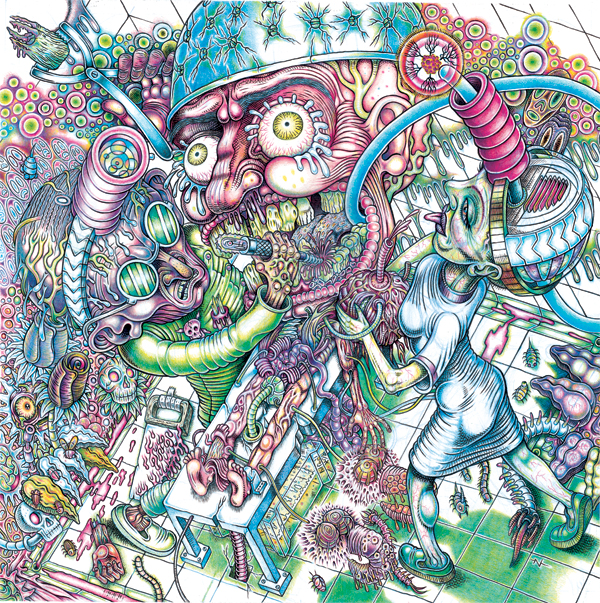 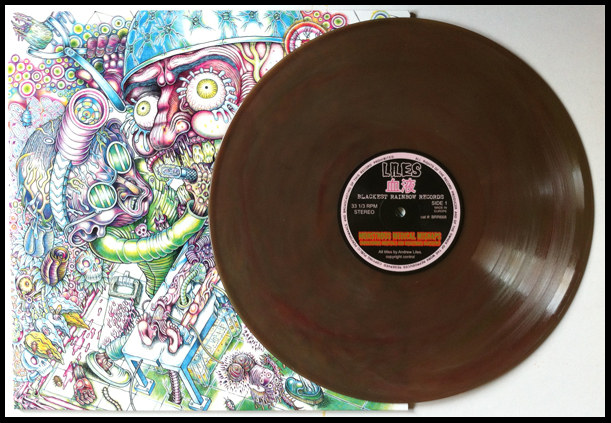 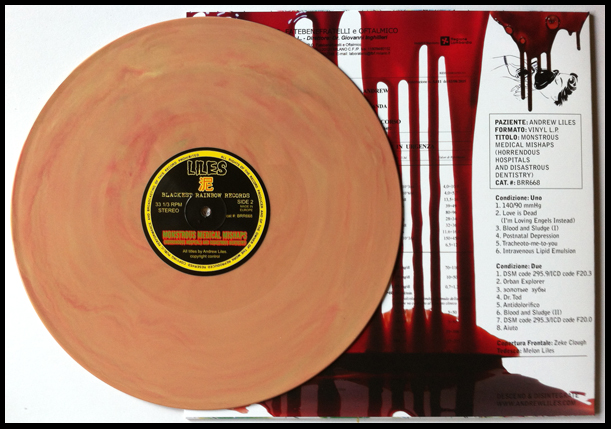 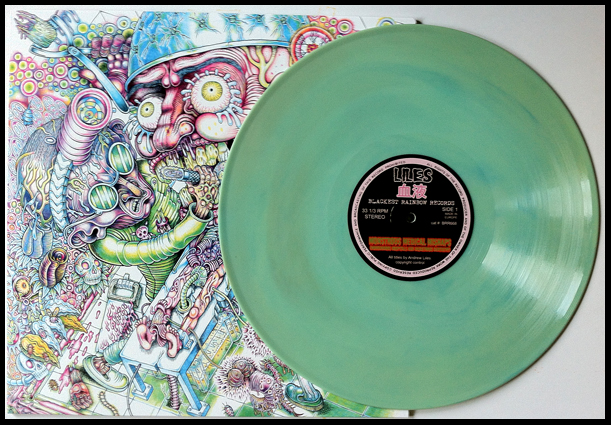 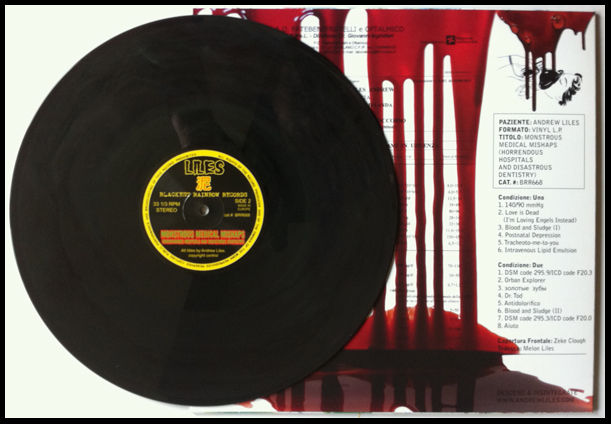 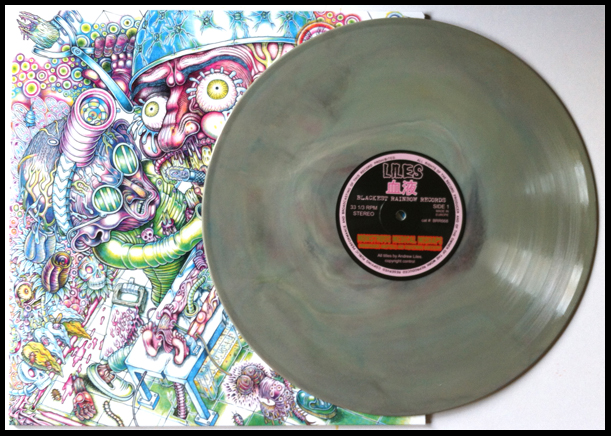 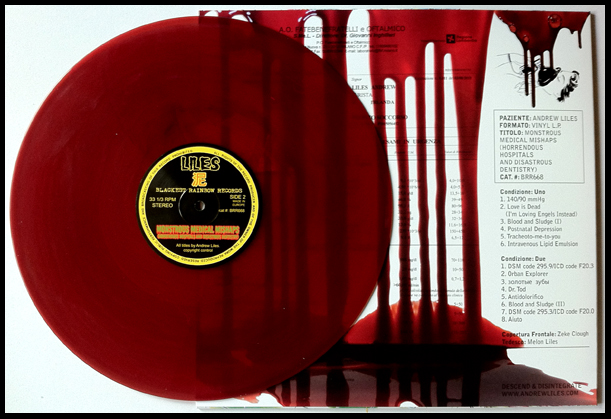 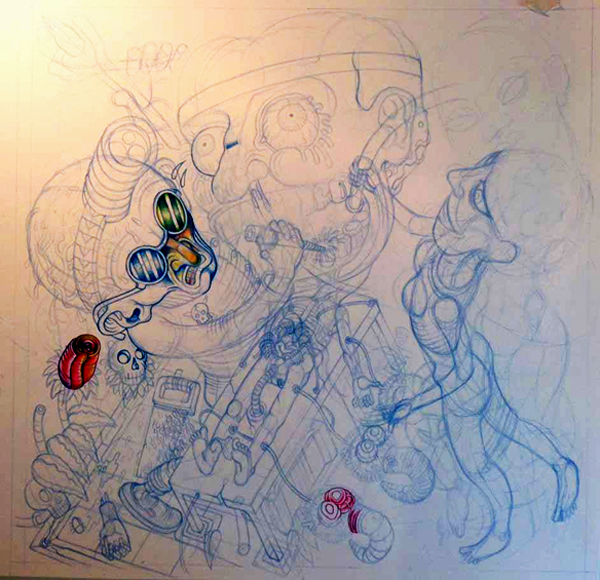 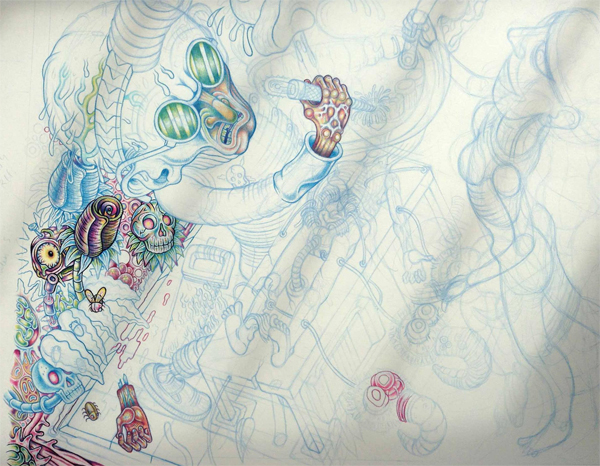 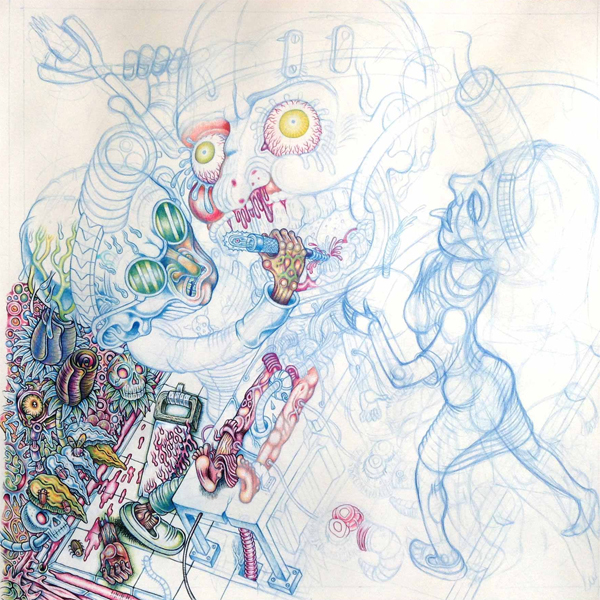 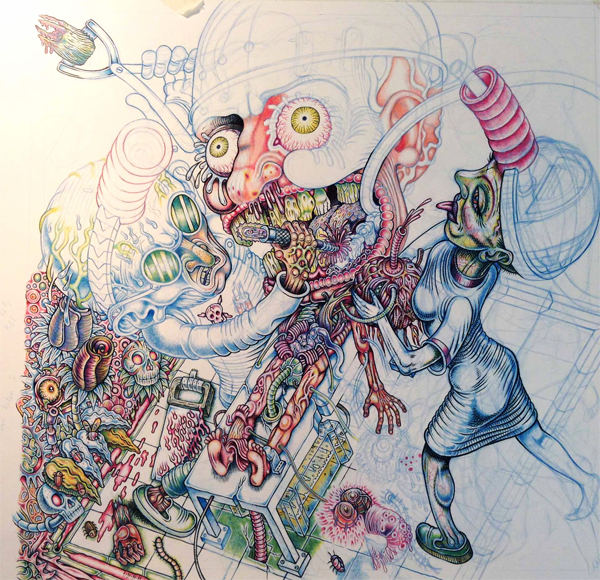 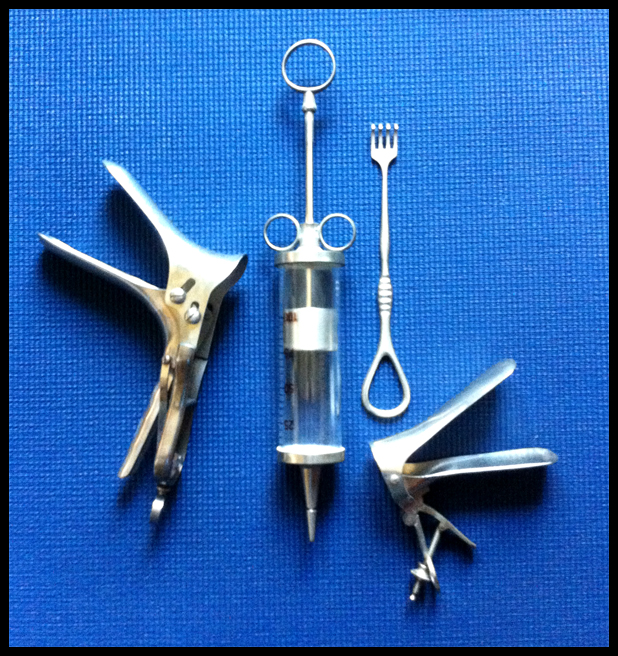 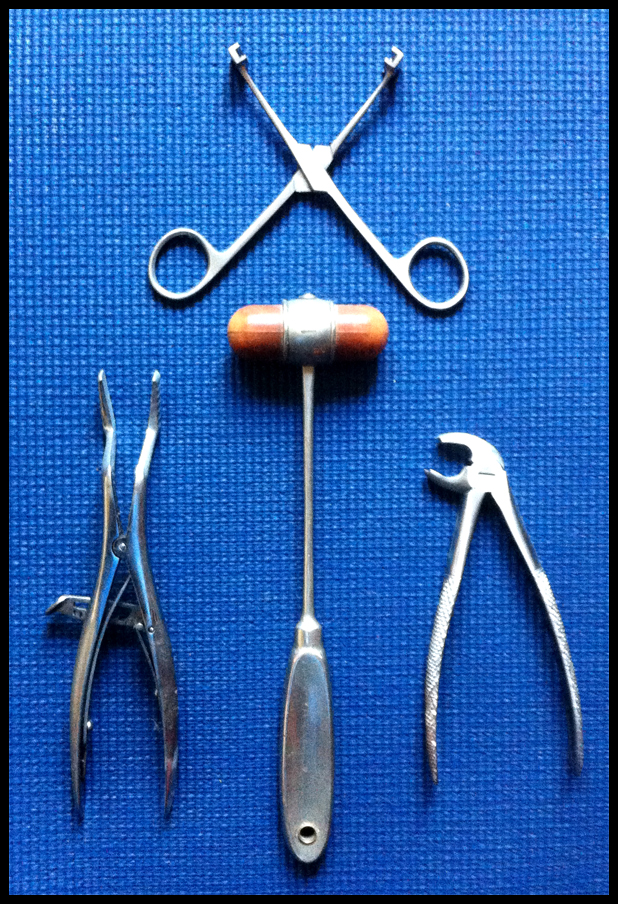 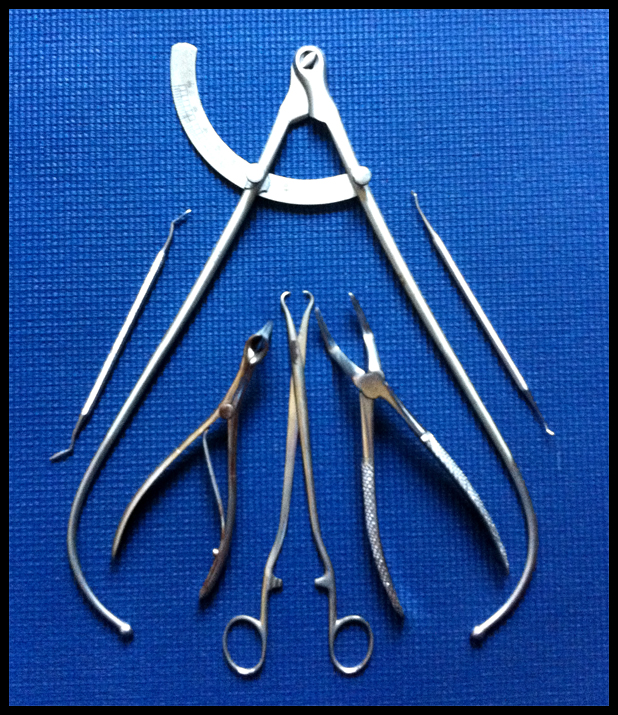 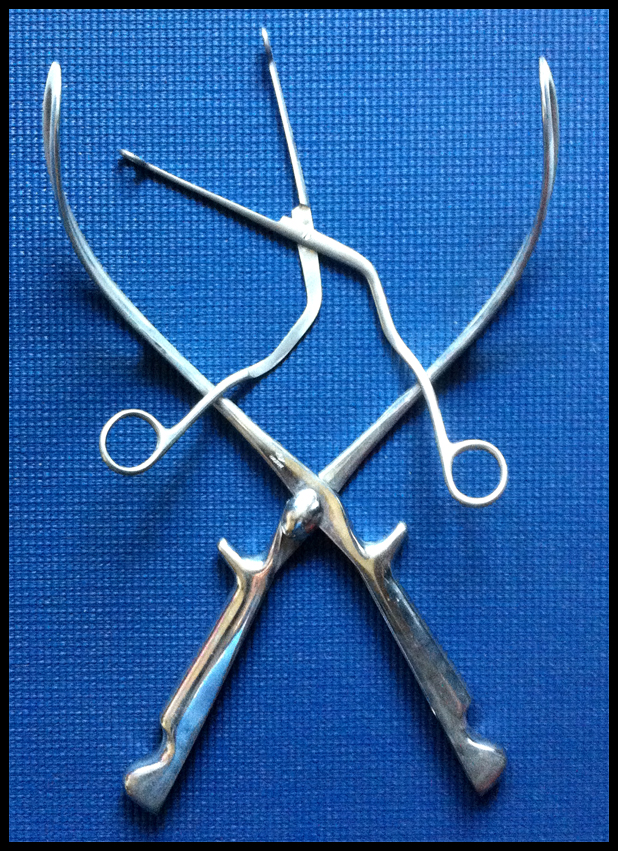 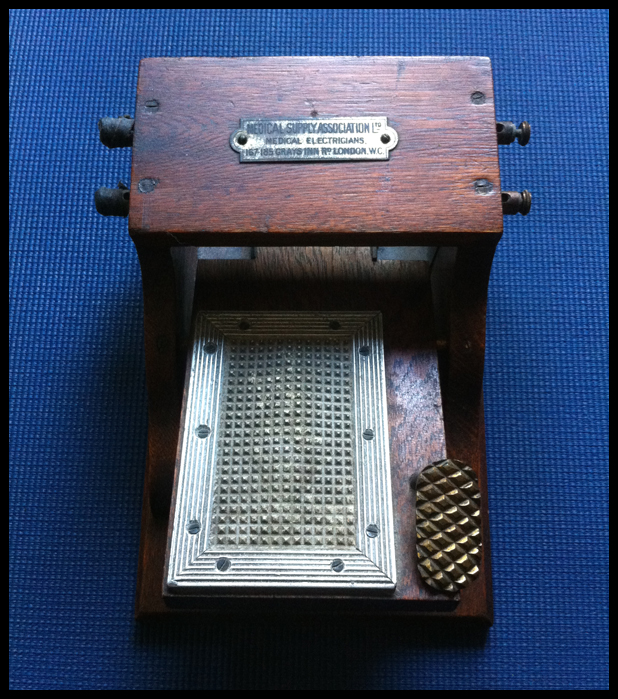 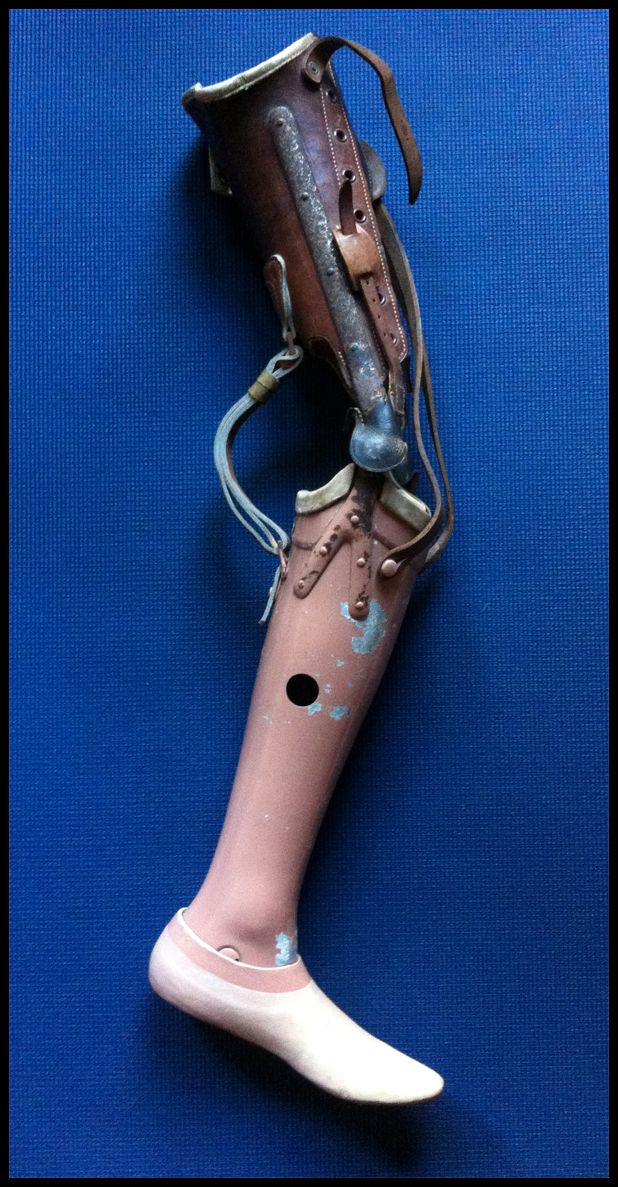 Another instalment in the ongoing MONSTER series and the fourth record for Blackest Rainbow.

Monstrous Medical Mishaps (Horrendous Hospitals and Disastrous Dentistry) is a medically themed album. Many of the rhythm tracks used on the recording were constructed from an array of meticulously crafted samples garnered from an assortment of medical and dental instruments being tapped, scraped and plucked.

As with all Liles releases, this L.P. covers a huge and unpredictable musical landscape, ranging from leftfield electronica and twisted beats through to the unfathomably bizarre.

Open your mouth and say “AAAARRRRGGGGHHHHH!”

This L.P. has been pressed in 6 different colours. ALL DISCS INCLUDE EXACTLY THE SAME MUSIC –