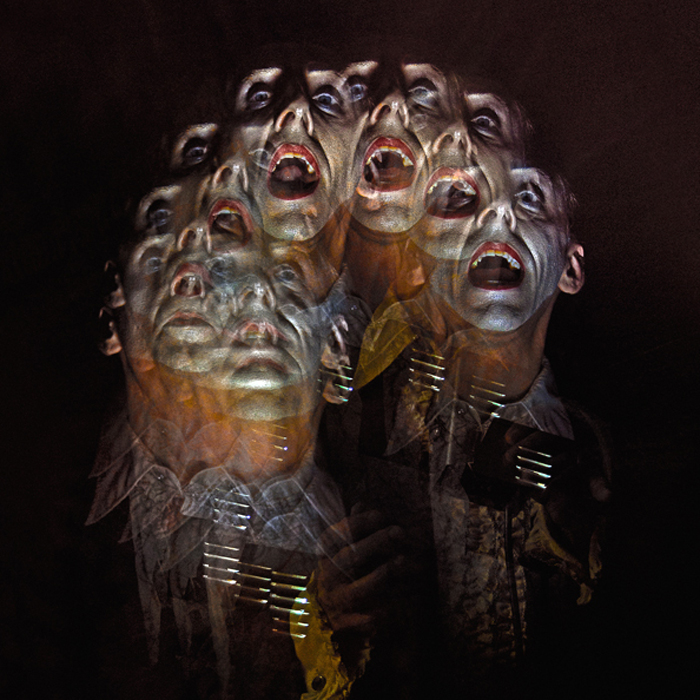 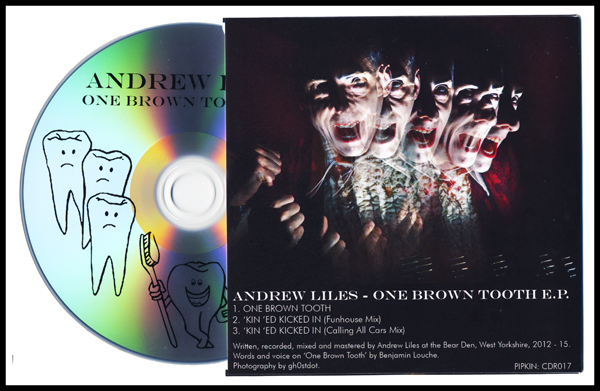 This E.P. was released in an edition of 60 copies especially for a live event on 24th April 2015.

Benjamin Louche originally performed ‘One Brown Tooth’ live with Nurse With Wound in London, 2012. This is a studio recording and adaptation of the song with words and voice supplied by Benjamin Louche and music entirely by Liles. The two additional tracks are extensively reworked versions of ‘Kin ‘Ed Kicked In.

Benjamin Louche is an award winning cabaret and burlesque host, compère, ringmaster, emcee and co-producer of The Double R Club (“…one of the edgiest nights in the capital.” – The Independent).

Photography of Benjamin Louche by gh0stdot.