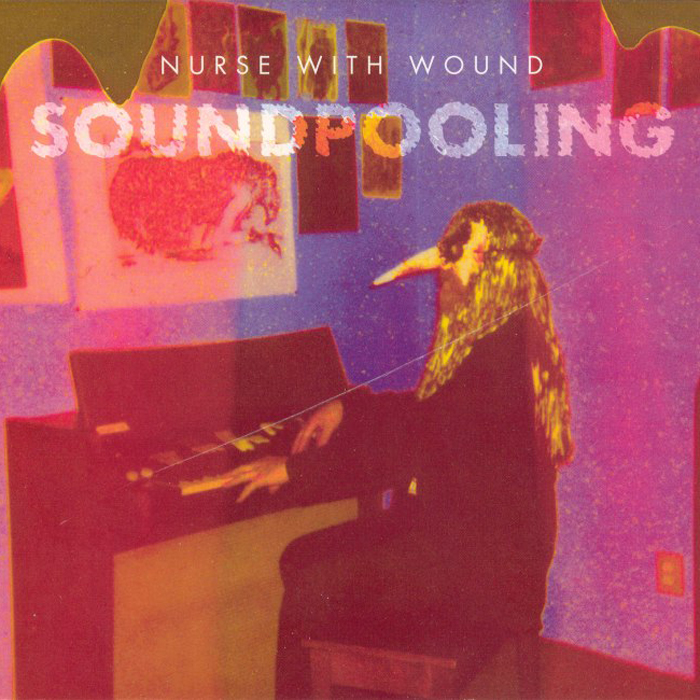 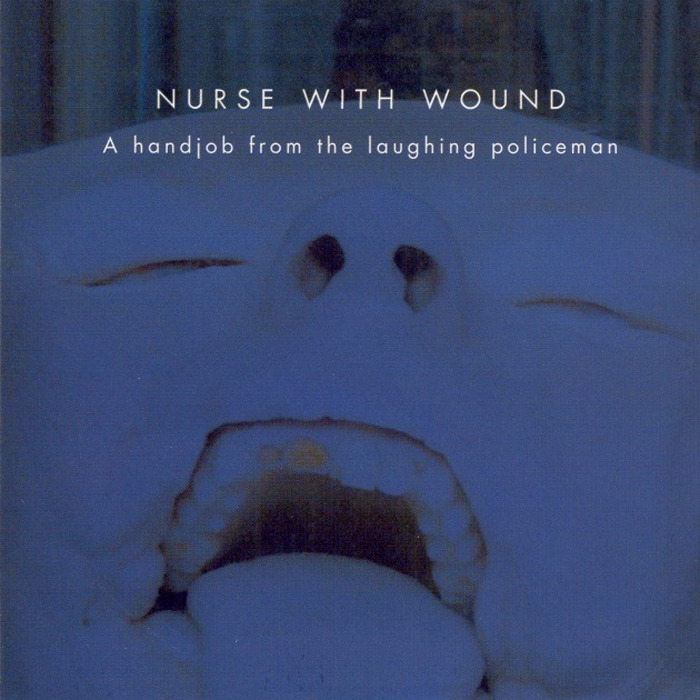 ROTTEN MEATS
Well if a sound ever suited the environment it was played in – it would be this recent live recording from Nurse with Wound. From the inside cover alone the venue looks bleak and gothic with the terrible desolation of an Edger Allan Poe novel.
Apparently, according to the website it’s a late 17th century psychiatric hospital converted to a museum crammed with pickled pathological specimens and other grisly medical curios (see Jpaul23’s pictures to get a better idea), just the sort of place which you’d expect the deformed ghosts of the mentally ill to still inhabit. The live track really encapsulates this atmosphere perfectly – a intense shifting drama of ill ease. It must have felt positively eerie to experience on the night, just imagining all those vaporous cries/moans echoing through the darkened interior of the museum, leaves me shuddering – an haunting image akin to the creepy Danish drama Kingdom Hospital, wordless moans bubbling in formaldehyde.
Clocking in at 65mins, this improvisation concocted from Salt Marie Celeste and Echo Poeme is full of creeping shadows, sickening nautical creaks and half smudged details. Lovely to hear the demented vocals of Diana Rogerson again, enjoyed them rebounding through my skull in slow circular disintegration. Also like the way the track’s undulating core stays with you like an indelible stain well after the audience’s rapturous applause has subsided, in fact I really felt like clapping along with them – marvellously eerie.
Track two sounds like a fresh variation on the echo poeme series. Love those ceremonial chimes and that climbing tension that culminates in some blissfully harsh sonic peaking – sounding not un-similar to Satan clearing his throat. This interrupts Freida Abtan’s thought provoking vocals and crowns its finish in the same raspy overload…
The Bonus disc cleverly entitled A Handjob from the Laughing Policeman is a remix extravaganza. A wicked 1 track re-work of Free Death / African Mosquito / Two Golden Microphones / Shipwreck Radio and probably many more obscure ones buried within. Wandering close into Coil territory the first half got me moving around the room like an unhinged pixie – a crooked disco classic for sure… where as the second half was more, chilled… a dub workout with some lovely grating freight train metal and spacey washes. The latter end is a slight return to the first disc with ‘Indernacht…’ on infinite loop, a whispering apparition in wharfside fog, accompanied by short wave flutterings. Stapleton’s voice can be heard through the murk repeating the syrupy words…
it’s coming out of the void
echoing itself
doubling itself
over and over
… all to a mellow ring modulation with the words – ‘Well there you are’ bringing the disc into a silent conclusion.
Cloudboy June 06, 2006

VITAL WEEKLY
Apart from two or three concerts in the eighties, Nurse With Wound was never a live band, and probably for good reasons. Whatever Steve Stapleton generated was highly studio based, always with a varying bunch of players on board. Yet in 2004 he over-viewed a live mix, by Colin Potter, of the ‘Salt Marie Celeste’ work for the Dutch Earational festival and that experience was so much fun, that Nurse With Wound are a live band, and for good reasons. Surrounded by players, such as Andrew Liles, Matt Waldron, Colin Potter and Diana Rogerson, Stapleton is comfortable in bringing a live version of Nurse With Wound’s studio trickery. And perhaps technology is easier these days.
In May 2005 the group played their first concert in Vienna (and mind you, with a group of such a diverse background, it’s not likely they will play a lot of concerts), which was loosely based on two older Nurse With Wound pieces: the former ‘Salt Marie Celeste’ and ‘Echo Poeme’, two pieces that show the special qualities best: poetic and soft, loosely based on guiding theme’s that give the players the opportunity to let sounds swirl in and out of the mix. An occasional blink here and there, leaving space in between.
A bit more loosely organized than on a regular studio work, this is however a particular strong piece. Also strong is the much shorter studio piece
‘In Swollen Silence’ that circles around the voice of Diana Rogerson –
just like the good ol’ days.
As a bonus, there is a limited amount of CDs to go with the first few
hundred, called ‘A Handjob From The Laughing Policeman’. ‘Conceived by Nurse With Wound. Mixed by Colin Potter’, is the only thing on the cover. Drums play an important role throughout these forty some minutes, and miniature electronics swirl in and out. A much more forceful work than the ‘Soundpooling #3’, but essentially the idea is the same. Despite this being a studio-work, there are some crudities built in, and thus forms a good pair with the live CD.
With Nurse With Wound you are in for surprise, but it never fails the listener. FD

BRAINWASHED
Written by John Kealy
Monday, 26 June 2006
For the most part recorded live in Vienna, this album is a consolidation of Nurse With Wound’s most recent output into one piece. The results speak for themselves; the different resources integrate with each other perfectly to give an exceptional piece of music.
Soundpooling contains two tracks. The first, “Soundpooling #3,” is the performance from Vienna. The performance is described as an improvisation on Salt Marie Celeste and the Echo Poeme releases. There are also elements of Angry Eelectric Finger scattered throughout the performance. The combination (or pooling to use the language of the album) of these different compositions works extremely well; the whispered intonations from the Echo Poeme material sounds like they were made to accompany the creaky, creepy drones of Salt Marie Celeste. In fact, the vocals sound much better here than they do on the “proper” releases; the oceanic background makes them sound erotic and mysterious.
As the improvisation progresses, it moves into completely new territories with only odd bits of sound acting as points of familiarity. The music is far more active and engaging than I was expecting. Explosions of noises that sound like they were spliced from a number of old records and cultured on a dish in dark, damp basement rock the atmosphere. I can only imagine how uneasy the audience must have felt listening to this in the flesh considering the lab coat uniform of the performers and the fact that the venue was an anatomy museum.
The second track is a new studio recording named “In Swollen Silence.” It is an almost calming break after the tension of the live recording. Freida Abtan’s performance and text is evocative and for the most part very beautiful, there are moments where the beauty is shattered by the sentiments of the words: “your shadow ripped from you.” Stapleton throws a few curveballs during this piece that take me by surprise each time I listen to it (I won’t elaborate as they are best experienced first hand). Soundpooling would have been a fine release if it just contained the live performance but the inclusion of “In Swollen Silence” caps off the album nicely.
The bonus disc that came with initial copies of Soundpooling is a one track studio piece with the delicious title of A Handjob from the Laughing Policeman. It contains a lot of the material recorded by Stapleton and Potter in Utvaer for the Shipwrecked Radio albums. It opens with a busy array of electronic noises, processed voices and before a groovy drum beat fades in and slows the pace down. This drum beat disappears and is replaced with an exotic, tribal beat. All the while, typically Nurse With Woundish noises, ranging from sea gulls to indefinable tones, eddy and churn around the beats. It is a nice companion to the Shipwrecked Radio discs but not something I’d be kicking myself for missing.