This release is available at the Liles download site: 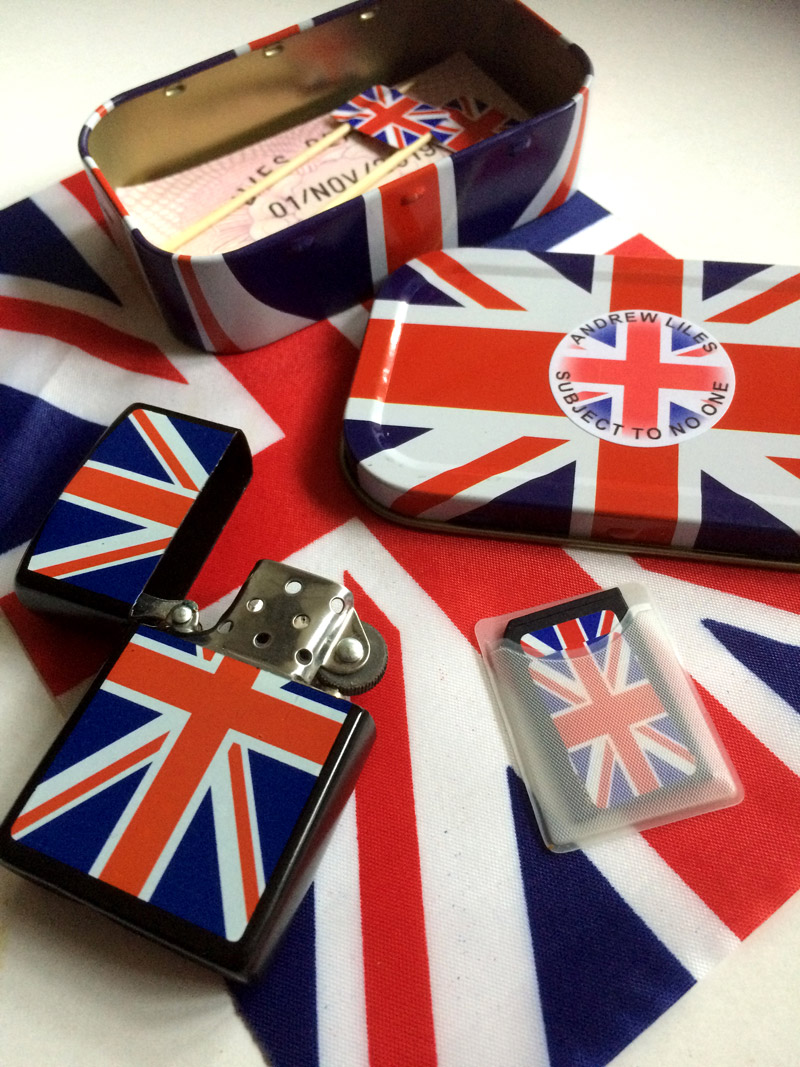 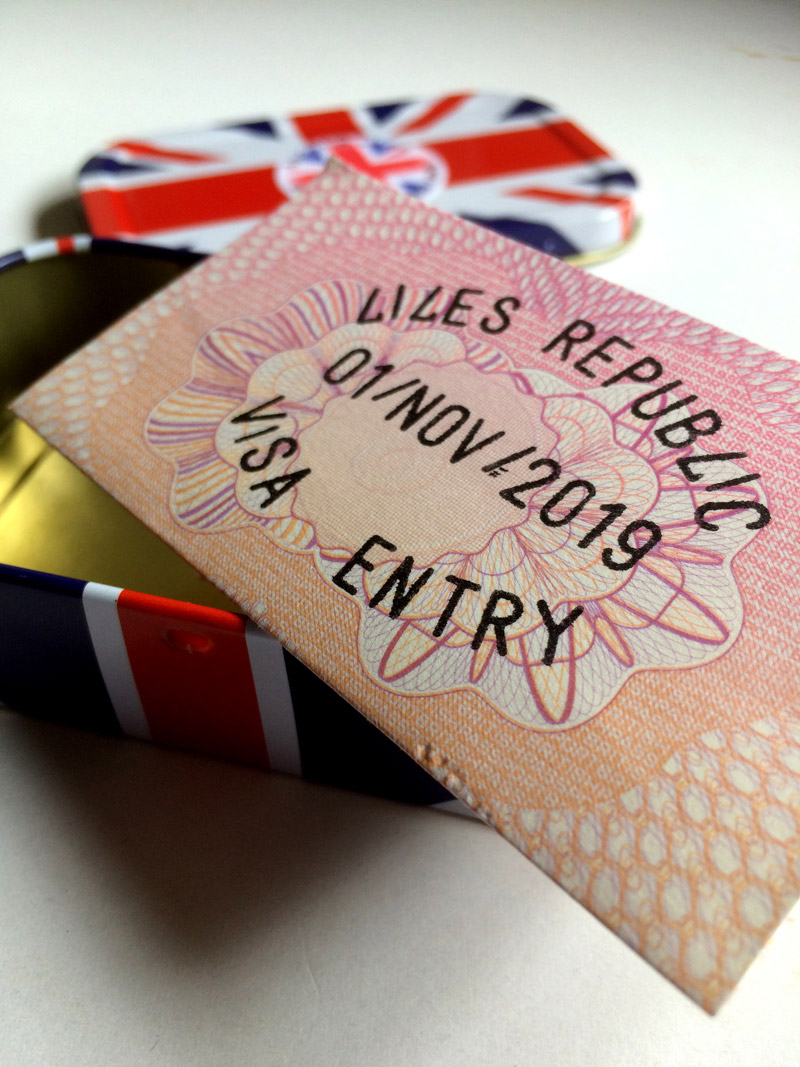 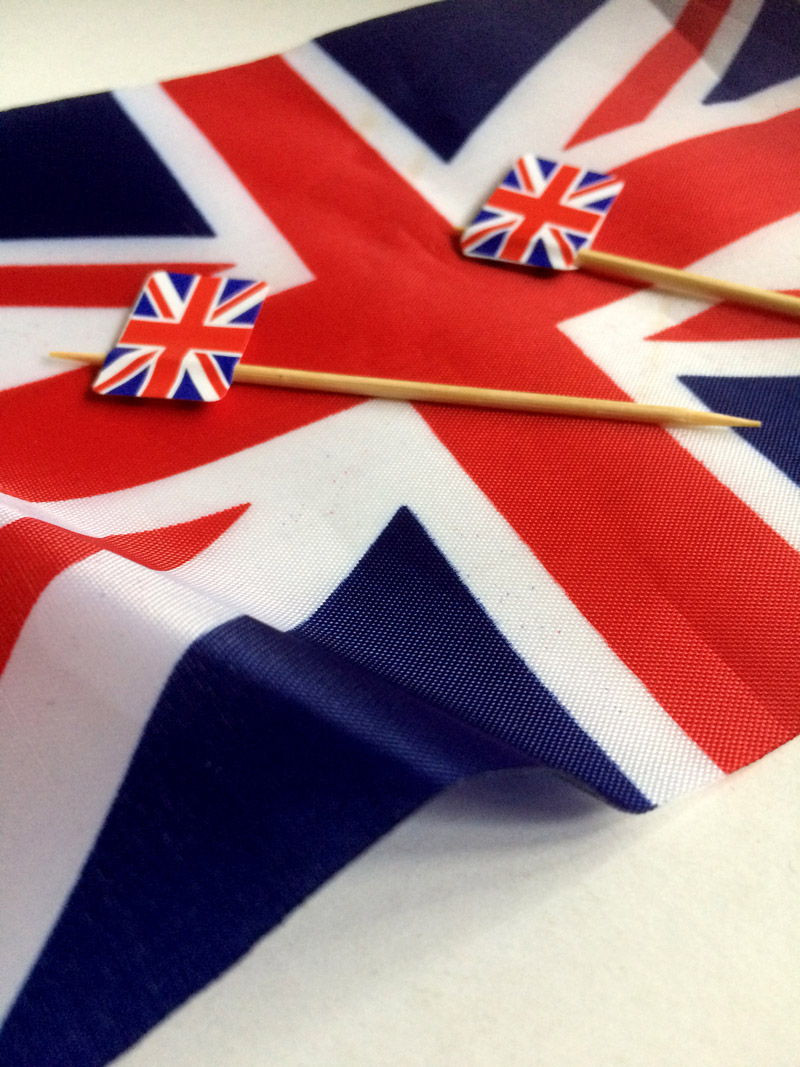 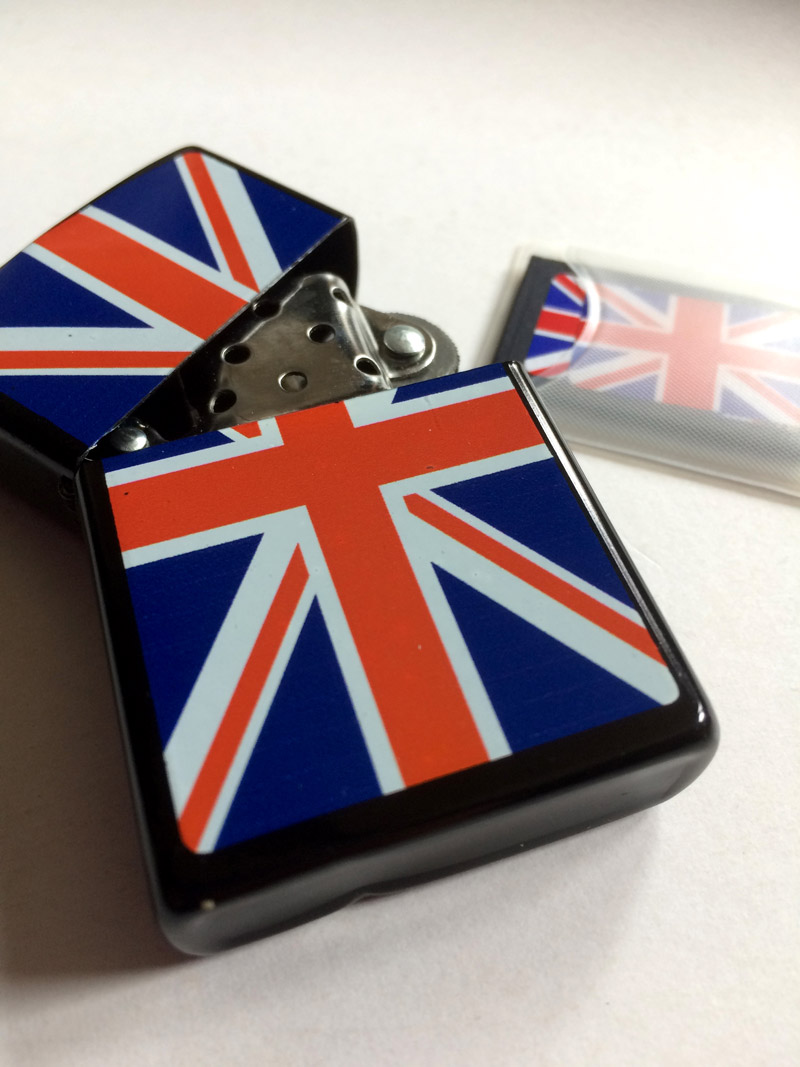 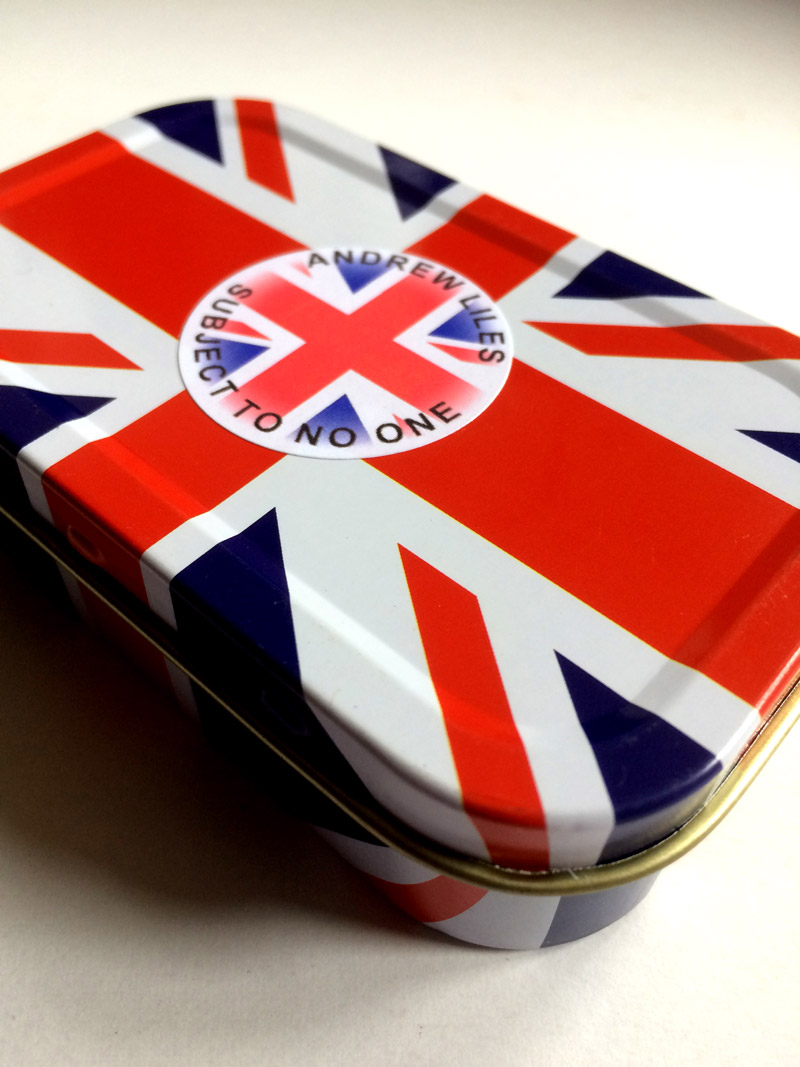 A rubber stamped signed and dated visa to enter ‘Liles Republic’. The paper used for the ‘visa’ is from a genuine British passport.

2 Patriotic cocktail sticks to use for ‘tea on the lawn’.

One Union Jack lighter with which to burn your flag.

This format was chosen because it is largely redundant and is mostly incompatible with most SD readers. The memory stick includes ‘Nationalistic Simpleton’ that will not be available for download.

On the memory stick are 3 versions of ‘Nationalistic Simpleton’. In keeping with the overall ‘concept’ of this release they are ‘modern’ yet redundant and corrupt formats.

The 2 versions are in the following formats –

Amiga IFF-8SVX (IFF format).
This version has completely corrupted the original file making it half the length.

‘Nationalistic Simpleton’ is 67 minutes long – representing the 67 years of Queen Elizabeth II reign. All purchasers will be sent a WeTransfer link to download the track in high res 48000 Sample Rate and 32-Bit Depth.

To unlock the other formats on the memory stick, well, that’s for you to unravel for yourselves.

Edition of 10 copies, 9 of which were for sale.