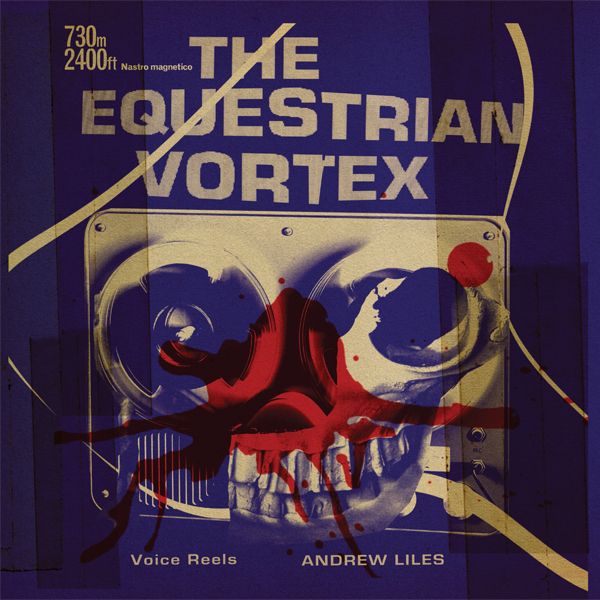 SIDE ONE
Our confessions were merely a formality. The acts that prompted our signatures are what remain here

SIDE TWO
Lord, we beseech you 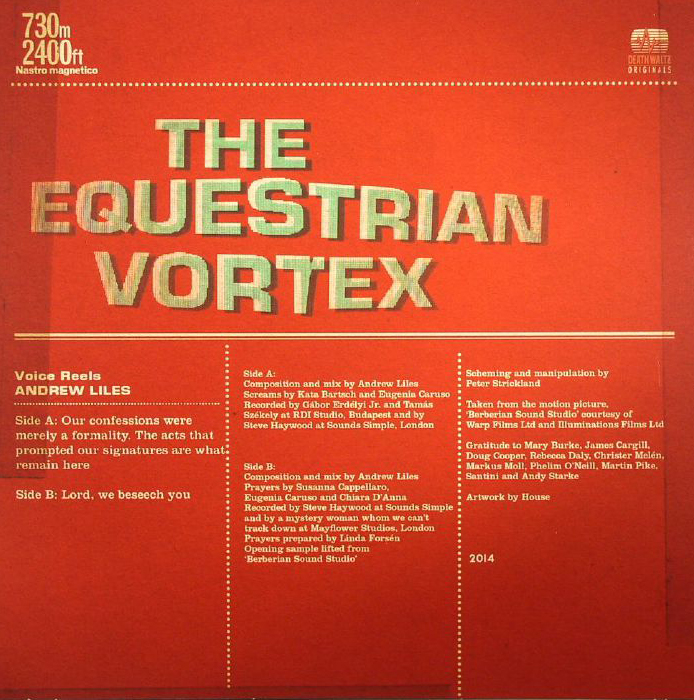 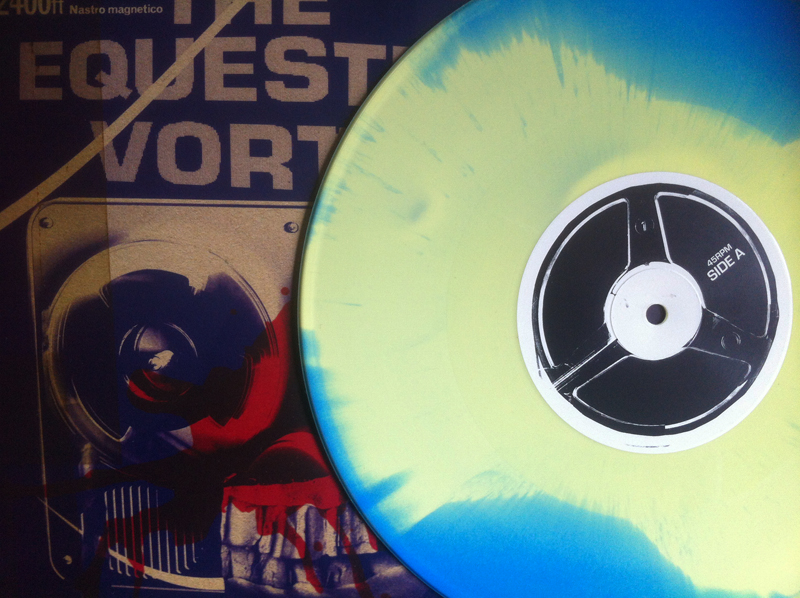 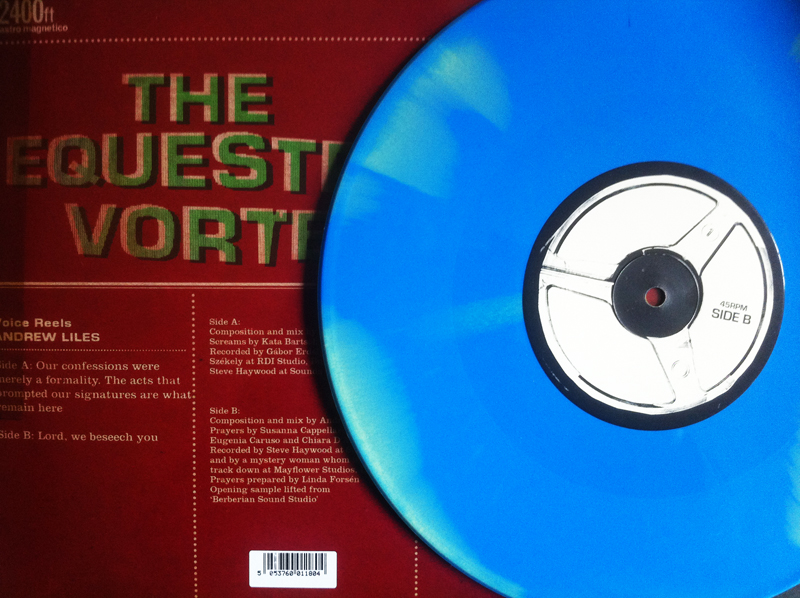 Death Waltz Recording Company in association with director Peter Strickland and audio historian Andrew Liles are proud to present the world premiere release of a true classic of Italian cinema: the 1977 giallo THE EQUESTRIAN VORTEX. A tale of a coven of witches presiding under a riding academy, the film has been hailed by both critics and detractors as one of the most disturbing pictures ever made, with much of the credit going to the film’s soundtrack. Supervised by director Giancarlo Santini and created by sound engineer Gilderoy, THE EQUESTRIAN VORTEX is less a score and more a journey into the unconscious, where ghosts swirl with ethereal drones as screams echo into the night. Adding to this is the conspiratorial dialogue from actresses Silvia, Claudia, and Elisa, reading bizarre incantations that unleash the full horror of what lies beneath. We dare you to come out unscathed from the bloodcurdling terror that is THE EQUESTRIAN VORTEX.

BOOMKAT
Nurse With Wound’s Andrew Liles serves a sh*t-the-bed rework of the score to Berberian Sound Studio’s Giallo inception, ‘The Equestrian Vortex’. Spinning the tale of “a coven of witches presiding under a riding academy” into his own demented yarn, Liles adapts the score to create a miasmic trip into the unconscious, soundtracked by the petrified screams and unheimlich incantations of Giallo actresses Silvia, Claudia, and Elisa. Quite honestly, it’s f**king terrifying stuff. The A-side, ‘Our Confessions were merely a formality. The acts that prompted our signatures are what remain here’ makes particularly disturbing use of disembodied, blood-curdling shrieks, the sort you do not want to hear IRL, interjected by bone-freezing drone passages. The B-side, ‘Lord, we beseech you’ bears witness to the coven’s conspiratorial dialogue and creeps under the skin more subtly, climaxing with a torture chamber noise inferno. Shocking record. Don’t say we didn’t warn ya…