The Geometry of Social Deprivation 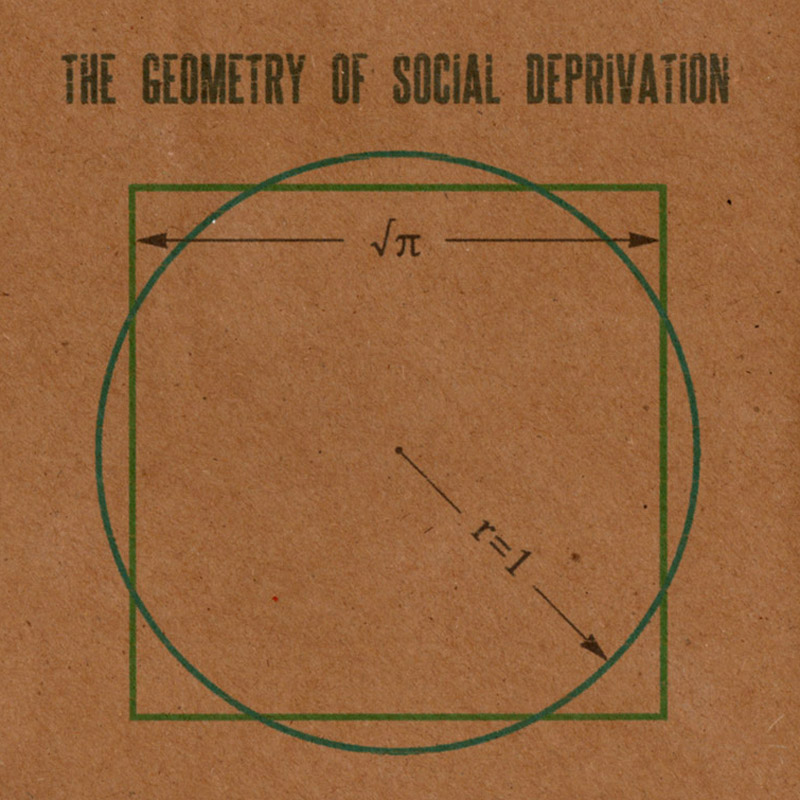 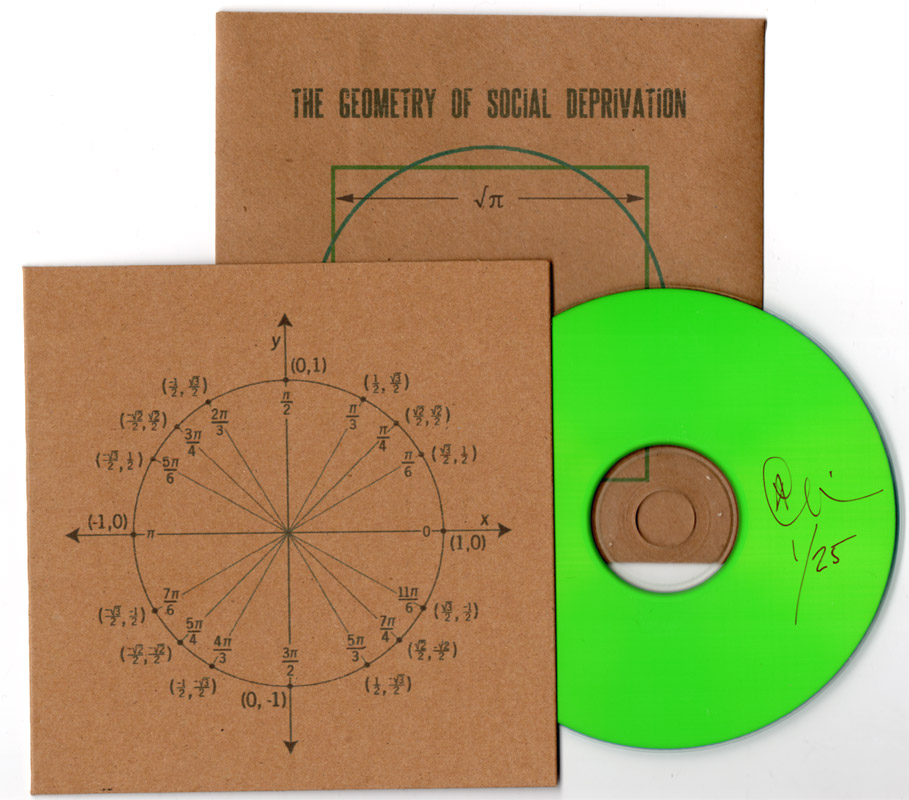 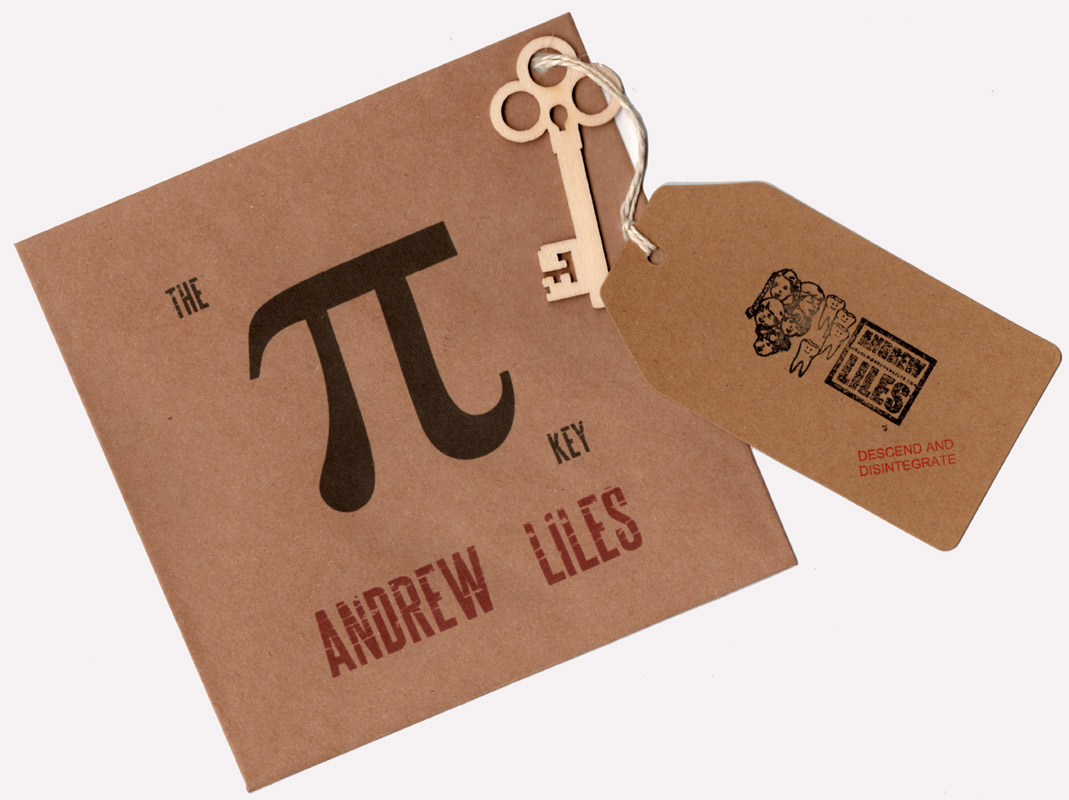 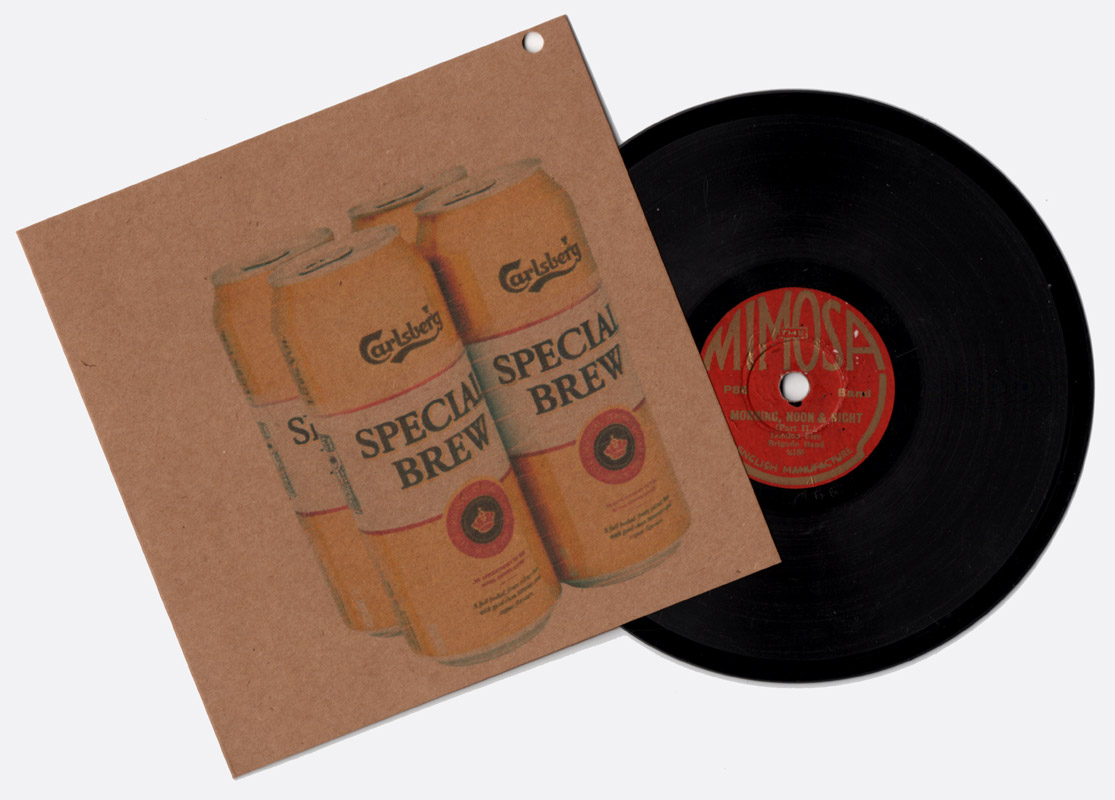 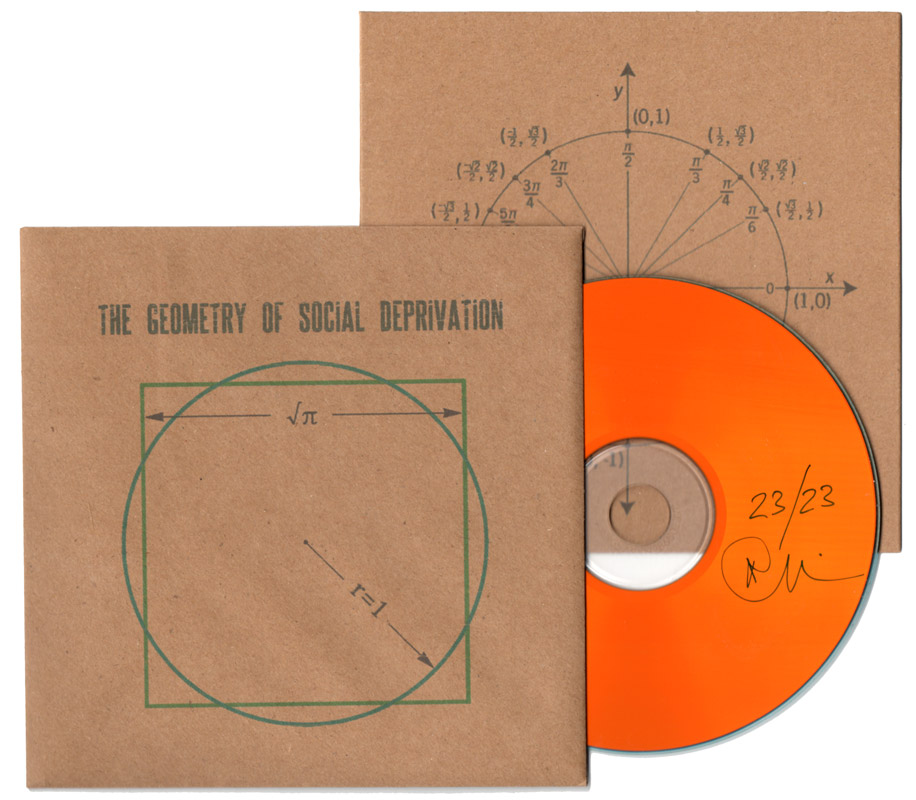 This recording was released in 3 formats –

ii. CDR + 23 TRACK DOWNLOAD
The CDR contains a 46 minute track (The π Key) which will not be available for download. Edition of 25.

iii. THE π KEY – DELUXE EDITION
WOODEN KEY + ANTIQUE 6″ RECORD HOUSED IN SIGNED AND NUMBERED BESPOKE COVER + CDR + 23 TRACK DOWNLOAD
Each individual CDR is unique to each order as it contains the 46 minute track (The π Key) plus the two tracks from the 6″ record included in your package. Edition of 23.

THE GEOMETRY OF SOCIAL DEPRIVATION is constructed from samples and manipulated sounds garnered from twenty-three 6″ shellac records from the 1920’s.

Each track contains a blend of loops and sampled fragments constructed from one record using the sound found on both the A and B sides. Each track is created from a different record. No additional instrumentation has been added.

This sometimes soft and ambient but challenging and abstract 8 hour suite of crackling, dusty and forgotten sounds of yesteryear has been designed to be played as a functional piece of music, to while away the hours as you go about your daily routine… a faint drone in the background or a suffocating, all encompassing sonic assault. Equally it can be utilised as an aid to spend your evenings ‘researching’ a field of your choosing.

Vital Weekly
One of the best purchases I made last year was ‘Sleep’, an eight hour suite by Max Richter. Firstly because it did exactly what it said on the tin as I cannot count the times I actually fell asleep listening to it, and secondly because the, for some, absurd length allowed the music to come alive, slowly and unobtrusively penetrating my mind and, indeed, my body.

This new release by Andrew Liles, known for this work in Nurse With Wound but perhaps more importantly also the purveyor of an incredible body of solo work, rivals ‘Sleep’. Not only for its length, as ‘The Geometry Of Social Deprivation’ is also around eight hours in duration, but primarily for its beauty and utilitarian purpose.

The number 23 is central to this release. Those in Thee Know, will know 23 denotes adventure combined with creativity, freedom, sensuality and an interest in nearly everything. People with 23 in their numerology charts are apparently also good salespersons, which comes in handy when selling your own product.

Allow me to elaborate on the number 23 in relation to the music on offer. The album consists of 23 tracks, each one constructed taking samples from 23 six inch shellac records from the 1920’s. This strict working method means each track has a unique identity and sound of its own. And, to me personally, Liles’ music works is at its best when his compositions are based on a limited and thematic amount of samples, allowing his compositions to develop a life of their own and giving the music a thematic focus that prevents the music from entering The Abyss of Chaos.

The eight hours of music on ‘The Geometry Of Social Deprivation’ buzzes, scrapes, scratches, soothes, pleases and (luckily also) irritates. At times it makes you feel you’re launched into a 1920’s surreal dandy club and the next moment you’re in some sort of decadent 2000’s downtown joint. Intended as a ‘functional’ piece of music, much like Max Richter’s ‘Sleep’ box set, Liles’ new piece de resistance is best enjoyed whilst at work or as a soundtrack to your daily routine. ‘The Geometry Of Social Deprivation’ is, both in concept as in execution, an essential addition to an already quite diverse catalogue of Liles’ work. The album is available in three formats: a 23 track download, a CDR version including the 23 track download as well as an exclusive recording and finally, the ‘deluxe’ edition (a very popular format these days for receding hairline acts from the 1970’s and 1980’s) featuring all of the above as well as a wooden key and one of the original shellac records in a bespoke cover. That the deluxe edition is limited to the number of shellac records used, only 23 copies, makes perfect sense.

‘The Geometry Of Social Deprivation’ is the ideal and essential soundtrack to long winter days spent in isolation. I have ordered mine, order yours now! (FK)

THE QUIETUS
On paper, Andrew Liles’ latest release bears similarities with the similarly prolific output of James Leyland Kirby’s The Caretaker, where both use antique records of popular song as their sound source. But whereas Kirby created ambient washes that provoked notions of memory and nostalgia, Liles’ soundscapes are more insidiously complex, both in concept and execution.

First of all, the parameters are severely strict and numerologically sensitive: armed with 23 shellac singles from the 1920s, Liles set himself the task of transmogrifying the two sides of each platter into its own 23 minute composition with “No additional instrumentation”.

There is a fascinating rupture between the title’s suggestion of a postcode lottery, and the sounds within. Initially primed to dwell on the real sociological consequences of exclusion, poverty and disaffectedness, amplified by the cover photo of a lone child (a portrait of the artist as a young man perhaps), our attention is then absorbed by unreal dimensions of the hallucinogenic, ‘hall of mirrors’ of stretching, shifting samples. As mournful, narcotised horns float on seas of surface noise, beatific songs hypnotically loop, and Oramic-like electronic worms writhe, each 23 minute excursion is like a window into another dimension, but too dark and delirious to be escapist fantasy or ambient nostalgia.

The accompanying notes prescribe its eight-hour duration to be used “as a functional piece of music… as you go about your daily routine”. But given the quality of the work – like snow, each part of a cohesive body yet uniquely detailed – I would suggest its 23 chapters are taken like a novel and lived with over an extended period of time.