The Maleficent Monster and Other Macabre Stories 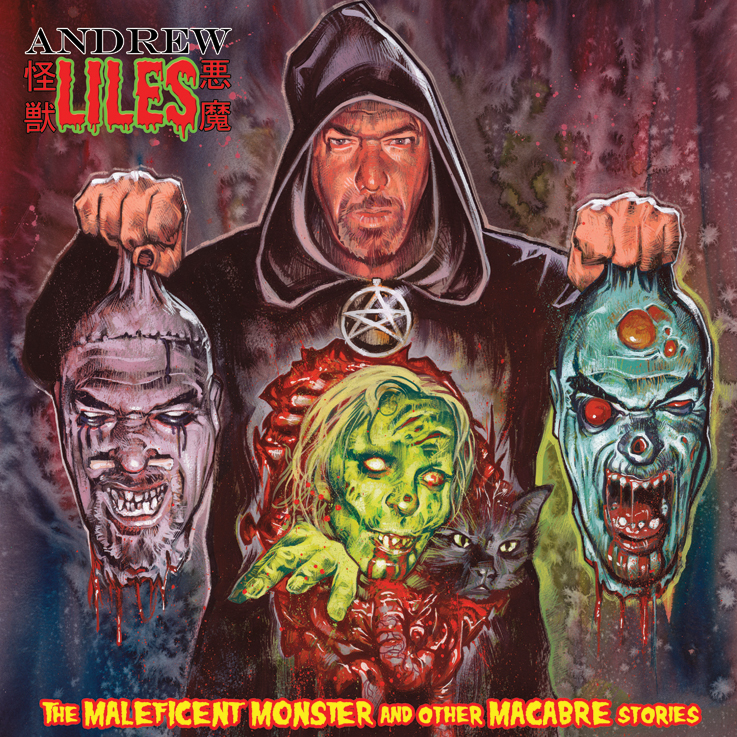 SIDE ONE
Music Box
The Appointment (With Fate)
How To Spot A Murderer
Lynching Pigs, Eating Rats
The Shadows Of Goetia
Razor Blade Ladder
Hyena Police
The House That Laughs
Jazz From Hell
Death In Doughnut City
Snake Faced Assassin 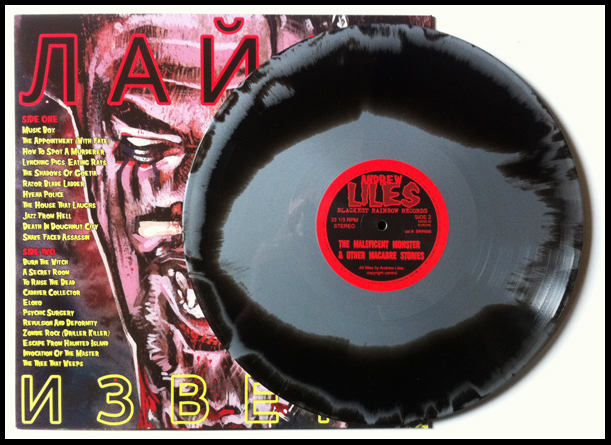 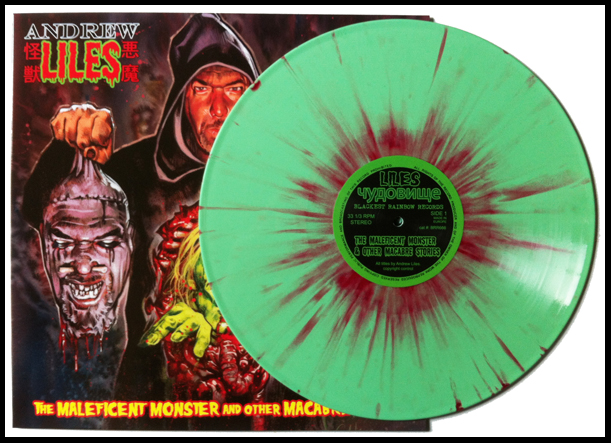 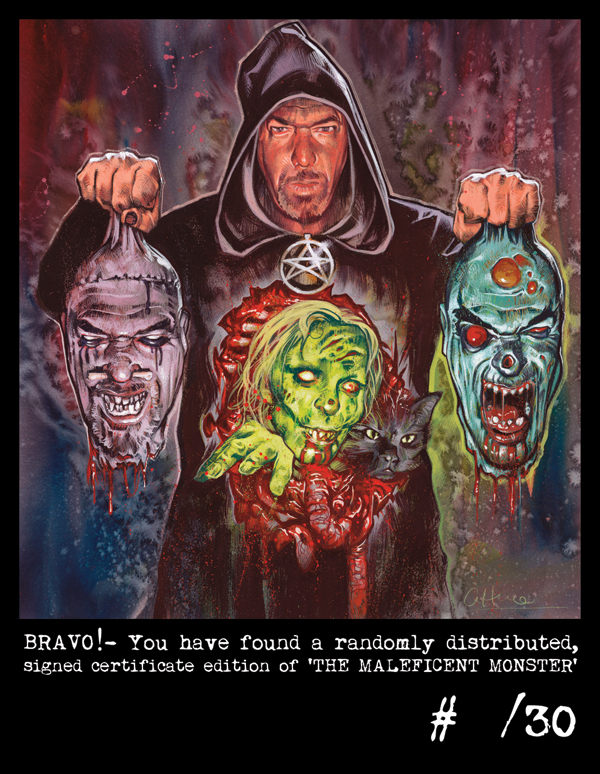 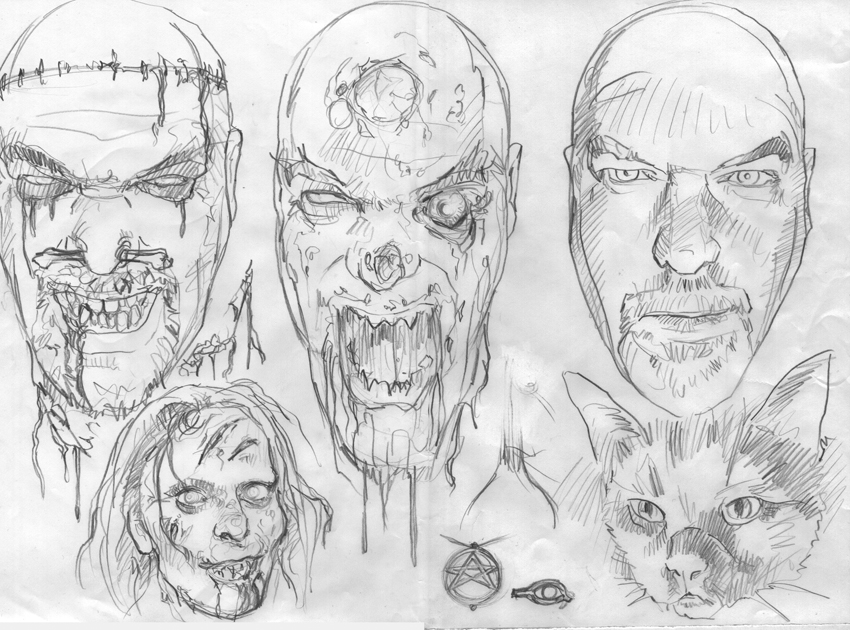 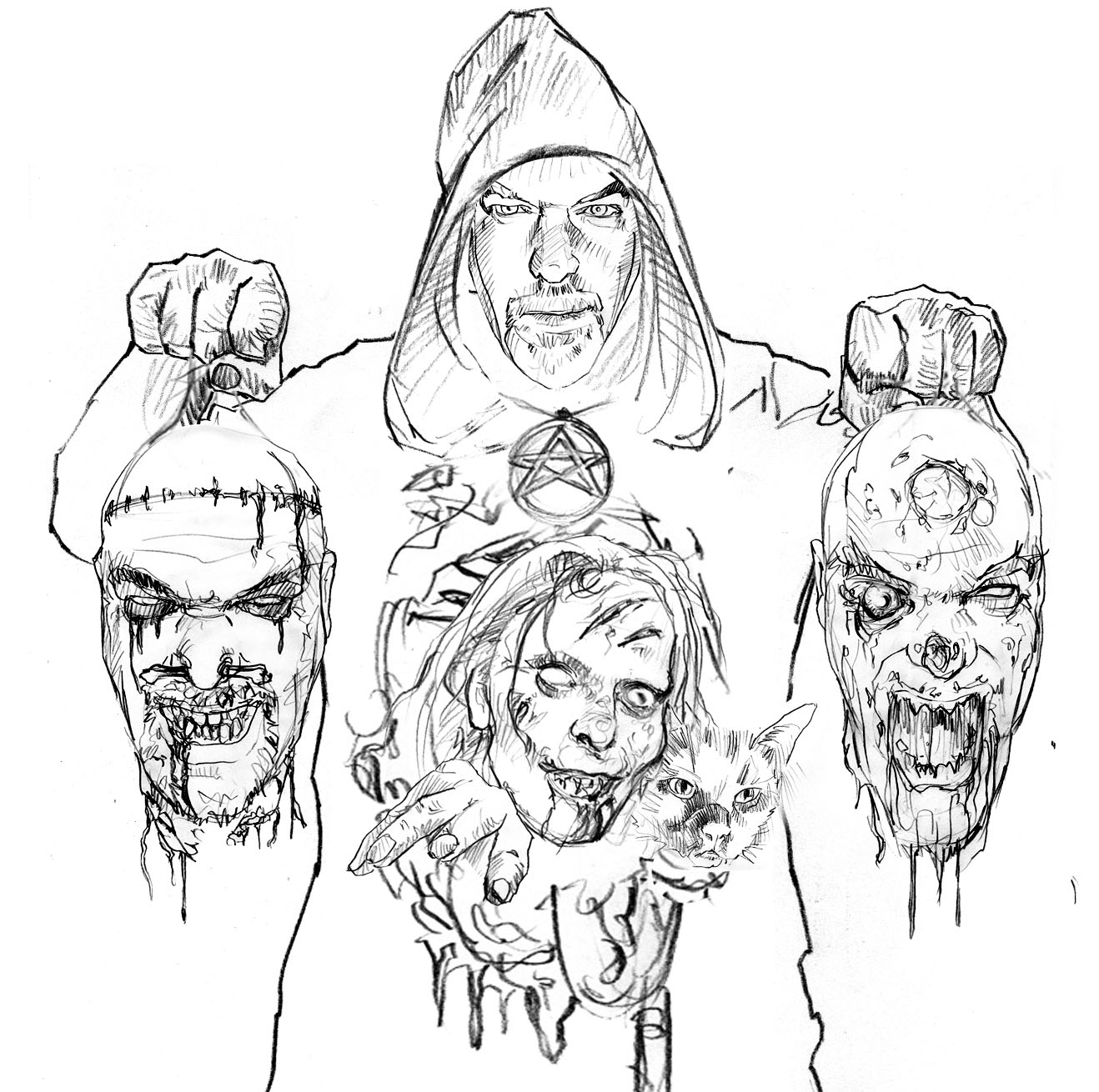 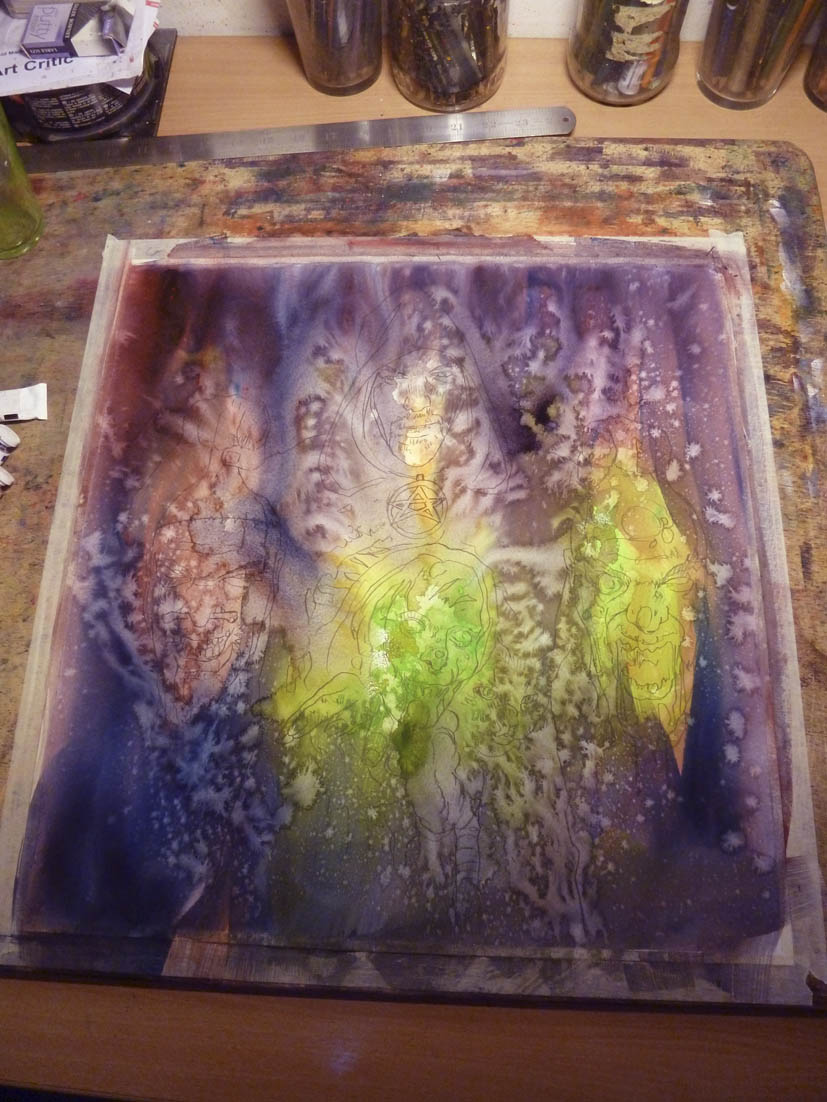 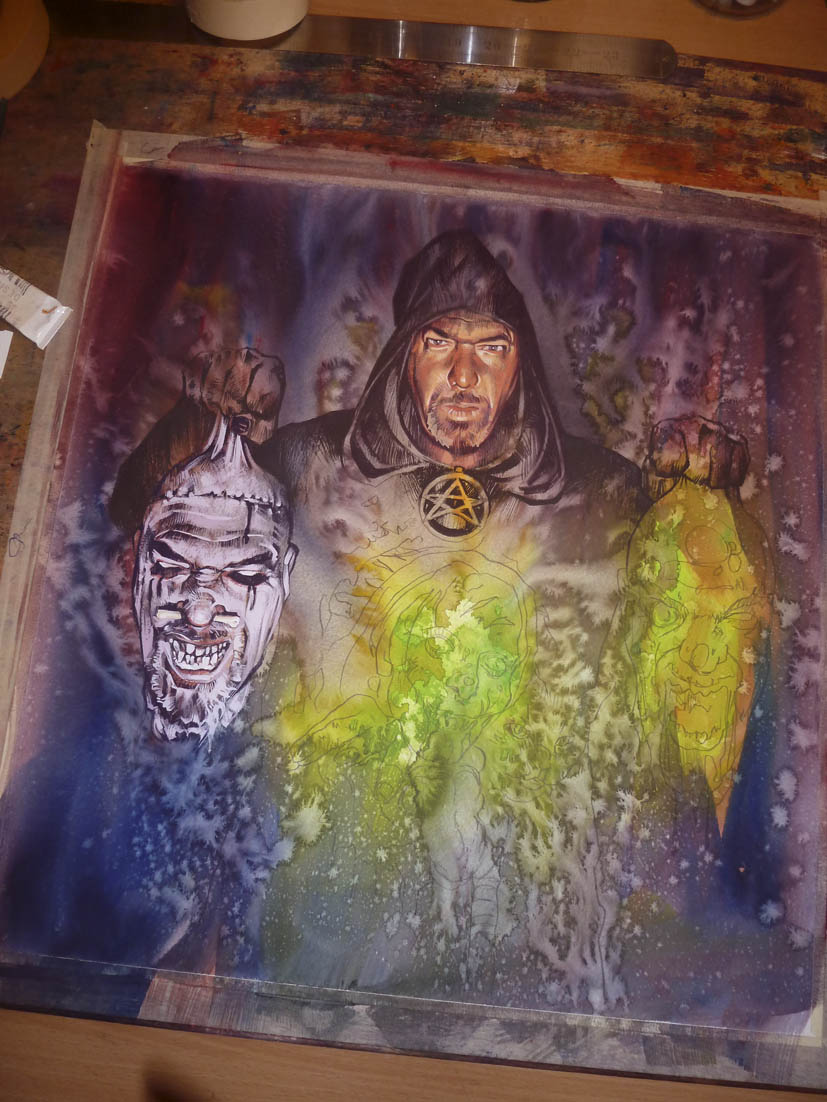 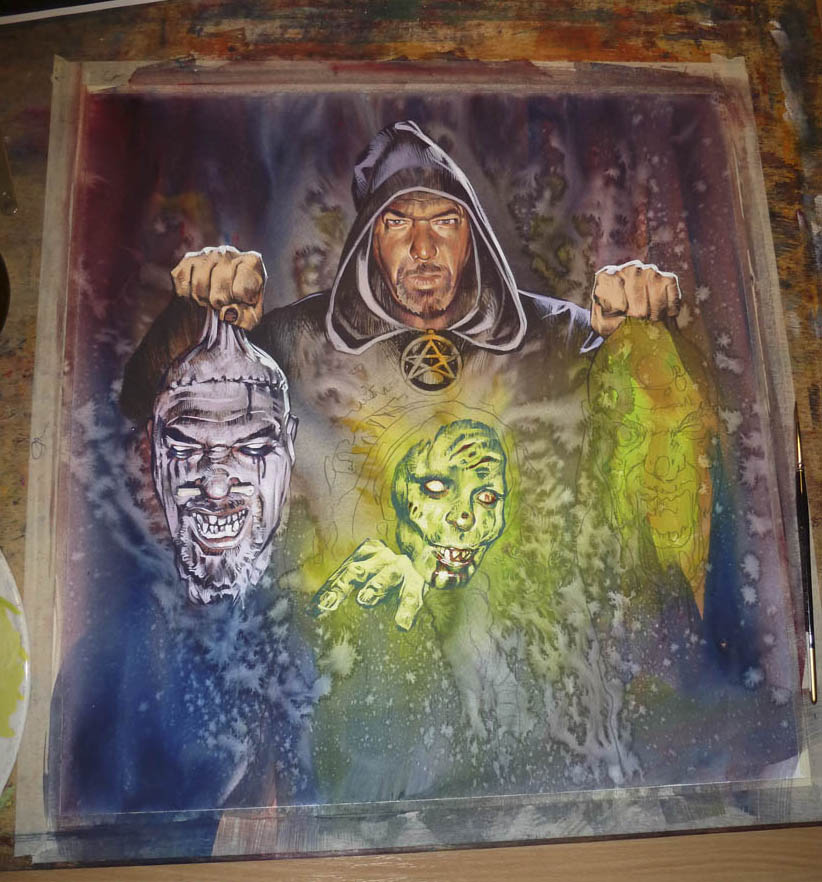 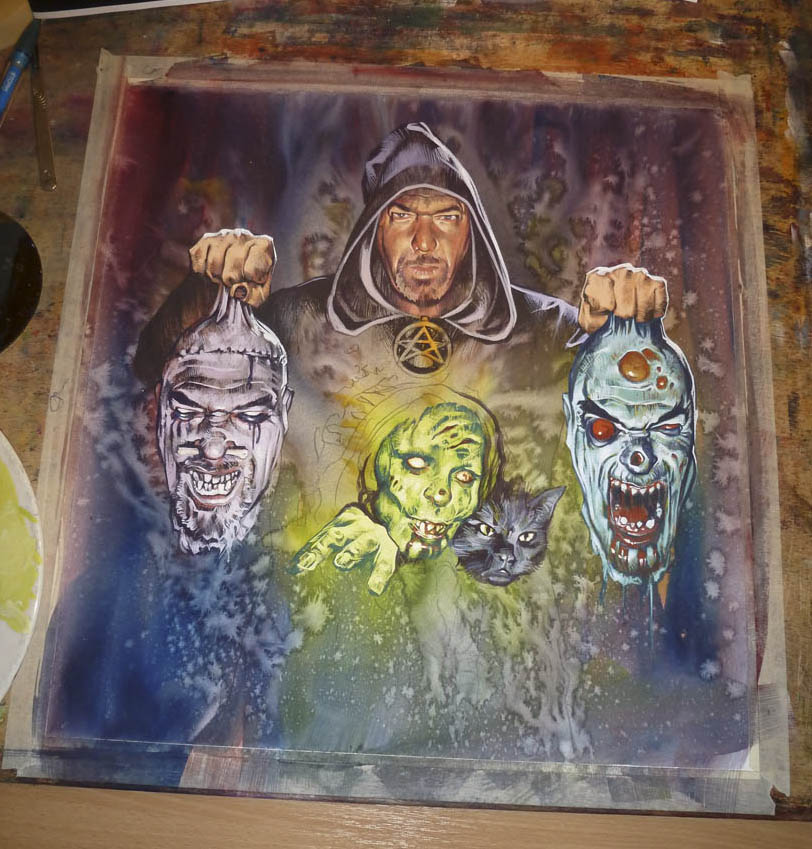 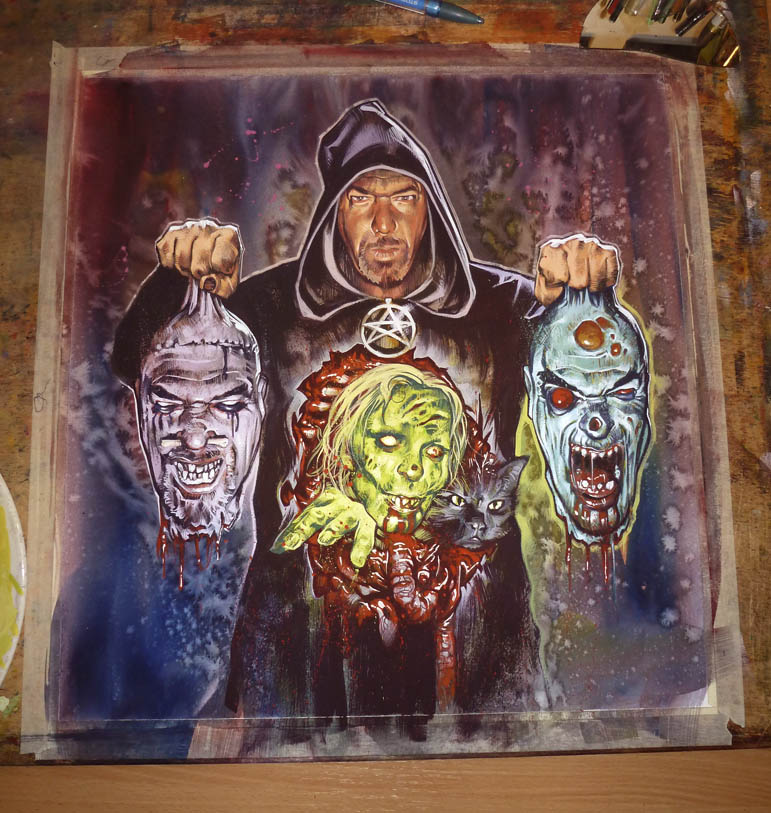 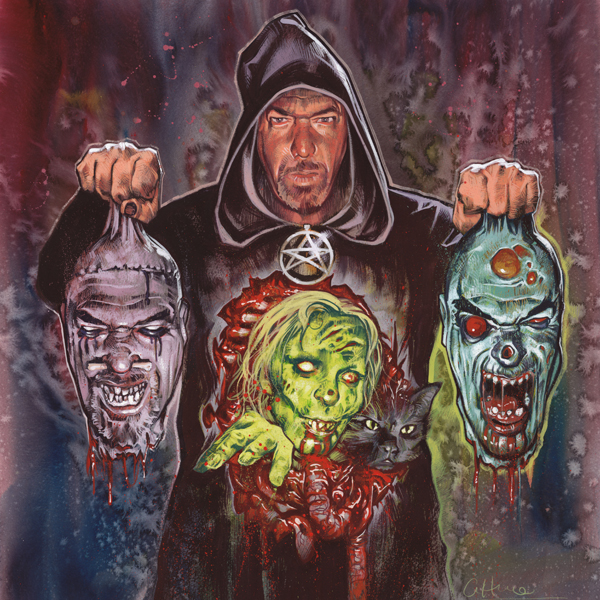 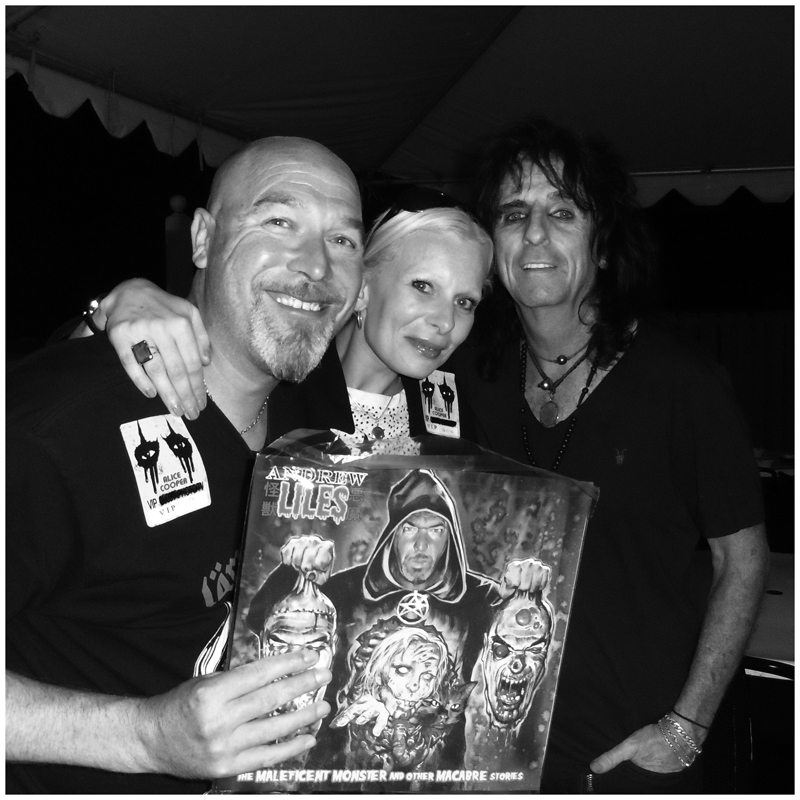 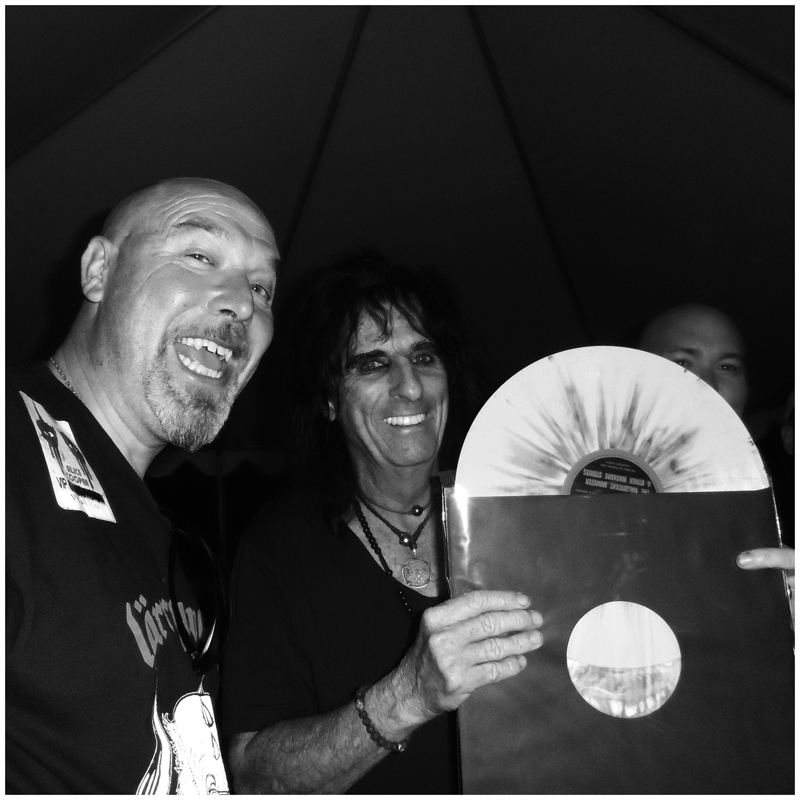 The amazing front cover comes from Graham Humphreys (the revered British designer and illustrator responsible for some of the best film posters of the 1980’s including Evil Dead, Nightmare on Elm Street and album covers for The Cramps and The Lords of the New Church).

THE MALEFICENT MONSTER… is also released in a deluxe 3 CD box set go here to see more details – SNUFF BOX
NOTE: The L.P. version does not come with the CD set.

The L.P. is released in an edition of 500 in UV gloss finished sleeve, and pressed on 180 gram vinyl. It is available in two colours.

The music on both pressings is exactly the same. 30 copies of the L.P. include a signed postcard. A signed ‘certificate’ was placed in record sleeves randomly – it is down to luck and ONLY luck if you got one.

VITAL WEEKLY
Like any good horror soundtrack, this album opens with a fine thunder storm and creepy ‘Rosemary’s baby’ piano. Add heartbeats and eerie voices before the whole things transfers into what sounds like an Italian gangster soundtrack score and you have all you need for a good nights’ chilling. And that’s only the first track. Liles likes his monsters, and it shows on this splatter vinyl (what else?) album. With no track separation, the album feels like a 45 minute roller coaster that moves from mood to mood, with vocals in various existing and non-existing languages, courtesy of Ksenia Nefedova, Melon Liles, Tomomi Kojo-Robertson and Simona Della Valla. Sometimes the music gets moody and even depressing, but then the atmosphere lifts and we’re back in high gear piano chasing them zombies bones back into them graves. Sometimes orchestral touches are added to the music (and screaming of course), which is very professionally recorded and performed. All hail also to the cover, where we find Mr Liles with a number of decaptivated heads in his hands accompanied by a hellish cat in the picture. There are of course appropriately silly zombie titles like “Burn the Witch”, “Cadaver Collector”, “Zombie Rock” and “Escape from Haunted Island”, but don’t let the playfulness of this put you off this album: musically this works really well as a soundtrack to an imaginary, but very good, late night horror movie. With Liles you’re never quite sure what to expect, as his music varies so much. The Maleficent Monster is another very worthwhile addition to his already large catalogue. Hell, if Disney had known about it they could have used it for their million-selling movie Maleficent (FK).

NORMAN RECORDS
The relentlessly prolific Andrew Liles takes time off his Nurse With Wound and Current 93 side-projects this week to bring us another headlining effort on this schizophrenic 22-tracker which boasts some awesomely creepy artwork from titan of terror Graham Humphreys.
The sounds on the LP are also heavily inspired by horror movies, but approached from Liles’s own restlessly kinetic cut’n’paste angle – “austere orchestral pieces, voodoo drums, torture porn, possession, cheesy ‘80s soundtracks, Giallo, ‘70s synths, mellotrons, flutes, piano and much much more“ brags the press release, and deservedly so. This is a slightly maddening hotchpotch of horror tropes all squeezed into miniature vignettes of creepy speeding-up synth loops, stabbing organs, chopped’n’processed sound effects, pounding tribalistic rhythms and creepy vocal growls. Baffling horror themed weirdness that never sits still long enough to properly get a grip on it.