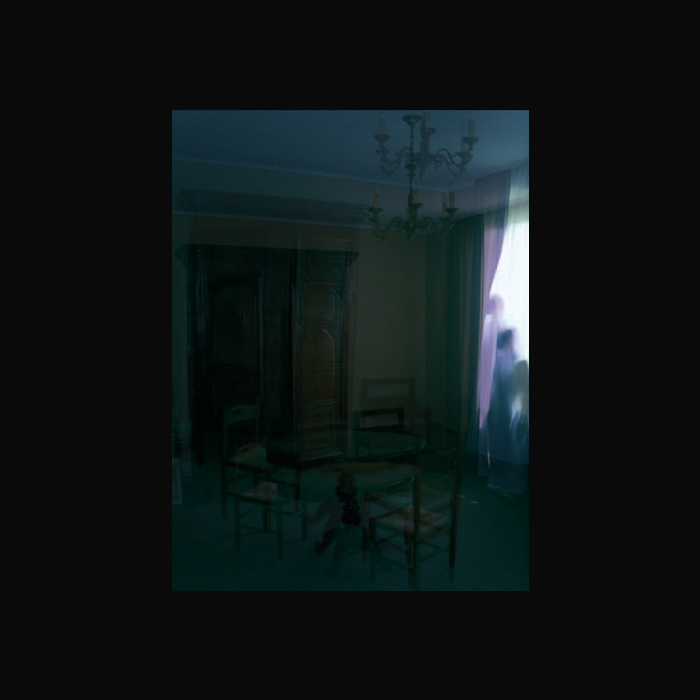 Strange Fortune
Michael J. Salo on 9 November 2005
To me this album is a welcome and unexpected meeting of two divergent camps of the experimental post-industrial music world.
Tony Wakeford is of course one of the main players in what has become the dark neofolk scene, or whatever you like to call it. It’s a post-industrial music scene in origin that has gone back and appropriated elements of tradition, to the point where the industrial roots become more and more obscured. Sol Invictus for instance haven’t released an easily identifiable “industrial” album since Lex Talionis in 1990.
On the other hand, coming from a similar background you have experimentalists such as Nurse with Wound, Hafler Trio, and HNAS who rather than seeking authenticity, choose to take their music to ever newer and weirder realms. On this side one might include current drone artists such as Mirror and William Basinski. I’m not too familiar with Andrew Liles’s solo work in particular but by all accounts he fits in over here somewhere.
Personally I’m an enthusiast of both music scenes, especially when they mix, as in some of the early to mid-period Current 93 albums.
Now after years of these scenes drifting apart I was curious whether such a meeting could work any longer. Happily this album has come along and the answer turns out to be a resounding, dazzling, affirmative.
It’s a magical mystical listen all the way through. The well-composed acoustic basis of the album shines like Sol Invictus or l’Orchestre Noir at its most majestic. It has the depth of a full ensemble yet going by the credits, there is no supporting band, it’s just Wakeford and Liles, which suggests to me a level of genuine technical musical ability I hadn’t quite realized.
The electronic enhancement, mostly down to Liles one might guess, takes the results to an even higher level. It serves as a perfect musical counterpoint, adding new and unexpected sonic facets to every passage, keeping my interest high. The clarity of these fluid, ever-moving electronic tones and the haunting, chime-like quality seems to share some spirit and sonic common ground with Tor Lundvall. The downsides? None really. This is an all instrumental album, no vocals, limiting its commercial appeal somewhat, as does the un-intriguing album name _Cups in Cardboard_ and project name (officially this duo is called “The Wardrobe”(!)). Not too much here as far as liner notes or artwork, although it’s attractive enough, and personally signed by both artists.
Overall what we have here is a brilliantly refreshing recording required for connoisseurs who demand the most musically interesting of what the post-industrial neofolk scene has to offer. It’s the most avant-electronic release of Tony Wakeford since his collaboration with Stephen Stapleton in 1992. That album is now impossible to find, and so I would recommend not missing out on this limited edition offering of just 500.

Vital Weekly
Music by Andrew Liles was called here ‘a more electronic version of Nurse With Wound’, and him being english it may be no surprise that he knows musicians such as Nurse With Wound (of whom he was a member during a recent concert in Vienna), Colin Potter and Tony Wakeford.
I will readily admit I am no fan of Wakeford’s previous musical encounters, such as being a member of Current 93 and Sol Invictus – that particular alley in music (dark, folky music) was always closed to me. So, I must say that with a little reservation that I started playing The Wardrobe, a collaboration between Wakeford and Liles. My fear it would be Liles’ kind of music mixed with Wakeford’s music and singing. Luckily I was wrong, since it’s much more along the lines of Liles than Wakeford’s (admitting again, that I am not aware of his entire catalogue in music).
Sampled music plays a big role here, sampled bassoons and baroque music, sampled electro-acoustic sounds and sampled orchestrations are all mixed into a fine blend cinematographic musics. Small delicate sketches of bittersweet melodies that may or may not provide the soundtrack for a haunted house movie. The cupboard in the dining room which has all the answers and mysteries, is at the same the metaphor for the music: every drawer seem to have it’s own music, something similar to others and sometimes entirely different. More Liles than Wakeford, but fans of both can be pleased, or like me, pleasantly surprised. (FdW)

Brainwashed
Written by Jen Warren
Saturday, 24 December 2005The Wardrobe is a collaboration with Sol Invictus driving force Tony Wakeford and Andrew Liles; the release more resembles Wakeford’s work with Matt Howden than Sol Invictus. Cups in Cupboard is limited to 500 signed copies and is released on Wakeford’s own label Tursa.
Throughout the album images arise of time passing, empty and dusty rooms filled with the distorted tinkling of a music box, furniture left behind in an abandoned manor, and an atmosphere of grandeur faded and forgotten but not gone. Pianos, strings, and chimes are manipulated, layered, and paired with underlying low snarls. Almost-liturgical chants mingle with muted brass. The music is harsh at times but always stately, muted but never muddy, shrouded but not obscured.
“Arcade” begins as something like a carousel or circus tune, but distorted, dark, and muted as if echoing through thick fog, then deteriorates into something more foreboding before sliding into soft chimes. “Wind in the Willows” brings in footsteps, trickling and bubbling water, and wind sweeping past age-rippled windows. The penultimate track “Windows” has more of a Sol feel than the rest of the album with prominent acoustic guitar. At a brief 46 minutes Cups in Cupboard still had the power to distort all my perceptions of time. The feeling that’s left is of a gentle dread and a yearning for things lost.