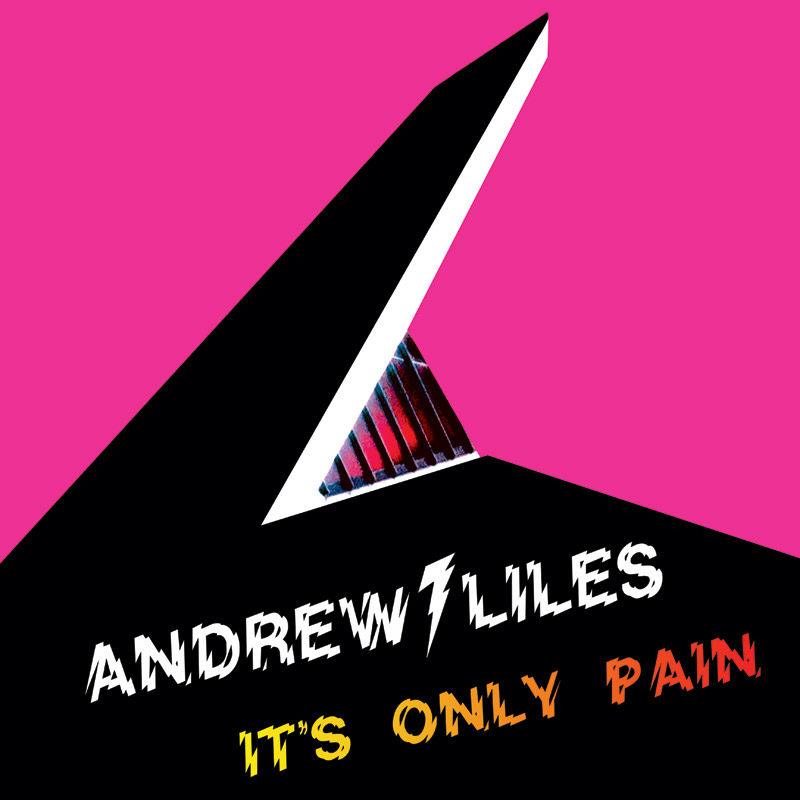 All the lyrics used on It’s Only Pain were written by Liles’ father, Michael Liles. They were discovered when clearing out his spare room after his death in 2017. The poetry was written sometime in the late 70’s and has been given a life here.

As with most Liles releases this recording covers a lot of styles, from heavy rock to psychedelia, and even a track that wouldn’t be out of place in a West End musical. It is a compelling album full of unlikely twists and turns, a unique homage to his dead father’s memory and words.

This album is issued in two sleeve designs, one cover is exclusive to Dirter, the other to Liles. There are also three different vinyl colours.

Andrew Liles, an important post-millennial part of the Nurse With Wound/Current 93 ‘family’, releases music at a fairly breathtaking rate, yet It’s Only Pain is described by label Dirter as his first “general release” since 2018. Never mind the taxonomy, clock the concept: all the LP’s lyrics were written by Liles’ father in the 1970s, discovered after his death, and are interpreted – often translated from English – by multiple guest vocalists. Many are already in the musician’s collaborative orbit, some are more surprising. My recollections of Mared Lenny’s late-00s music (frankly pedestrian Welsh language indiepop under the name Swci Boscawen) did not mark her as someone with a future appearing on NWW solo projects, yet here she is on opening song ‘Skid-Row Schizoid’, narrating bilingually over a song that’s a bit like if Van Der Graaf Generator had been an influence on Fourth World music.

Liles’ taste for dramatic arrangements can border on kitsch but more often charms. Karin Park, synthpop soloist and Årabrot member, leans into her roles with terrific relish, initially reading over sawing strings and clanging piano on ‘A Thousand Minds’ before adopting an operatic register for ‘Beyond The Cosmos’ and ‘Humanist’. Faust’s Jean-Hervé Peron hams it up spiritedly over ‘Down The One Side’s stern gothic folk and ‘Bywyd Llonydd’ revels in its diverse guestlist: Matt Davies, owner of a Welsh record store and a fine ‘dramatic reading’ type voice; Maniac, ex of black metal originators Mayhem; and Awen Schiavone, author of a children’s book about a penguin named Pedro.