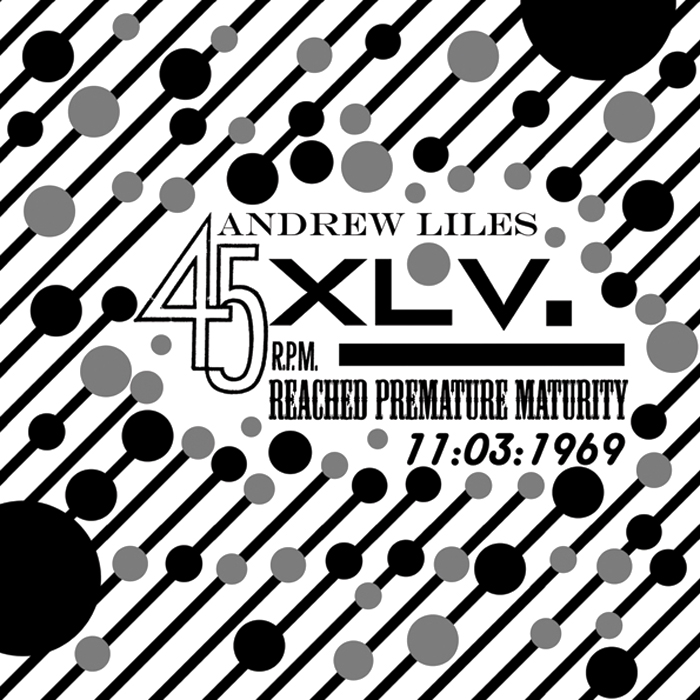 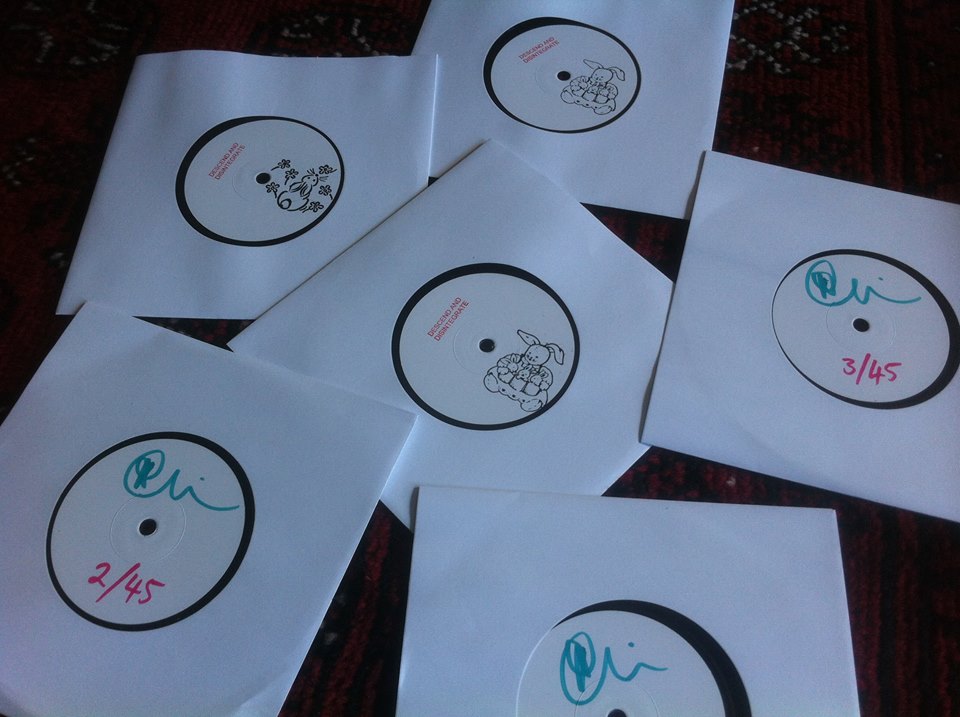 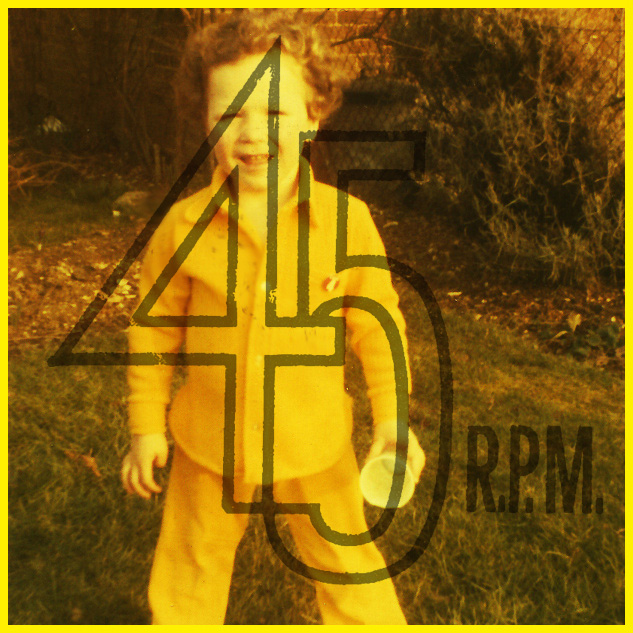 In conjunction with this download release was a 7″ test pressing, housed in screen printed sleeve with stamped labels, signed and numbered in an edition of 45 copies.

The download has 11 tracks all of which are 4 minutes and 5 seconds in length aside from the last track which is 4 minutes 10 seconds long. The total running time is 45 minutes, being a contrived reference to my age. The majority of track times (4.05) are a further allusion to my age and the number of tracks (11) being my date of birth.

The 7″ has remixed versions of track 6 on the A side and track 9 on the flip side, representing (19)69 – which denotes the year I was born. The overdubs used on these mixes were created by an i-Pad version of the VCS 3 synthesizer. The original VCS 3 was created by the Electronic Music Studios (London) Ltd. (EMS) and issued in 1969 (again, another reference to the year of my birth).

The download comprises of 11 tracks that were made on an i-Pad using a virtual ANS synthesizer. The images imported or drawn on to the synth were all references to either my date of birth, age, significant places and my name.

I used the ANS sound specifically for the reason that it has the name ‘Ans’, which in French translates as years. The word ‘years’ being a reference to the concept behind this recording.

Musically this release is a homage to early electronic music, vintage synthesizers, the BBC Radiophonic Workshop and the pioneers in electro-acoustic research.